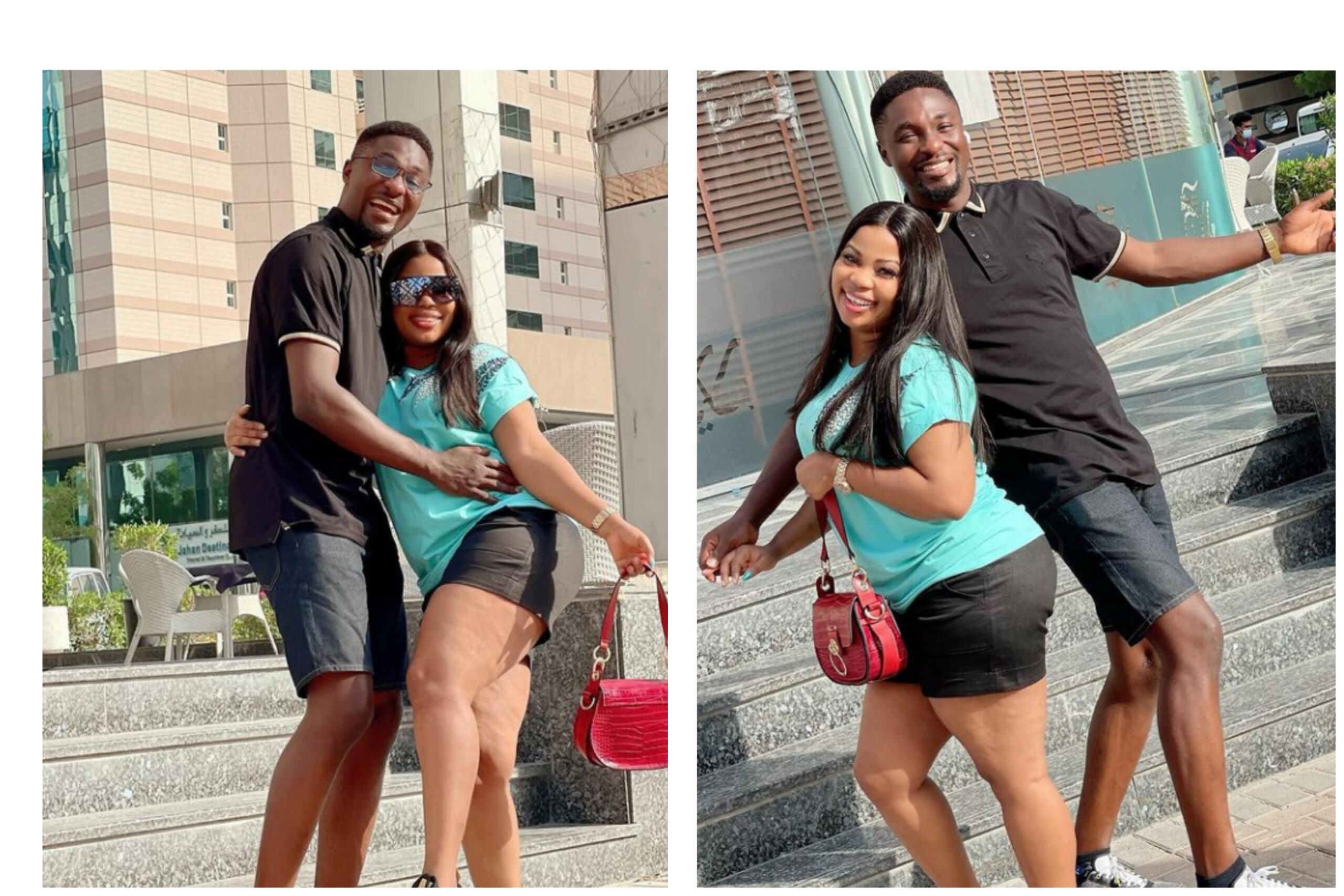 Adeniyi Johnson, and his partner, Seyi Edun, are turning heads on social media to dish out some couples vibes to their followers.

Taking to Instagram, Adeniyi Johnson shared mind-blowing pictures of himself and his wife on a romantic outing.

The couple were spotted in the pictures, laughing, strolling and dining, and giving us some romantic pose. The images were followed by a grateful and cheering word which says,

In response to the post, Seun Edun staked her claiming him by calling him mine.

Loyal fans of Seyi Edun and Adeniyi Johnson have taken to their comment section to shower them with prayers. Many prayed for them to have their baby soon.