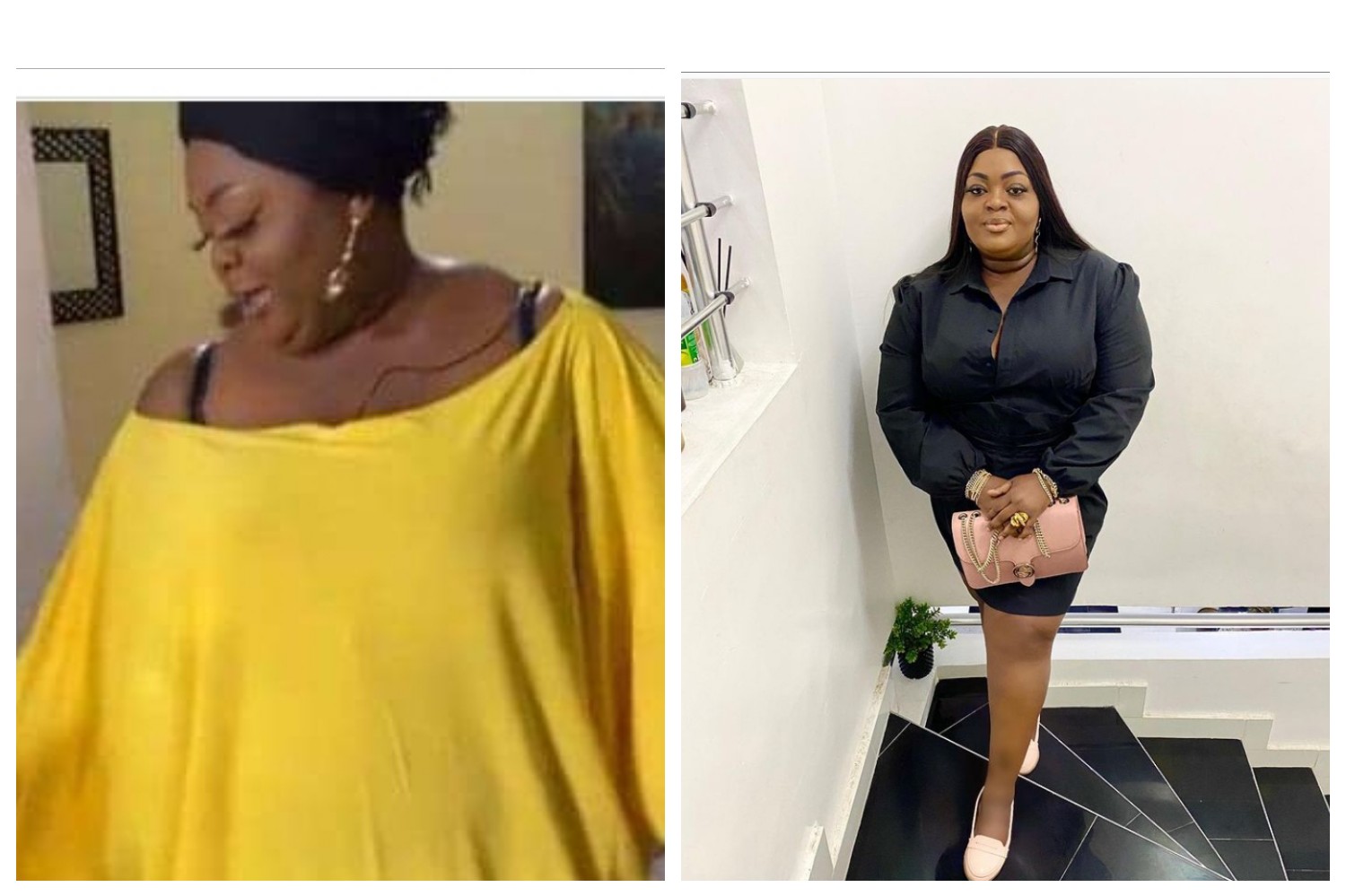 Nollywood actress, Eniola Badmus has taken to social media to lament bitterly on the oversized dress they gave her on a movie set.

What makes Eniola stand among others as an entertainer is a fact that she didn’t allow her size to define her value to society and constantly crack jokes regarding her size.

Taking to Instagram, she shared a video complaining to the cast and crew that everybody thinks she is the fattest being in the world as she displayed the loose-fitting dress she was given as costume for the filming.

Speaking further, she confronted the costumier to change her dress as she is not uncomfortable in it even after adjusting the dress to make it fit, it still looks clumsy.