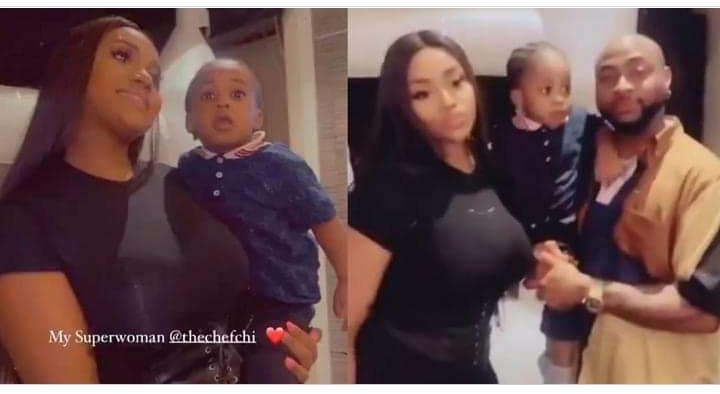 Chioma and Davido have not been seen together in public for a very long time – since their rumored breakup, but they put differences (if any) aside to host a star-studded 2nd birthday for their son, Ifeanyi.

Chioma took to her Instastory to share a video of singers, Davido smiling at her at their son, Ifeanyi’s second birthday party.

The birthday party was attended by DMW crew, family and friends.

See also  “You stood by me when people mocked me for not getting pregnant” actress, Bimbo Afolayan pours encomium on her husband, Okiki Afolayan

See some reactions below ;

I love this dude. Whatever it is – be a good parent. He knows this

See also  Chacha Eke is a ‘fierce queen’ as she celebrates 35th birthday with a new beginning, days after calling for help (Photos)