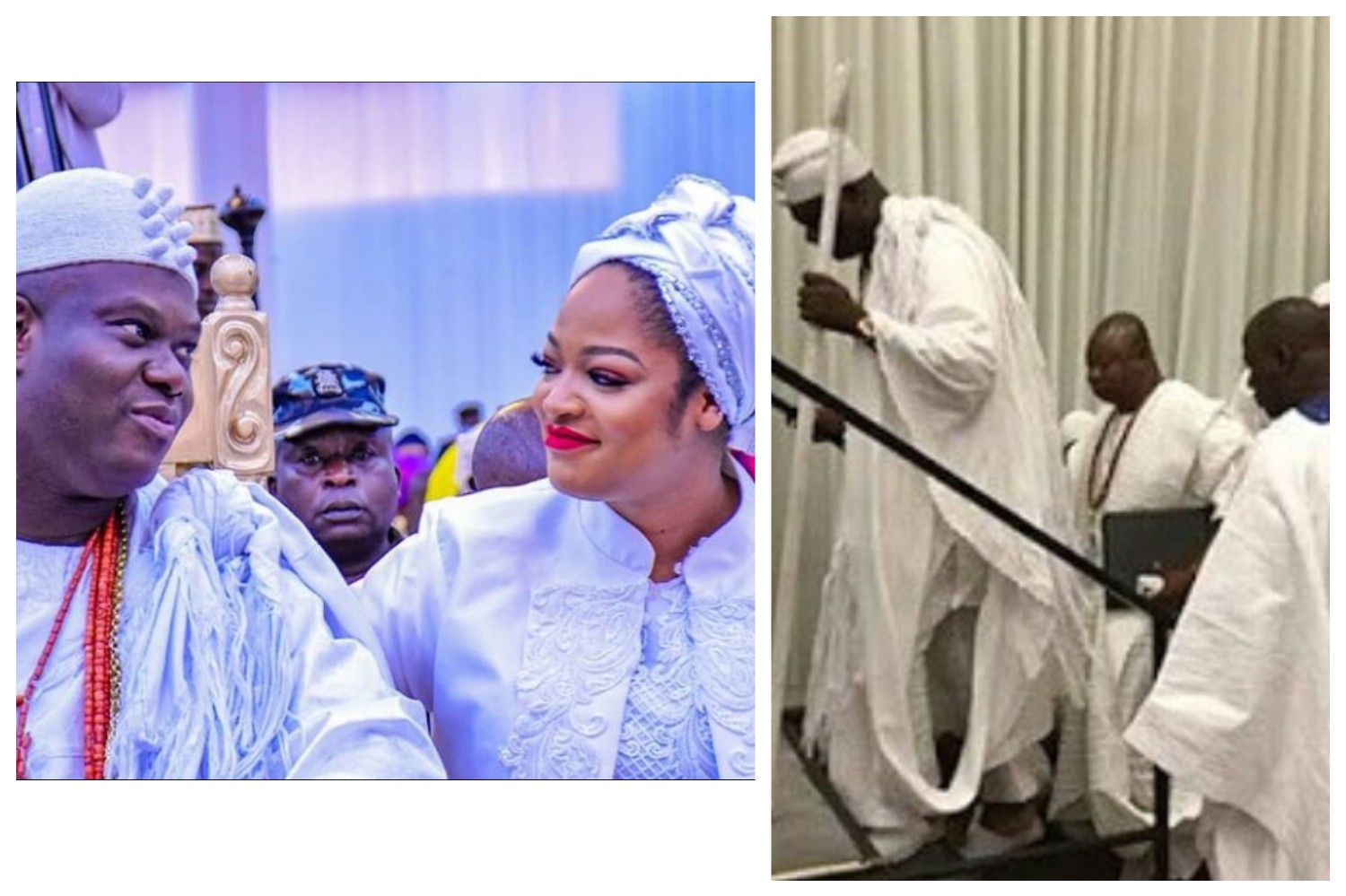 The Ile Ife traditional council has reportedly taken a decision to cleanse former queen, Prophetess Seyi Naomi’s aura from the Ooni of Ife’s palace, following her failure to return after her public announcement of her separation from the traditional ruler, Oba Adeyeye Enitan Ogunwusi.

This practice, which is likened to that of ‘Oro’ is a spiritual cleansing of the palace of unwanted persons and spirits. This simply means that Naomi’s flame will never rise in the Giesi royal lineage again. She is simply the mother of Ooni of Ife’s Prince, never a queen.

It was recalls that Queen Naomi, had announced on December 23, 2021, that she was no longer the wife of the Ooni. This, she disclosed via a statement posted on her verified Instagram handle.

Queen Silekunola gave many reasons for the crash of her marriage to the Ooni despite her acclaimed ‘enduring attempts’ to save the union.

Naomi left the palace as a result of the brouhaha in the palace, and she was conspicuously absent during the sixth coronation anniversary celebration. She even refused to put up a congratulatory message for the Ooni on social media unlike other wives and chiefs.

“The former queen and her family didn’t like one of the Ayabas, Princess Ashley. There was a time they were rude to her but the intervention of the Ooni put a stop to that,”

Naomi’s family threatened to beat up Princess Ashley, who is well loved by the monarch. A princess in Ile Ife, Ashley who shuttles UK and Nigeria remains one of the women in Ooni’s life. Though she cannot be Yeyeluwa because she had a child outside wedlock, Princess Ashley and some other women (Ronke Ademiluyi, Princesses Temitope Adesegun, Oloori Lola, Oloori Kemi B. Fadojutimi, Oloori Peju) aren’t making a U-turn on their decisions to be stuck to the Ooni forever.