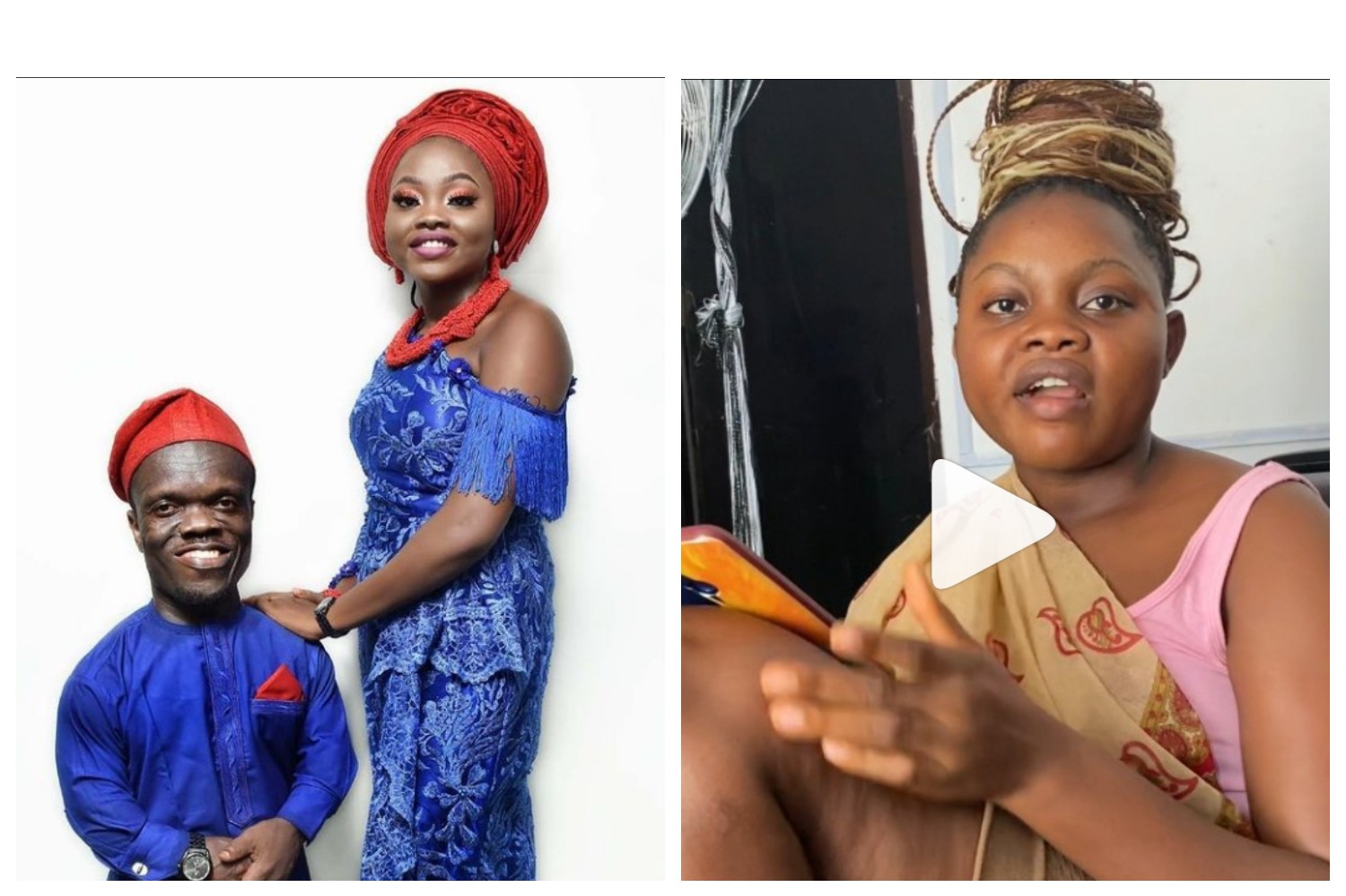 Ofoegbu Vivian Nkeiruka, wife of popular On Air Personality, Victor Nwaogu, better known as Nkubi, has revealed she was ridiculed and embarrassed when visited a market.

Recounting the story to her husband in a video posted on social media.

The OAP’s wife said: “I got to the market and someone was now telling me.I know you.I know you from somewhere. I was now waiting to hear the place where he/she knew me. He now said, I can remember you. You got married to that short man with a big head. Like seriously. Nigerians just rest”.

News recalls that Vivian had revealed that she approached her husband first after she saw him on her friend’s Facebook wall and sent him a friend request after she went through his profile.

According to her, although she reached out first, Nkubi was the first one to say, “I love you.”

Nkubi said love would always find people no matter what their stature looks like.

He said: “No matter what you look like in this world, there’s always somebody out there for you.”

Vivian stated that people might give them funny looks due to the physical appearance of her husband but she did not care.

She also enjoined single women to “grab” a man they loved no matter his appearance.

She added: “A man is a man, whether short or tall. A man is a man. If you see a man who loves and appreciates you, grab him.”