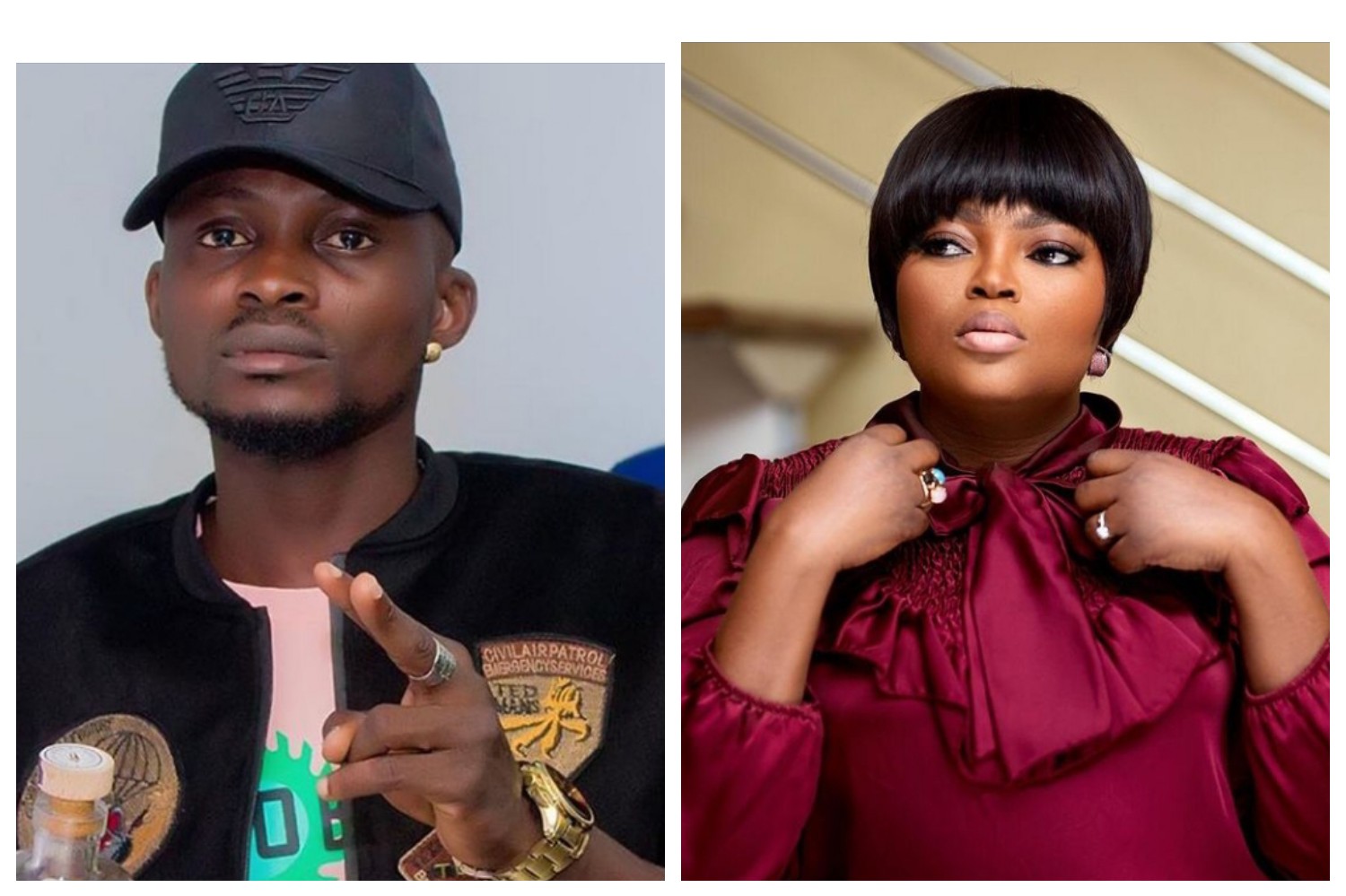 Following the speculations that Funke Akindele and Eniola Badmus are no longer on good terms, the duo rarely goofs on each other’s comment section or plays with words like they always do.

Taking to his Instagram page, Jigan Babaoja shared a photo of Funke Akindele saying his hand will soon touch her, adding he is boldly calling her out without any reservation.

It’s obviously a joke, but Funke Akindele reacted to the post saying Jigan Babaoja needs someone to help him reshape his face. See the conversation below:

Jigan Babaoja wrote: Very soon hand will touch this woman @funkeakindele I’m calling you out with my full chest

It was recalls Jigan BabaOja, in December 2021 emerged as the best actor in a movie titled ‘Inside Life’ courtesy of the Europe film festive award.

This comes a few months after Jigan lamented about consistently playing gateman roles in Yoruba movies.

See also  ‘Don’t call me lucky, call me Badass’ – Tacha brags how she makes her money

Taking to his verified Twitter handle, Jigan pleaded with movie producers to help his career by giving him other roles.

Announcing the latest achievement on his Instagram page, Jigan BabaOja expressed his excitement noting that he spoke what he wanted into existence, and it’s happening already.