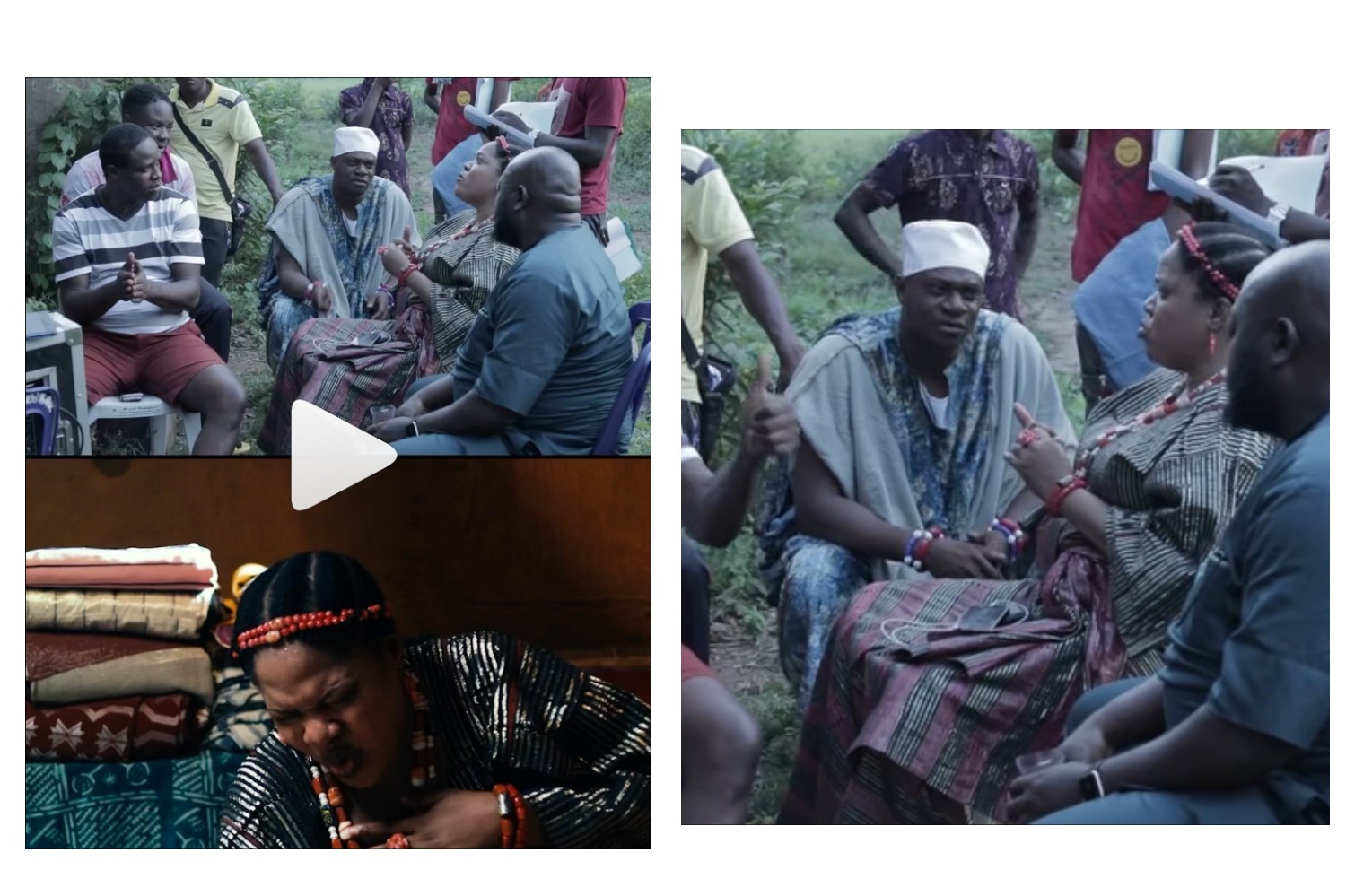 Despite being the highest grossing actress and one of the most sought after, Toyin Abraham still finds it hard memorizing her script and the actress isn’t shy to show off her vulnerable side.

Toyin who is currently shooting a traditional stage performance with Femi Adebayo and Odunlade Adekola took to her Instagram page to share a video of her memorizing her script.

See also  ‘Must you tell the world?’ – Reactions as Destiny Etiko gifts her gateman’s daughter scholarship to University level

In the movie, the actress is set to recite incantations and Toyin was having difficulties memorizing them.

Luckily for her, she had Odunlade and Adebayo by her side who were putting her through.

Toyin Abraham admitted on her Instagram that acting isn’t an easy, like many would assume but she puts all her best in getting things right.

8th of April we are coming”.