Moment little boy brings out ‘inner Spiderman’, sticks to the wall to escape being punished by his mother (video) 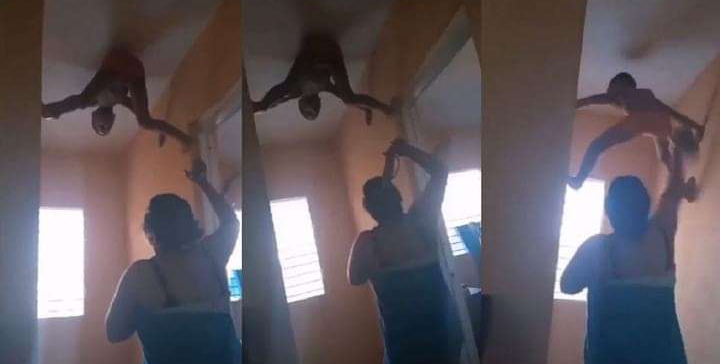 A viral video shows a young boy channeling his inner Spiderman to avoid being disciplined by his mother.

The young lad, who had apparently done something wrong and was about to be punished by his mother, hung from the topmost part of their house’s two-sided wall and refused to come down.The mother also didn’t give in as she kept stretching and attempting to hit him with a slipper she had in her hand while he was up on the wall. Watch video below