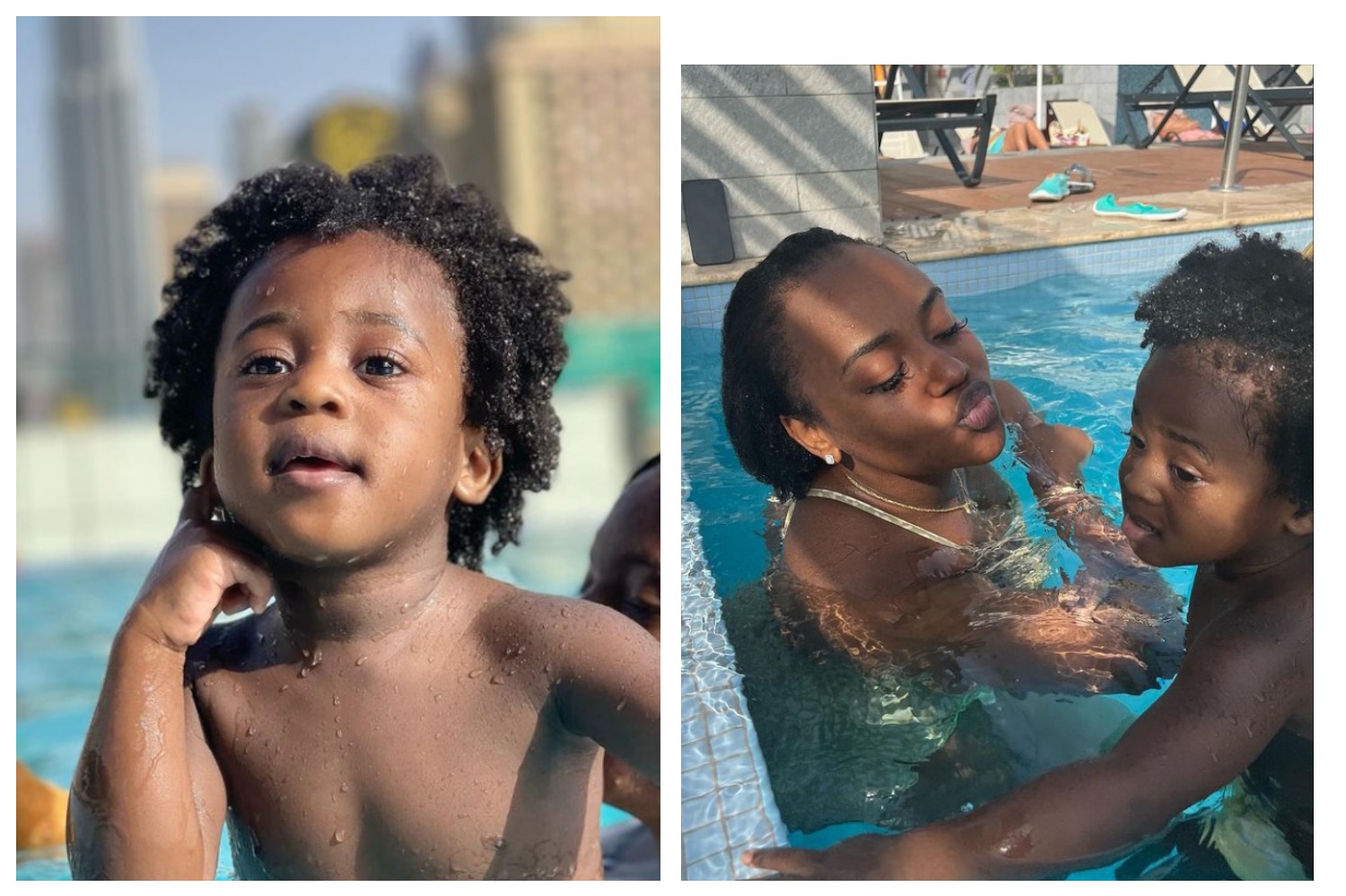 Nigerian singer, Davido’s third babymama, Chioma Rowland has left many drooling after she shared a loved up photo of herself and her son, Ifeanyi.

The mother and son are currently vacationing in Dubai and Chioma has been sharing adorable vacation photos.

Chioma Rowland shared photos of her and Ifeanyi in the pool and this has left many drooling over the adorable photo.

Chioma was thrown under the spotlight a week ago when Vanessa, the alleged side chick of Davido, dragged her for fighting every female close to Davido.

It was recalls Vanessa revealed that Davido chased Chioma out of Banana Island after she fought the lady in his Jowo music video.

Vanessa added that Chioma could fight everyone, but she is the wrong person to mess with at the moment.

Although Vanessa didn’t mention Nengi’s name, many fans speculated she referred to Nengi since she was the only public figure and main character in the Jowo music video.

See also  "I Don't Joke With Him" Popular Actress, Adekemi Taofeek, Says As She Shares New Photo With Her Husband (Photo)

She wrote: The same Banana Island he chased u out from and collected his ring from you after u fought the girl on Jowo video. All you do is to fight everyone but sorry u meet the wrong person this time”.