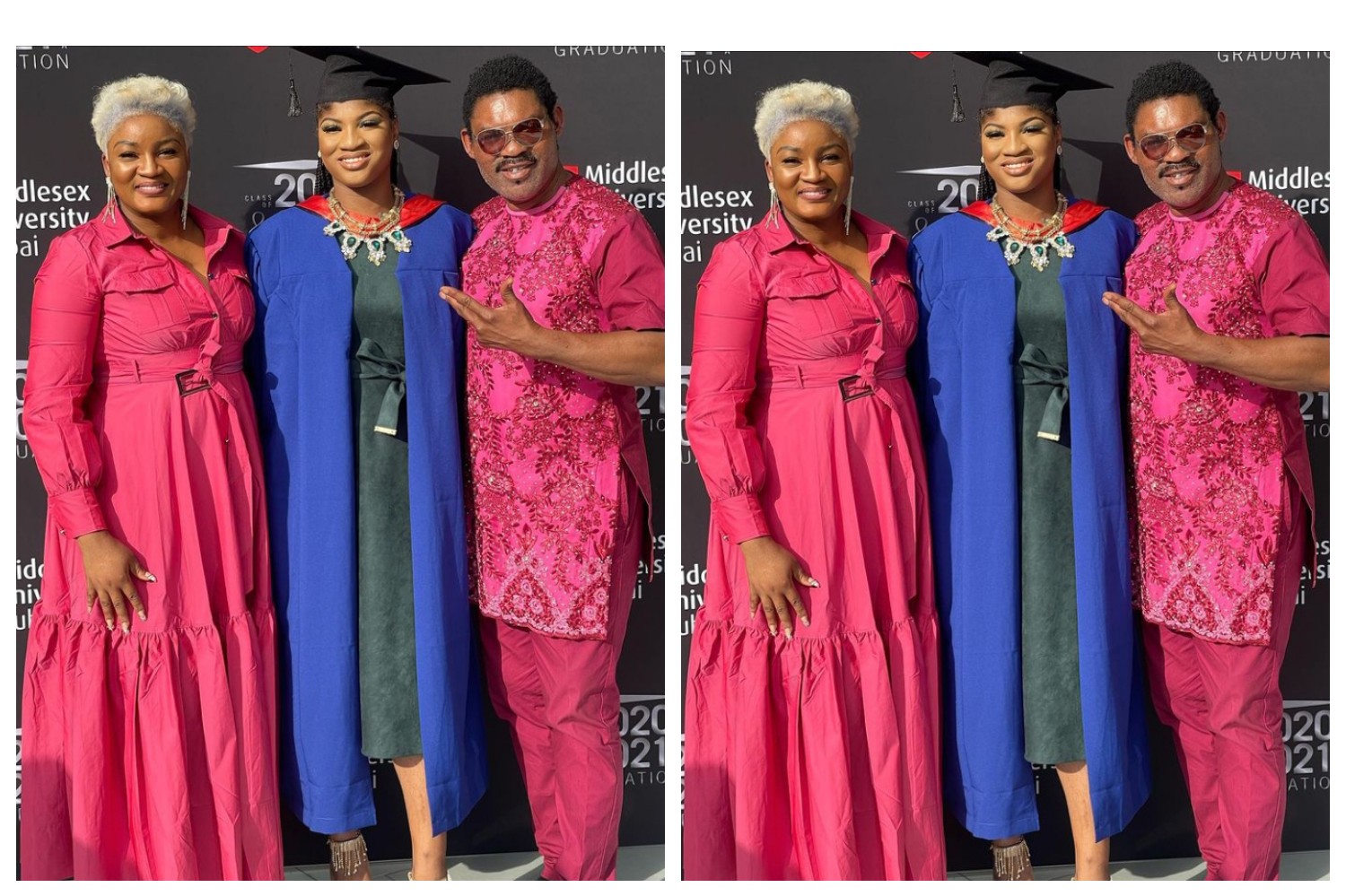 The excited mother let the news out via her verified Instagram platform where she revealed that the occasion which took place on Wednesday, March 23 was accompanied with two other great events.

Omotola Jalade popularly known as Omosexy revealed that that fateful day was also her husband’s birthday and their marriage anniversary.

She also appreciated her fans who celebrated her on her anniversary.

Sharing photos of the family at Princess’ graduation, Omotola wrote, “Yesterday 23rd of March 2022 was a very Special day for me. It was my Honeyboy ( hussy’s ) Birthday, My 26thMarriage Anniversary! and because God promised me everything now will be triple triple…? He put my first Daughter’s graduation on Same day !
So this is how we spent our day . It was a birthday/Marriage anniversary/Graduation celebration! 😅
Thanks for all your posts , messages , well wishes … Really Appreciated.
Do you love this ? And want God to do this and much more for you? With No bad belle, just say Congratulations! 😂
I wish you triple triple blessings too.”

Omotola Jalade Ekeinde MFR is a Nigerian actress, singer, philanthropist and former model. Since her Nollywood film debut in 1995, Omotola has appeared in over 300 films, selling millions of video copies.

See photos from the Princess’ graduation below…