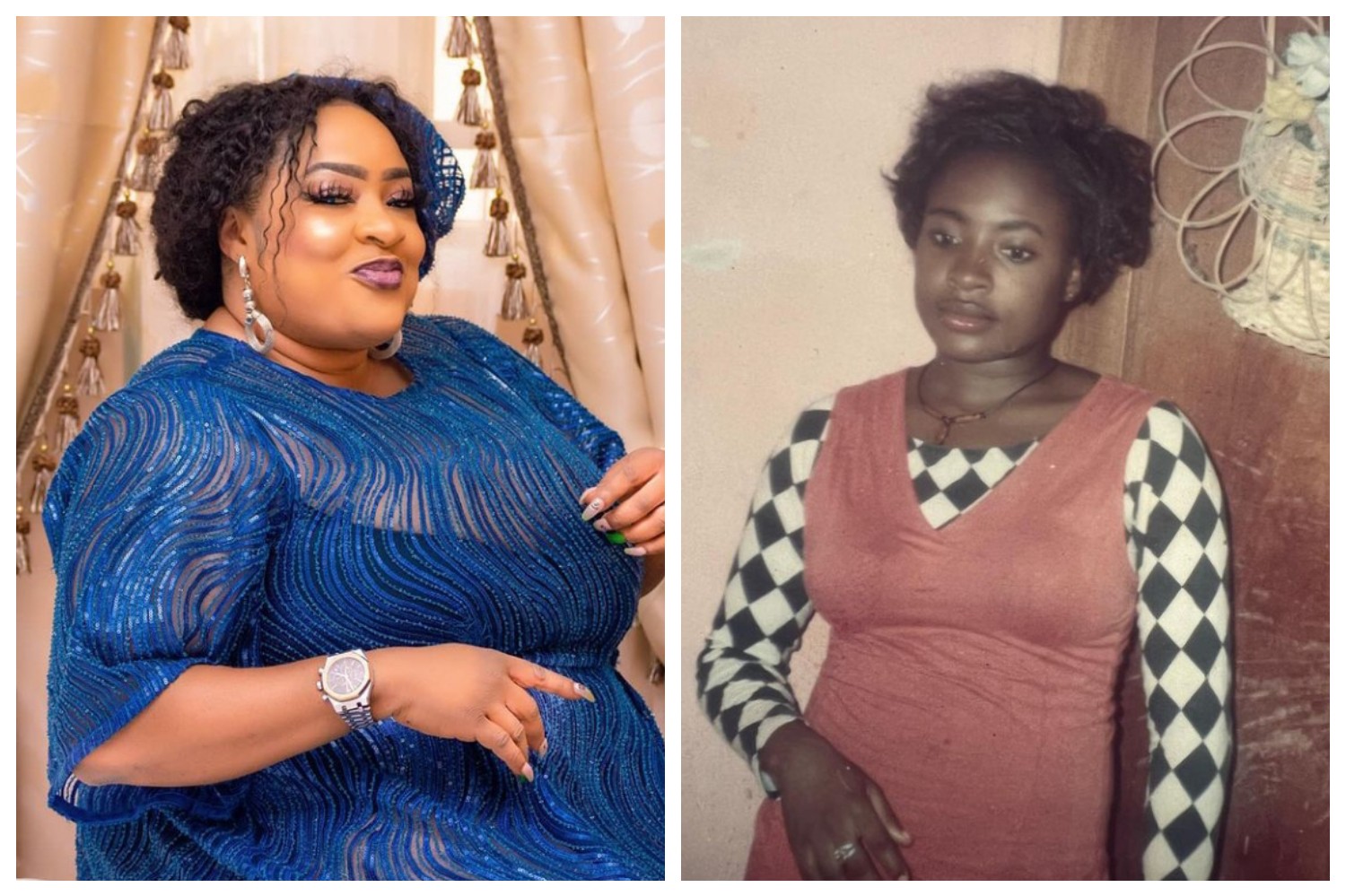 Nollywood actors such as Seyi Ariyo, Abiodun Adebanjo and lovely fans of Foluke Daramola have reacted to the amazing pictures shared on her Instagram page, as she stated in her post that her fans shouldn’t laughed at her. She was seeing in one of the pictures in matriculation gown with her friends in Obafemi Awolowo University. Foluke Daramola-Salako is a Nollywood actress, producer, film maker, humanitarian, Master of ceremony, brand ambassador, and brand influencer with about 850,000 Instagram followers, known for her roles in Yoruba movies. She hails from Ekiti State, Nigeria. She is the founder of “Action Against Rape in Africa”.
See also  Comedian Maraji unveils her son’s face (photos/video) Foluke made her debut in acting about 34 years ago when she featured in a series titled “Palace”. Ever since then, she has featured in several movies notably Above Love, Durodola, and Official Romance. Her film, Cobweb, which she produced and starred in got her African Movie Academy Awards as Best Supporting Actress nomination some years ago.
See also  Watch Video Of University Of Abuja Student Who Storms Exam Hall In Her Wedding Dress (Video)

She is beautiful, creative, versatile, and highly talented in acting and interpretation of roles given to her by the producers and directors excellently well to the admiration of her large fans. She can fit into any character in movies. She is one of the most sought after actresses we have in the industry. She’s no doubt a force to be reckoned with in the industry due to her unique way at delivery of roles. She is a caring mother of two lovely children.