‘He’s a betrayal to the youths, we’re not surprised’ Actor Desmond Elliot dragged after publicly declaring support for Tinubu 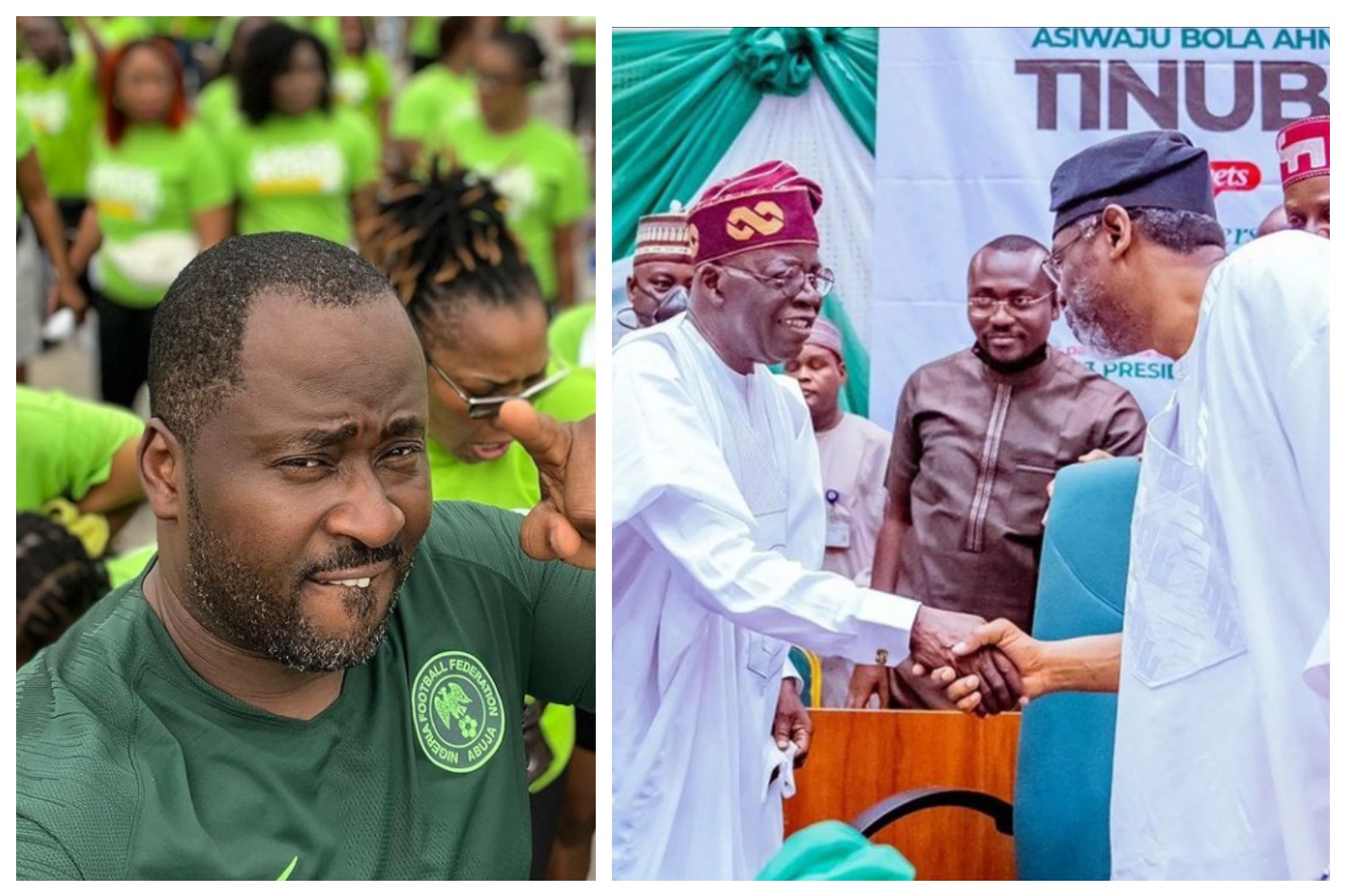 Desmond Elliot is considered one of the people Tinubu had helped secure a position in politics, and it is no surprise that he is supporting him.

Taking to his Instagram page, Desmond Elliot shared a photo of Tinubu and business mogul Femi Otedola at an event.

Desmond Elliot expressed optimism that Tinubu is ready for the job and they are standing on his mandate.

He wrote: Ready for the job .. on your mandate we shall stand.

However, many Nigerians seemed not surprised that Desmond Elliot is supporting Tinubu, considering how he betrayed the youths during the EndSars protest.

Some claimed that everyone and some celebrities are fighting for their pocket.

silvavalenti490 wrote: Desmond is a betrayal to d youths already

painheart043 wrote: Like play like play,this man will win…and then it will be multiplication of suffering for us…God forbid.

fredwardeze wrote: Everybody dey fight for him pocket, how d country wan better

It was recalls that a few months ago, Gistlover disclosed that Desmond Elliot‘s has a secret baby mama, who happens to be the elder sister of fast-rising actress Sophia Alakija.

From the chats leaked by Gistlover, the baby mama, who was identified as Halima Warde Laraba Rammal, was seen begging Gistlover to delete the post she made by exposing her as the actor’s secret baby mama.

Desmond Elliot’s baby mama added that she would make amends by correcting her baby daddy over the leaked video.

The father of four was also accused of allegedly having a secret affair with an alleged quack cosmetic surgeon, Dr Anu.

According to Gistlover, Desmond’s wife did not know about the actor’s extramarital affairs.

Since these cheating allegations against Desmond, he has been extremely quiet on social media, and he has also turned off his comment section to prevent the public from storming his page with negative comments.