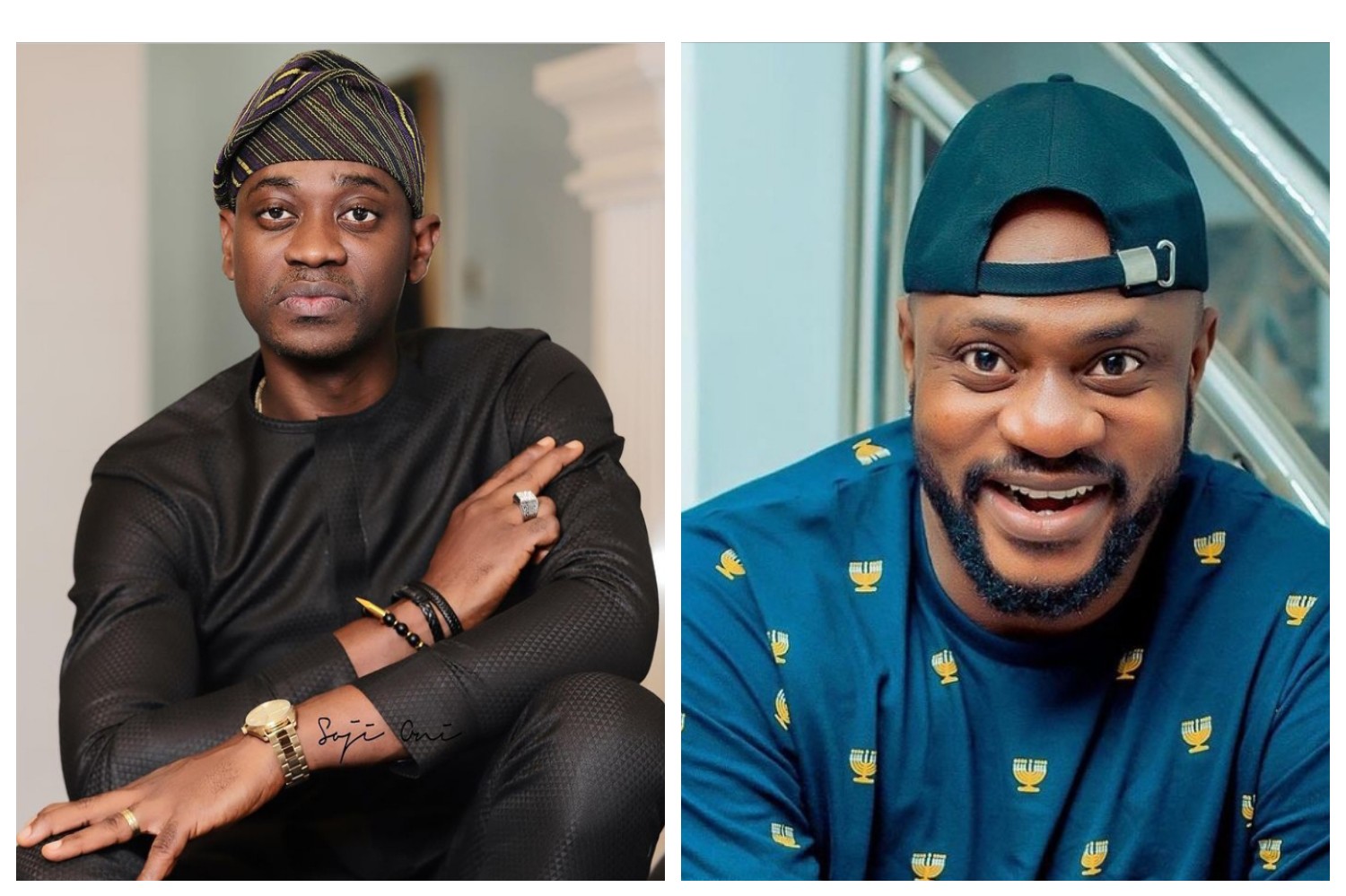 The First Movie Break Lateef Adedimeji said he was advised that in the Yoruba movie industry, one needed to belong to a group to be called for jobs. That was how he joined the likes of Afeez Eniola, Muyiwa Ademola, Bayo Tijani and began from there. Kudi Klepto was the movie that actually brought him to limelight. “It was by Yewande Adekoya and marketed by Olasco Films.

The first time I met Yewande was at a rehearsal and that was where we got along. Yewande has been in the industry for long and when she wanted to produce Kudi Klepto, she told me she would want to feature me in the movie.

The production manager and crew didn’t know me so they had to be showing them pictures to know it’s me.

But she told me I shouldn’t disappoint her at the production as she trusted me and knew I could do it. Eventually when I got the script, I had to lock myself up for like three days.

I kept rehearsing and eventually when I got to location; my expression was ‘wow’. My acting got me my first award in the United States of America, a BON award and so many others.” Becoming Who I am today From the kind of training Lateef received at the NGO, they were taught about 18 topics and all of these have actually been part of him. And it was actually the beginning of fame. And perhaps, fortune.

“How do I manage the fame?

The minute I had it in my head that I might blow, I started training myself on how to handle fame and package myself. I have always been told that whatsoever you do, be you famous or anything, you should affect lives and that has been my goal. So, more of what I do is to replicate the training from the NGO and blend into it.

What are you doing to make your talent stand out?

What can make you so different that when a hundred stars shine, they can actually single handedly bring you out and think you’re different. So those stuffs are actually what made me who I am.” A Flexible Style “Like Uncle Antar (Laniyan) once told me, the acting is in you but the ability is what makes you extraordinary.

So he merged it together and gave me the name Actability. You have the Actability in you and now everybody can act and can use words but how do you use your own words?

How do you play with your voice and what swag do you bring into your acting that’s basically what makes you different? In the Yoruba world, there is no characterisation or whatever as when you leave this location you go on another location and yet another one.

So basically I take my time when I get to location or ask the producer or whoever wrote the script that who is this character and can you explain this person to me? Apart from you telling me the story when you were writing, what character were you thinking about of this person? Tell me then I might be able to link it up to my person, assimilate it and fall into the character.”

The Challenges so Far Lateef says a particular movie, Ireje, is one of the most challenging he has had to handle. He said this was so because he had to switch in between different emotions. “At some time you laugh, then next minute, you cry. But the most challenging is by Muyiwa Ademola where I had to play hunter.

That (role) had to make use of eulogies and not being used to that character, it was a bit challenging for me. But of all the movies I have done, Kudi Klepto is still my number one challenging movie maybe because that’s the first movie I had to play a major role in it.

Though many admit that Adekola is his senior in the industry, Lateef is seen as the one that will take over that ‘slot’ in Yoruba movie hierarchy.

But Lateef says they get along very well. “The relationship is cool and for me it’s not always easy when you have a striking resemblance with someone and you are in the same field line with but I have come to realise and learn that I do not see any actor as a competitor. The minute you see your co actor as a competitor you want to start acting to impress and the minute you start doing that you over-act and people will notice it. So you must understand your own character and just let things flow. So another thing is that I see Odunlade as a good actor in every aspect and what do I gain from him? I sit to watch and learn from every other actor: Odunlade, Femi (Adebayo), Muyiwa (Ademola).

Then I pick from them and add to myself which brings a lot of value to me. We have met a lot of times and he would always tell me that if he leaves this work I take over as we purely look alike. But I said my character is different but he tells me you have to wrap it up. Nonetheless, it’s been fun all the way.” Antar Laniyan is My Role Model Lateef says Antar Laniyan, an actor of many decades experience is one man he has always looked up to. “There is this carriage he has and the voice. There is a way he plays with his voice and eventually when I met him on set for the very first time I received a slap from him and I was going to act normal as that scene is the very first scene and my line the very first. And I just said: ‘Yes you are my father’. And he replied that they should cut. He didn’t even correct me but just slapped me and I was confused. Then, he said, I should shut up that next time if you see it, is the first scene or first line it must be catchy so you must look for a way to play with your voice.

See also  My dad never remained the same since his “matter with the NDLEA” – Late Baba Suwe’s son, Adebowale speaks

He then asked me to take it again. He said there is a yes, a comma before the father so understand the line. You need to shout on your father that what he is doing is wrong so emphasise on the ‘Yes’. And I had to do that and I think that was the day he told me you have the ‘acting’ and ability’ so you have the Actability.

He is someone I have always looked up to. Eventually, when I got into the industry more I looked and searched for Ibrahim Chatta as he is another crazy actor. When he is acting, I sit to study the way he does his things and look at Odunlade as well but Antar is always someone I looked up to.”