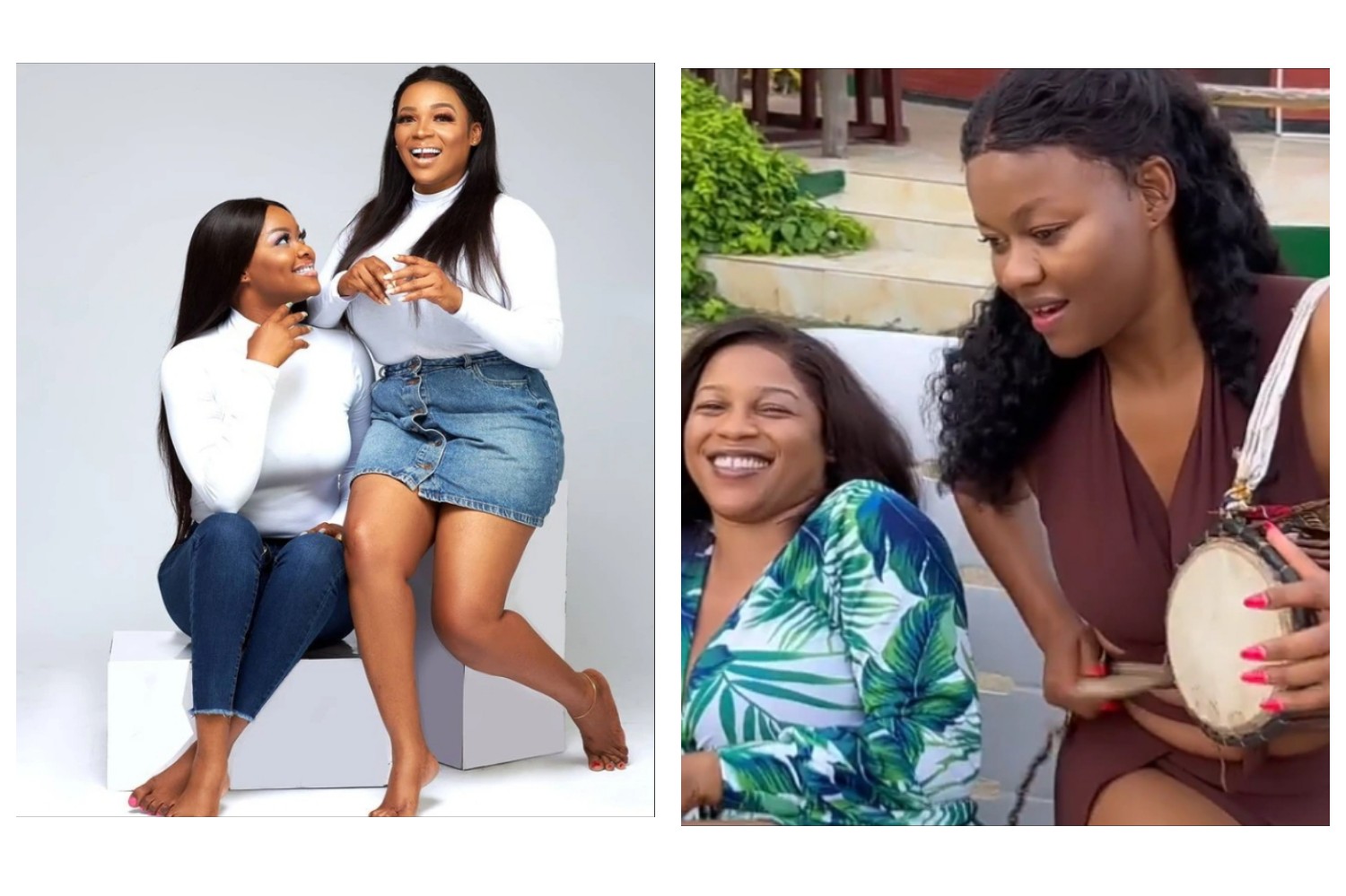 Birthdays are special because they remind the celebrant that they have spent another 365 days on earth. The celebrants use the opportunity to show gratitude to God and organize parties, while family members, colleagues, friends, and fans bring gifts and post their photos on social media.

One of the most talented and versatile actresses, who has been consistent for many years, is Kehinde Bankole. She and her twin sister, Taiwo Bankole, were born in March 1985 and just turned 37.

Kehinde has been active in Nollywood since 2003, she shared a video and some beautiful photos of her and her sister on Instagram to celebrate their birthday. In the video which she captioned, “I won’t stop harassing her”, she was playing a talking drum and both of them ended up dancing. See also  “Nothing can make me leave my husband, not even a side chick” – Actress, Rosy Meurer

Kehinde shared photos of themselves together, thanked fans for the outpouring of love, and told them that the two were sharing the together in a place that looked like a beach.