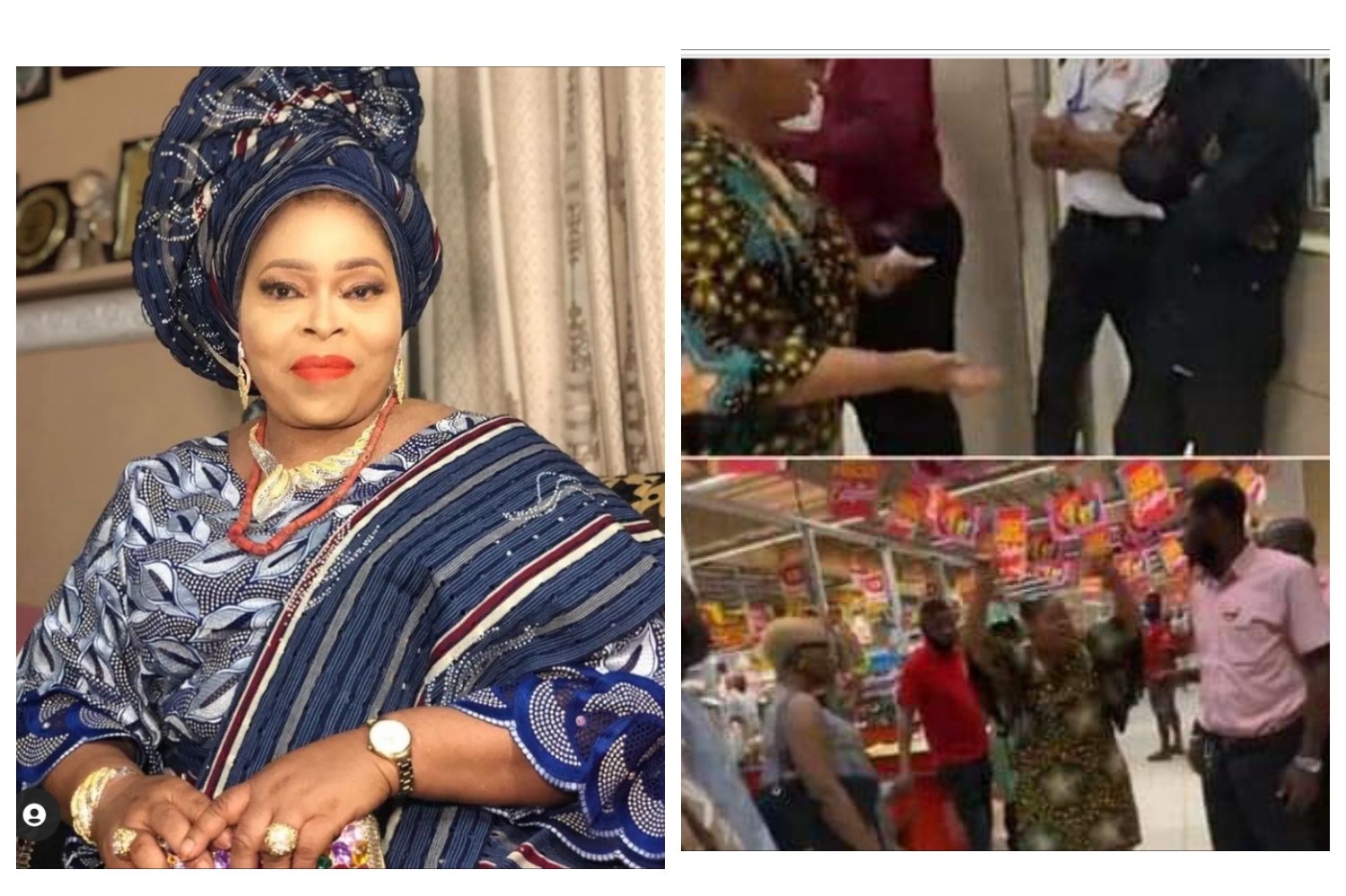 The actress stated that the security officials in the mall had accused her married daughter of shoplifting and had gone ahead to harass her.

Toyin Tomato who was over infuriated with their actions, was heard in the video, blasting a man who seems to be familiar with her family for keeping mute when they laid such accusations on her daughter.

The veteran revealed that she was coming from the hospital where she was hospitalized and taking medications.

She added that the news of the harassment and maltreatment given to her daughter made her leave the hospital to fight them.

Toyin vowed not to leave the mall till they call police to arrest her. She demanded to see CCTV footage as well as an explanation of how the alleged theft happened.

Toyin Tomato also threatened to sue the establishment if they do not provide proof of the allegation.