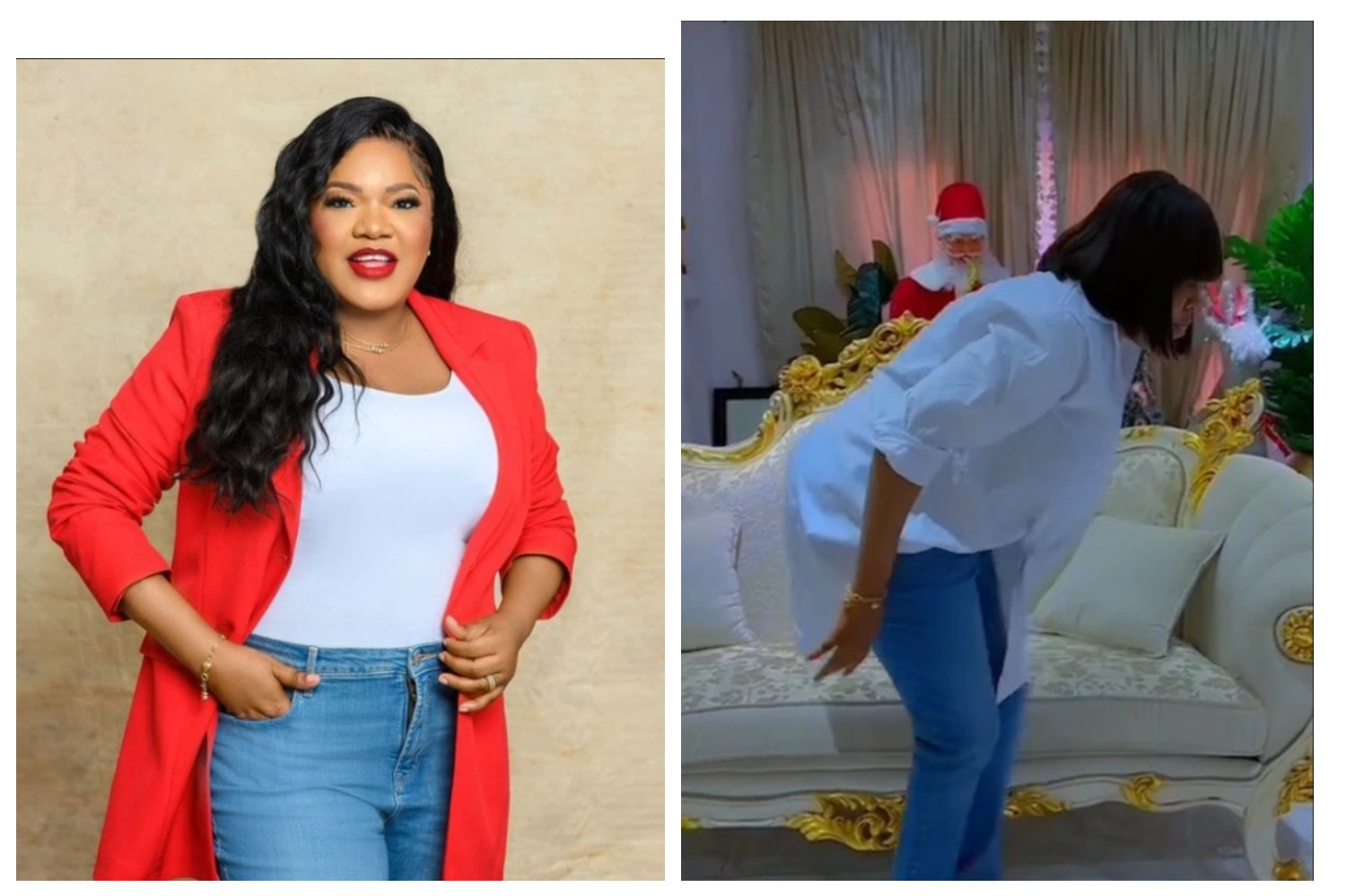 The popular Nollywood actress, Toyin Abraham, who is now known as Toyin Abraham Ajeyemi has caused reactions on social media, after sharing a video of her moonwalk dance on Instagram. The actress who said she can’t kill herself attempted the moonwalk dance and got her fans and colleagues asking what she was doing.

See also  Some Popular Celebrities That Have Pleaded On Behalf Of Zazoo Zeh Hit Maker, Portable

Moonwalk dance was common to the black American singer, Michael Jackson when he was alive. Also, the Nigerian duo singers, P-square have done it severally in their music videos and stage performances.

Surprisingly, a video was shared on the Instagram page of the Nollywood actress, Toyin Abraham recently. In the video, the actress attempted to dance and slides backward but she did not get it right.

Some of her colleagues could not believe what they saw and were prompted to ask under her comments section what exactly was she trying to do. While replying to the question, she told them that she was doing happy feet and moonwalk dance.

Check the screenshot images below to see how Mo Bimpe, Mercy Aigbe, Olayode Julianna, Aisha Lawal, Destiny Etiko, and other celebrities have reacted to the video.

10 Nigerian Actresses Who Gave Birth At A Young Age

10 Nigerian Actresses Who Gave Birth At A Young Age