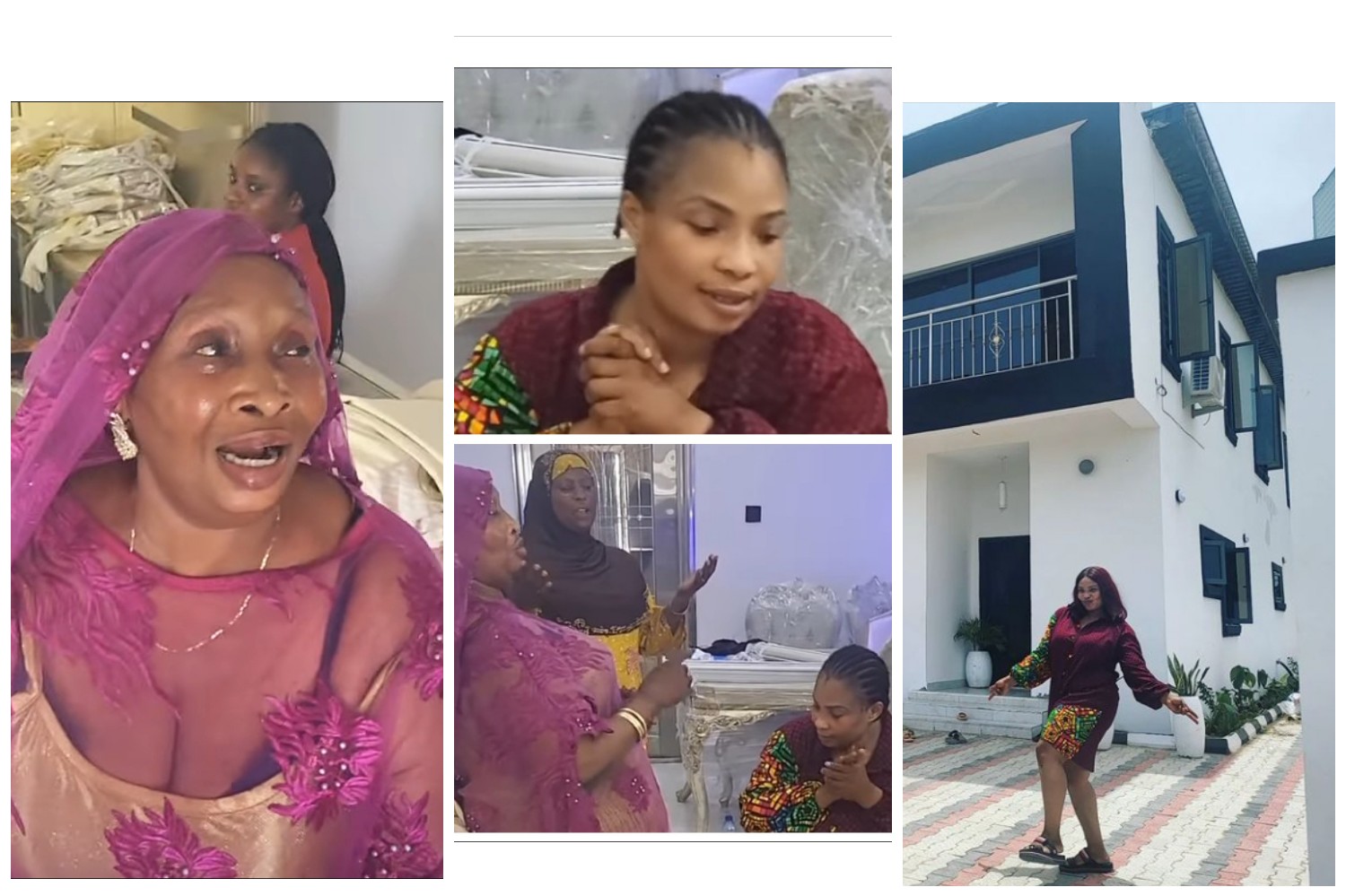 Popular Nigerian actress, Laide Bakare, is now the proud owner of a new mansion and she took to social media to flaunt it. On her official Instagram page, the movie star shared a series of photos of the impressive building and noted that it was her hustle, her effort and her reward.

See also  “Am Not A Prostitute, Am Just Doing All This On Instagram To Survive, They Have Use This Against Me Alot” – MandyKiss Open Up On Her Struggle (Video)

In another post, Laide Bakare was seen showing her aged mother the new property and she was left in awe. The actress’ mother then proceeded to sing and dance as she expressed great joy over her daughter’s achievement.

Not stopping there, she also showered prayers on the film star. According to Bakare, she has been making her mother proud since her teenage years. She also thanked her mother for being her driving force.

See also  “After Faithia’s party, my house warming is the next big event” actress Laide Bakare announces completion of luxury home in Lekki

See the heartwarming video below: