Korra Obidi’s estranged husband, Justin tags himself a “single dad” as he shares new photo with his daughters 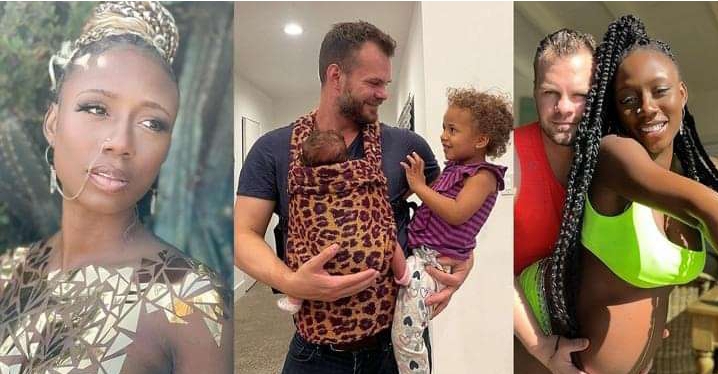 Justin Dean, the estranged husband of popular dancer, Korra Obidi’s, has described himself as a “single dad” in a new post he shared on his Instagram page.

This comes barely a month after he announced shortly after the birth of their second daughter that he was planning to divorce the dancer and singer.

See also  “I apologize to everyone that believed Korra and I had a perfect marriage” – Korra Obidi’s husband, Justin Dean

He said he wanted out of the marriage because Korra is a narcissist, a cheat, and he was treated like a prisoner in his own home.

While netizens thought there were pulling a grand prank on Nigerians due to the love and fondness they portrayed on social media, it is now evident that Justin is serious about filing for a divorce.

Taking to his Instagram page on Wednesday, March 31, Justin shared a photo of him carrying his two daughters and tagged himself a “single dad”.

According to him, being a single dad has been time consuming for him, but it has not been hard.

“Time consuming, but not hard.
#singledadlife,” he wrote.