Korra Obidi moves out of her estranged husband, Justin Dean’s house with her kids, shows off new apartment (video) 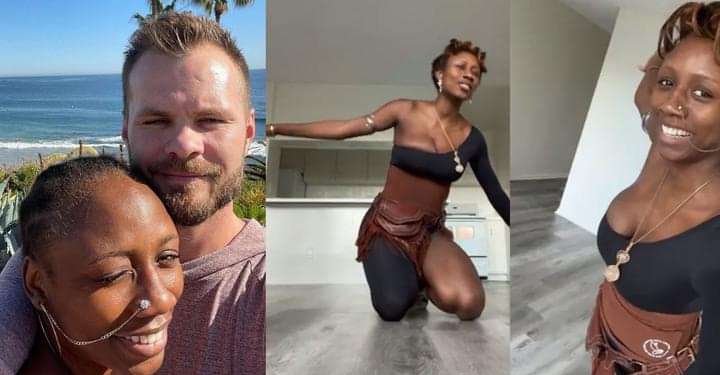 Popular Nigerian dancer, Korra Obidi, has moved out of her estranged husband, Justin Dean’s house with her kids.

The mother of two, who is currently going through a divorce with her American husband after four years of marriage, took to her Facebook page to show off her new apartment.

During a Facebook live session, Korra got down on her knee, expressed gratitude to God and showered prayers on her new property.

This comes after Korra Obidi’s estranged husband, Dr. Justin Dean, tearfully opened up on the reason their marriage hit the rocks.

According to the sports Therapist, his reason for divorcing Korra was because of her frequent statement about how much she regrets giving birth to June, one of which led to a forceful act that dislocated the baby’s arm.

In a lengthy live video on Facebook, Dr. Justin revealed that due to their messy social media fight, he dropped his kids at Korra’s house so he could go to work only to return to a month’s restraining order.