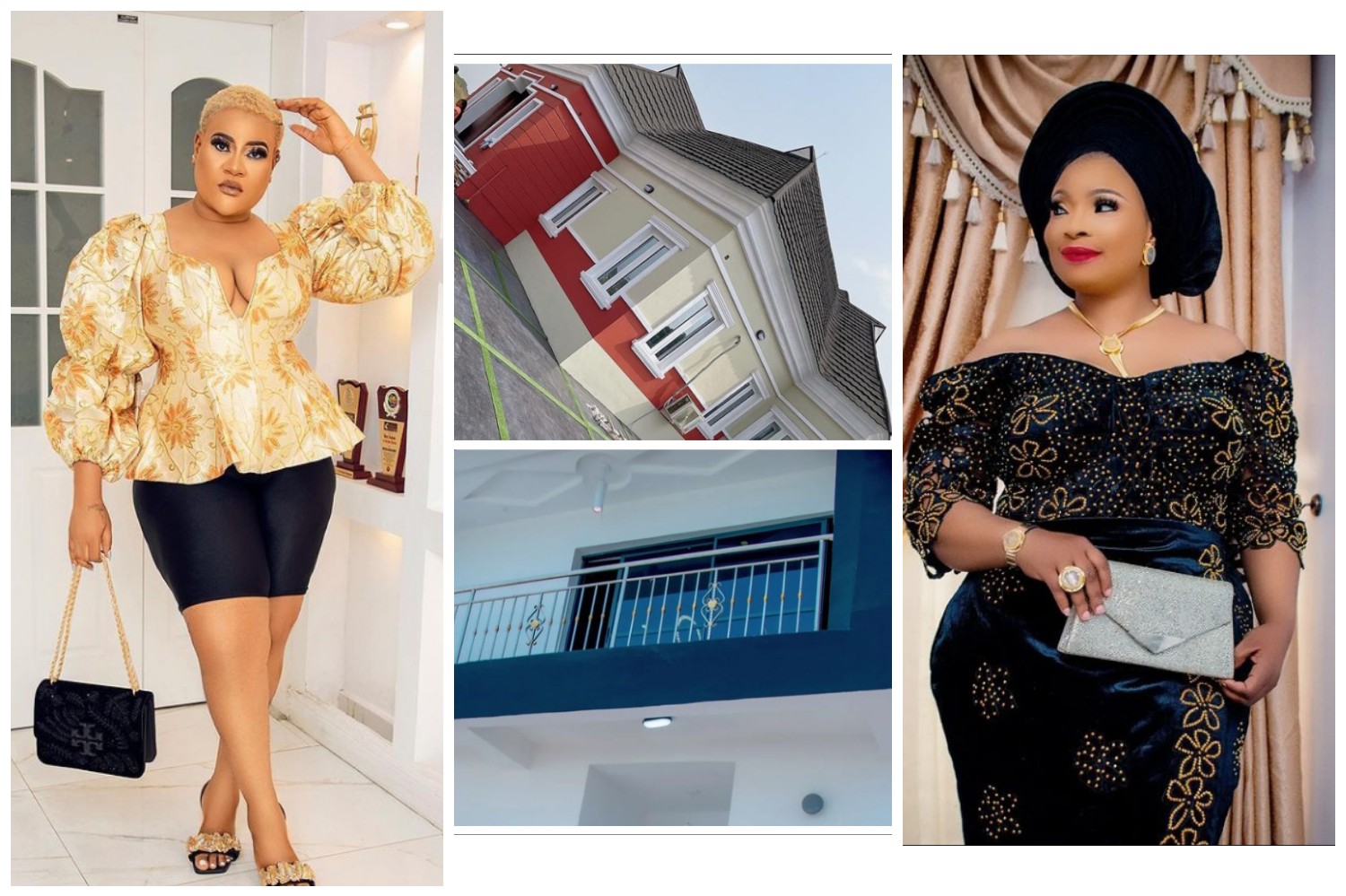 Nollywood actress, Nkechi Blessing Sunday has claimed that her new house which she unveiled in February, 2022 is worth a whopping N800 billion.

The actress made this known on her Instagram page as she subtly shaded her colleague, Laide Bakare.

Laide Bakare had stated that her new house which which she recently unveiled was worth 100 million naira.

Joining the bandwagon of fake life, Nkechi Blessing also revealed that her house is almost worth a trillion naira.

It was recalls that Laide Bakare revealed that her new Lekki mansion was worth 100 million naira.

See also  Reactions As Portable Made His Debut In Skit Making

She made this known as she proudly showed off some the interiors in her new palatial home.

Since Faithia Williams over the top bash on February 28, Laide Bakare didn’t stop teasing the world with updates on her new Lekki house.

In one of her numerous update of her house, Laide spilled that her house which she claimed was her fourth was worth 100 million.

See also  Congratulations To Actress, Laide Bakare As She Acquires A Mansion In Lekki (Photos)

Laide Bakare also showed off the interior of the house, which gave her accolades for.

Definitely, the actress didn’t lie when she said she was building a palatial mansion as all the designs, decoration and furnitures are top notch.