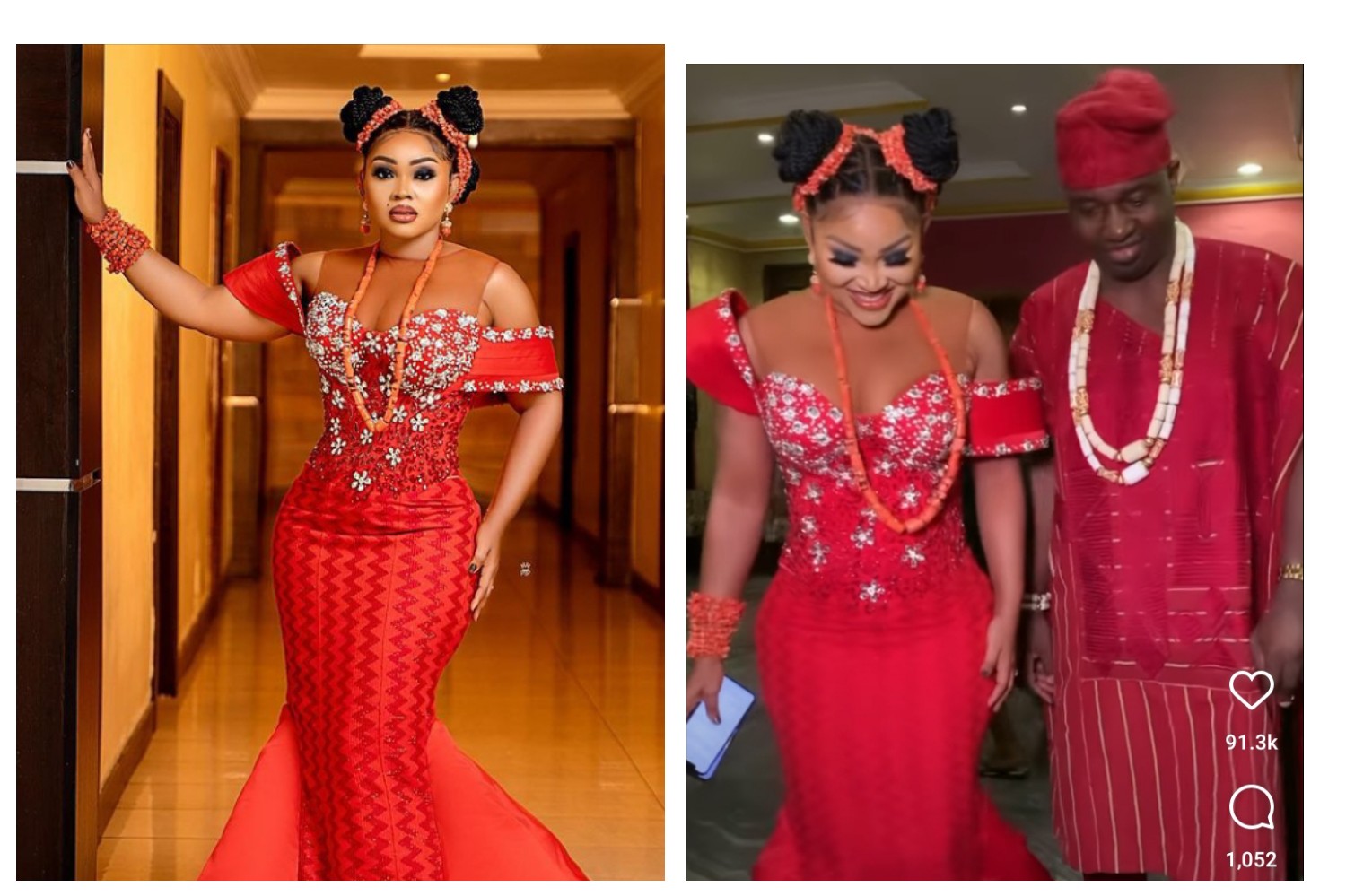 Mercy Aigbe, a fashionista, businessman, and Nigerian professional actress, best known for her Yoruba indigenous movies, just uploaded a new video of herself, beautifully dressed, while stepping out in grand for a movie premiere with her lover, Kazim Adeoti.

The award-winning actress was dressed in Benin royalty attire in the photo, which was shared a few minutes ago, while her now-husband, Adeoti, was dressed stylishly in Yoruba attire. The caption that accompanied the clip reads, “A Yoruba King and his Benin Queen.”

As expected, immediately after the post surfaced online, his fans, admirers, and other followers who came across the post, quickly rushed down to the comment section to drop lovely emojis and positive responses to compliment the lovers.