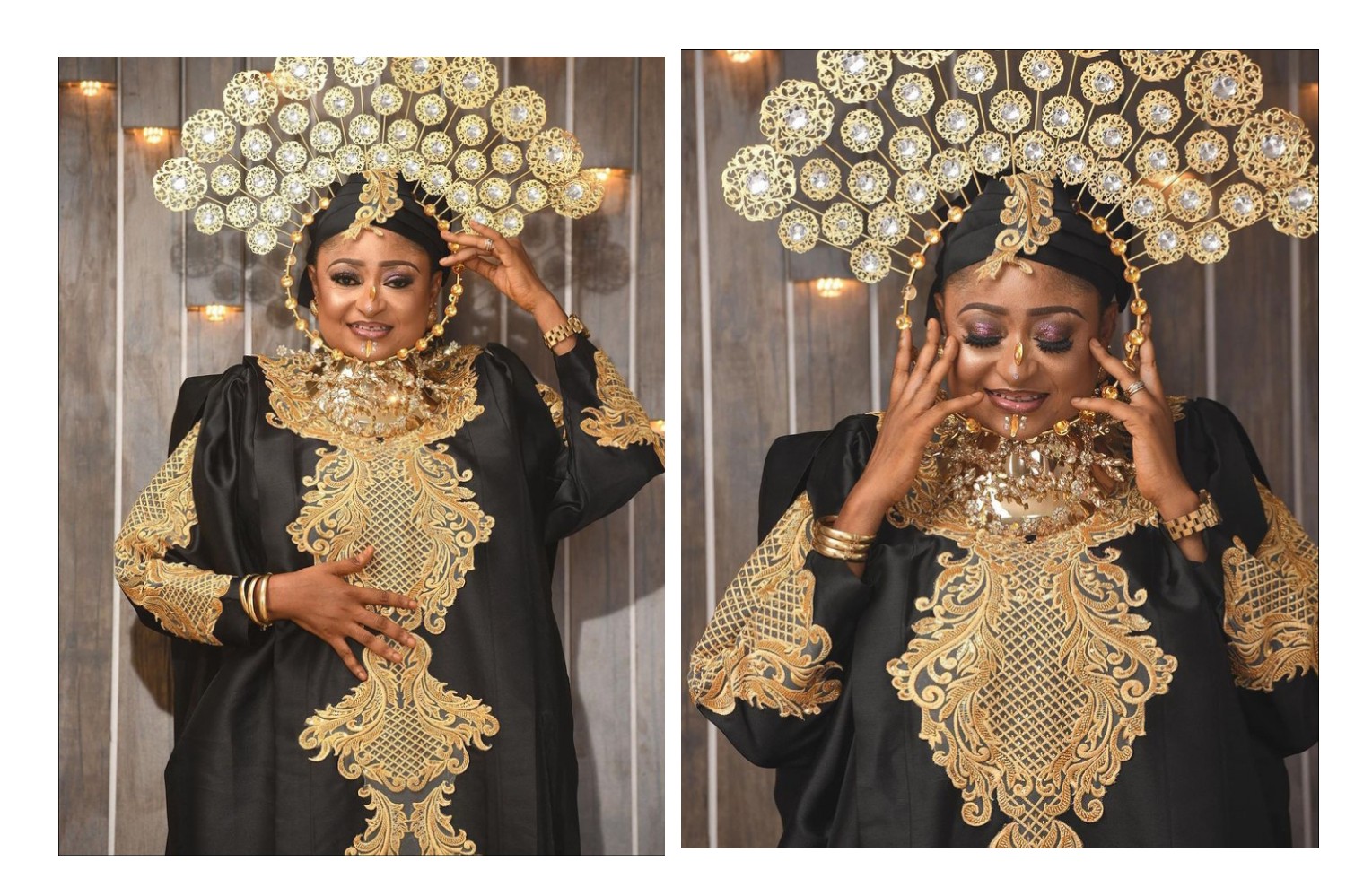 Nollywood actress, Wunmi Toriola and lovely fans of Ronke Ojo have reacted to the adorable pictures shared on her Instagram page in Royal dress as she posed in different styles. She is really looking like a Queen, beautiful, and gorgeous in her lovely dress. She is popularly known as Ronke Oshodi Oke in the movies, is a Nigerian Nollywood actress, film maker, Beautician, Producer, Master of ceremony, brand ambassador, and brand influencer with about 1,200,000 Instagram followers. She is known for her roles in Yoruba movies. Ronke Ojo’s journey into movie industry began with drama group called star parade but she became household name about 22 years ago when she featured in the movie “Oshodi Oke”. It was this movie she got her nickname.
See also  “All hail president KutiNation” – Yoruba Actor, Ibrahim Yekini aka iteledicon Jubilate as his movie ‘President Kuti’ hit 2million view on YouTube in 2weeks

She is beautiful, creative, and highly talented in acting and interpretation of roles accorded her by the producers and directors excellently well to the admiration of her large fans. She can fit into any character in movies. Ronke Ojo has acted alongside star actors and featured in several movies like Isanlaye, Abeke Eleko, Agbere Oju, Eesu, and others.