How did you become the CEO of another’s man company if you aren’t dating him? Nigerians query Nkechi Blessing as she fights dirty with blogger who exposed her affair with a married man 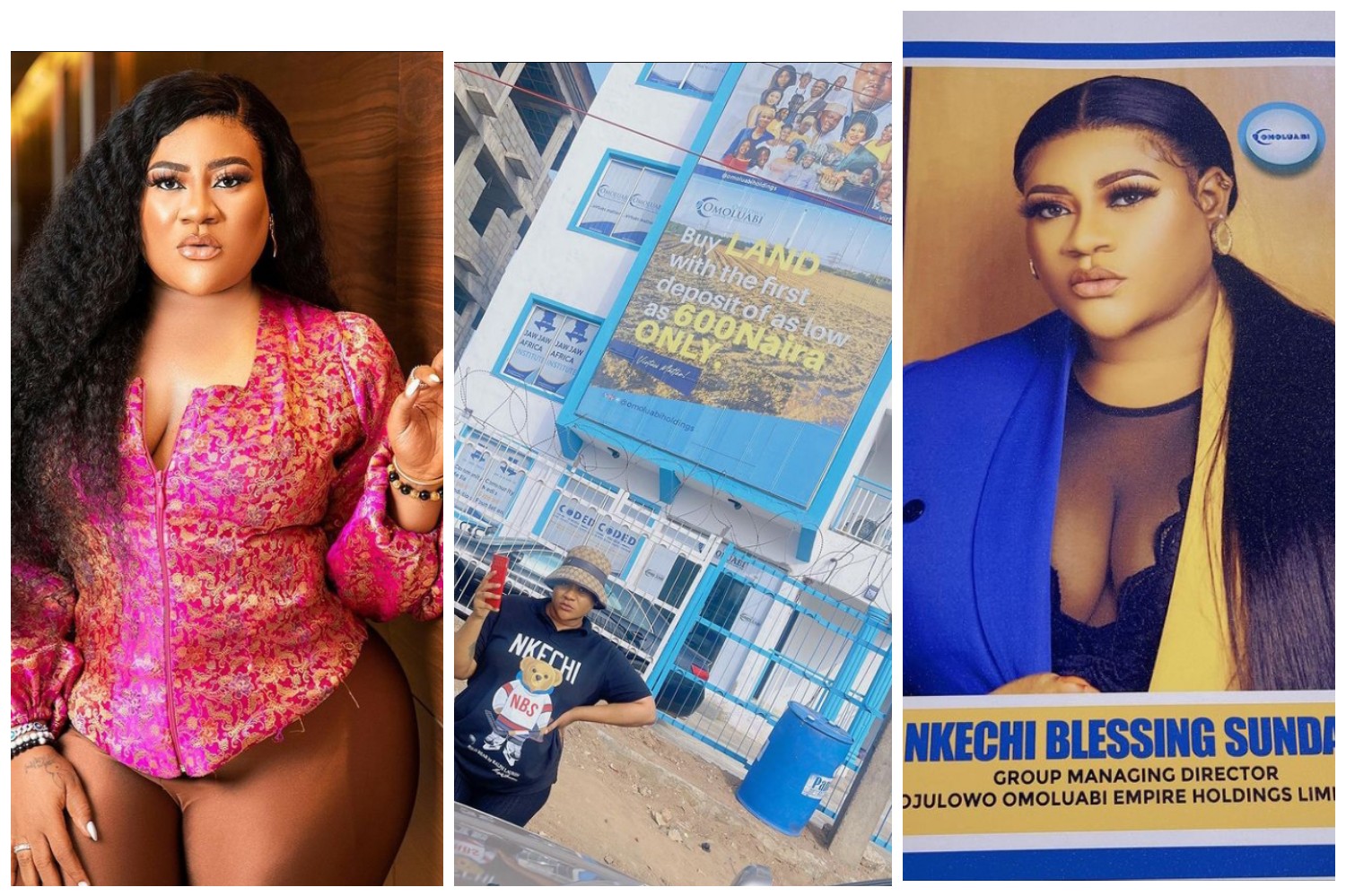 Nollywood actress, Nkechi Blessing has received queries from Nigerians over her position as the General Managing Director of Omoluabi Holdings.

It was reported earlier that Nkechi Blessing had been exposed for allegedly dating the owner of a Real Estate Company, Victor Eniola Mark, married with two children.

This came hours after her messy fight and breakup with her ex-husband Opeyemi Falegan.

Instagram blogger, Gistlovers had alleged that Nkechi Blessing, after her ambassadorial deal with the company, started having a romantic relationship with Victor Eniola Mark.

Gistlovers also alleged that Victor Eniola, a member of Jehovah’s Witness, dumped his wife and children due to his affair with Nkechi Blessing.

According to the reports, Victor Eniola spoils Nkechi Blessing silly, hardly stays with his family and has resorted to staying in a hotel with her.

Mark was sacked from Splash FM Abeokuta where he was GM then. Mark is a Jehovah’s Witness.
one thing led to another fiam dating enter the Matter, He started dating Omomi NBS, it got so messy that Mark’s wife had to report the case to the elders of their congregation for Jehovah witness.

He hardly sleeps home, spoiling Nkechi silly, give am lands still use am do the CEO of the company, say Na publicity stunt,Nkechi begin tell everybody say him don get real estate company not minding the wife who Dey with oga when noting Dey, not feeling for the wife, after the wife reported the matter to the elders thy tried to weigh in but it didn’t work”.

Reacting to the blog’s claims, Nkechi Blessing stated that she wasn’t a influencer but a GMD/CEO.

She warned the blog to take her name out of its mouth as she is ready to face the blogger.

She wrote, “Gistlover DO NOT call me an influencer, you and lies na 5/6 no let me and you wear same trouser thru out this 2022 cus I really get time, Tell your Fans I MADE you this popular, and without my gist you can never get the needed traffic on your on and off blog…Oma de see Oriburuki ninu Awe yo cus epe tin Ja e Already. Nkechi Blessing Sunday GMD/CEO @omoluabibuildings Take my name out of your mouth!!”.

Many didn’t buy the actress’s self defense as they questioned how she got to be a GMD of a didn’t own.

thirealmaxgram : The wife of the man is now the GMD ohh OK now I understand

omobolanle_ii : But wetin you dey make Dem dash you all this things? Abi

general_autos : Who made you the CEO….