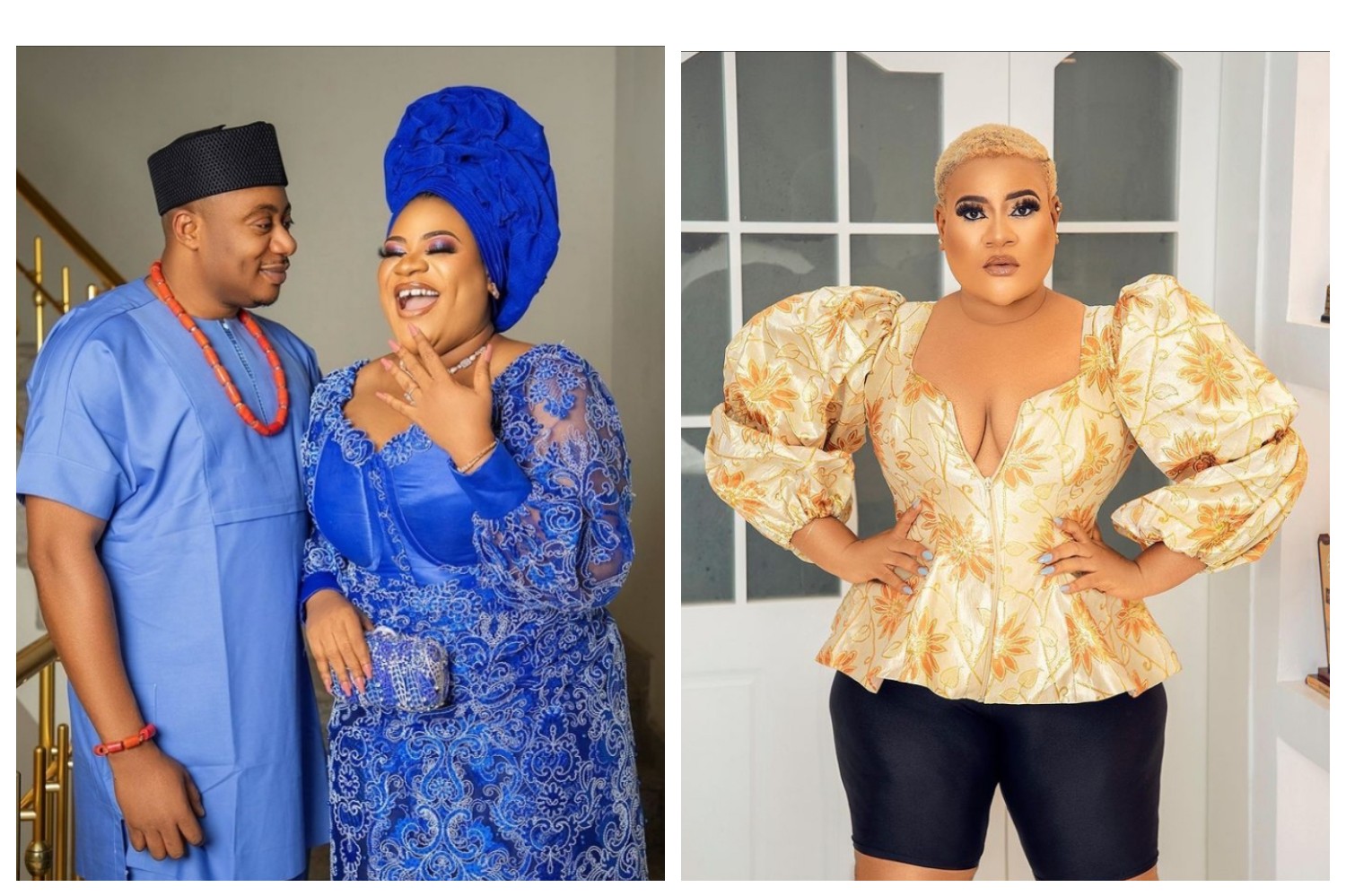 The popular Nollywood actress, producer, director, and social media influencer, Nkechi Sunday Blessing, popularly known as Nkechi Blessing has revealed why she broke up with her new husband.

Nkechi Blessing did a live video on Instagram to address her marriage issue, in the video, she said, she has been pretending that everything is working perfectly but things are not working well in her new marriage.

She asked herself; “you don’t have money and big manhood and you want to Marry Nkechi Blessing?” She answered; you must be joking”

She said; she has been satisfying herself with vibrators because her man can’t satisfy her on bed. However, she added that a hard-working woman deserves a man who can support her

See also  Why are you exposing me? Actress Iyabo Ojo berates her colleague Nkechi Blessing

In the live IG video, she showed different size of vibrators for her fans to believe that she has been satisfying herself with vibrators.