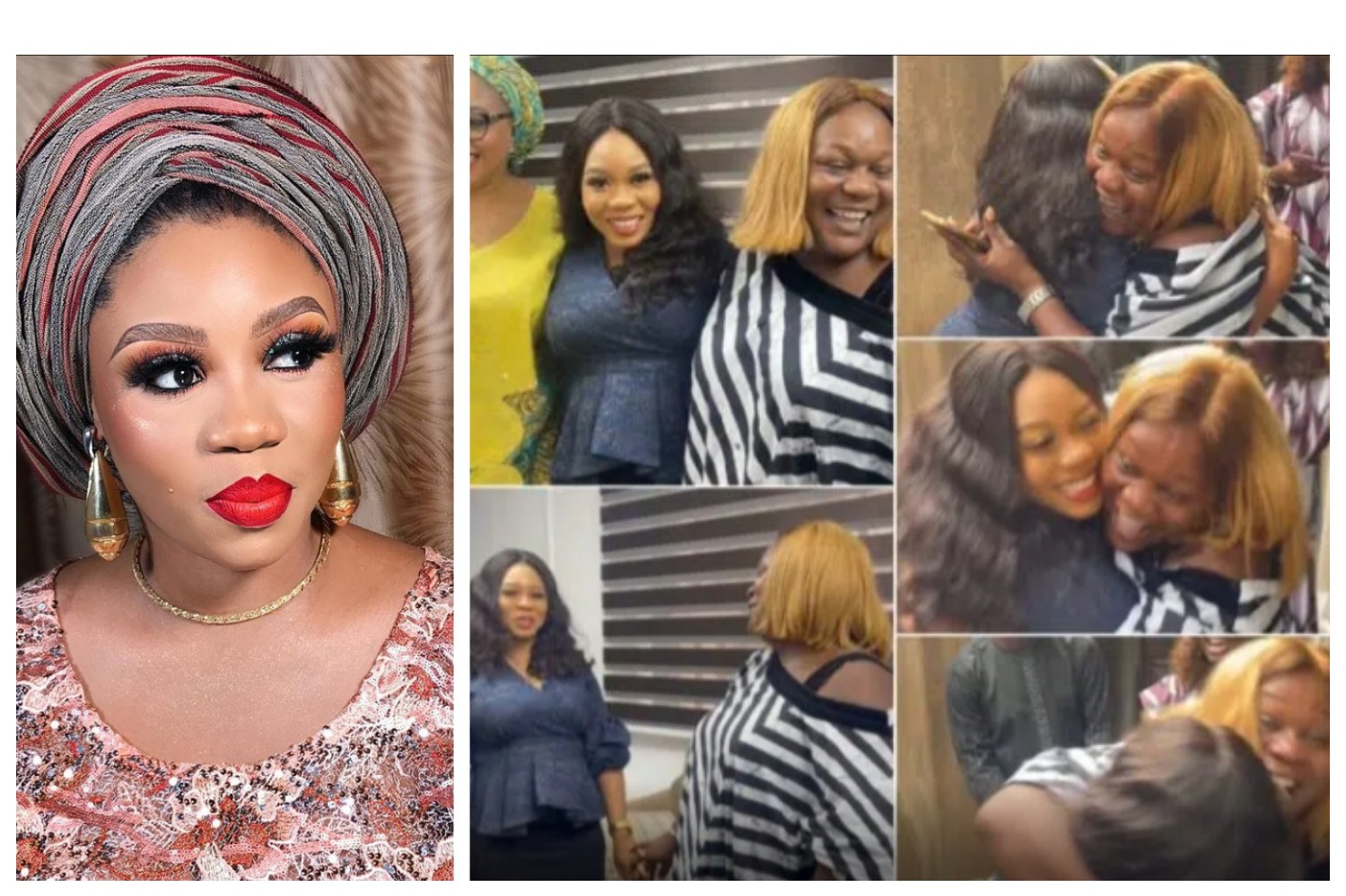 Nollywood actress Wumi Toriola has won the admiration of her fans as she went all out to surprise am older fan.

The actress revealed that she was contacted during the week to surprise a lady on her 50th birthday to which she agreed.

Wumi recounted how she made all the plans and arrangement to make it a memorable one for her fan after she spoke to her husband and he told her how much his wife adored the thespian.

She prayed for the fan to be good health and for her happiness not to worn out.

She wrote, “Goodmorning lovers. During the week, a lady contacted me and wanted me to surprise her sister for her 50th birthday, we were still talking but yet to give me address details and boom, the celebrant’s hubby called very late last night… He didn’t even know someone was already talking to me about surprising his wife… He told me how much the celebrant loves my job and my person… He told me beautiful things about his wife, told me how loving she is and how she has made marriage beautiful for him… At that point I knew I would love to see her. Her husband BROUGHT me in AT ALL COST..And I showed up, met the beautiful celebrant so full of life with beautiful people around her. And this is my wish to my beautiful fan/celebrant, Aunty @bankresscaterimg I wish you good health. The few minutes I spent there, I can say that you are a happy person. May you continue to be happy all through the days of your life. Happy 50th birthday ma and I forgot to say “50 looks good on you”.

Nollygistvibes recalls Wumi Toriola had reacted to the continuous comparison of her and her colleague, Mide Martins.

The actresses are well known for their love for drama, violence and fights.

The Yoruba actresses who have become very skillful in interpreting an “abusive or dramatic” role are very good at insulting or degrading people as well as causing havoc.

The two role interpreters are starring in a yet to be released movie, Oko Mi with Femi Adebayo among others.

Having two drama queens under the same roof has made many anticipate the movie.

The casts have been sharing snippets from their shoot and many are eagerly awaiting the release of the movie.

As Yoruba movie lovers await the movie, many have taken to their Twitter accounts to pitch the actresses against each other.

At the time of reporting, Mide Martins was trending on Twitter because of her violent nature in movies.

Tweeps are having a field day comparing the actresses together.

Reacting to the various tweets, Wumi Toriola made it clear that though she loves healthy comparison, she isn’t competing with anyone.

However, she wants them not to forget that all actors are unique in their own ways.

Wumi appreciated her fans for loving her craft and wanting the best for her.

She reminded them that she is still a work in progress and is growing and learning.