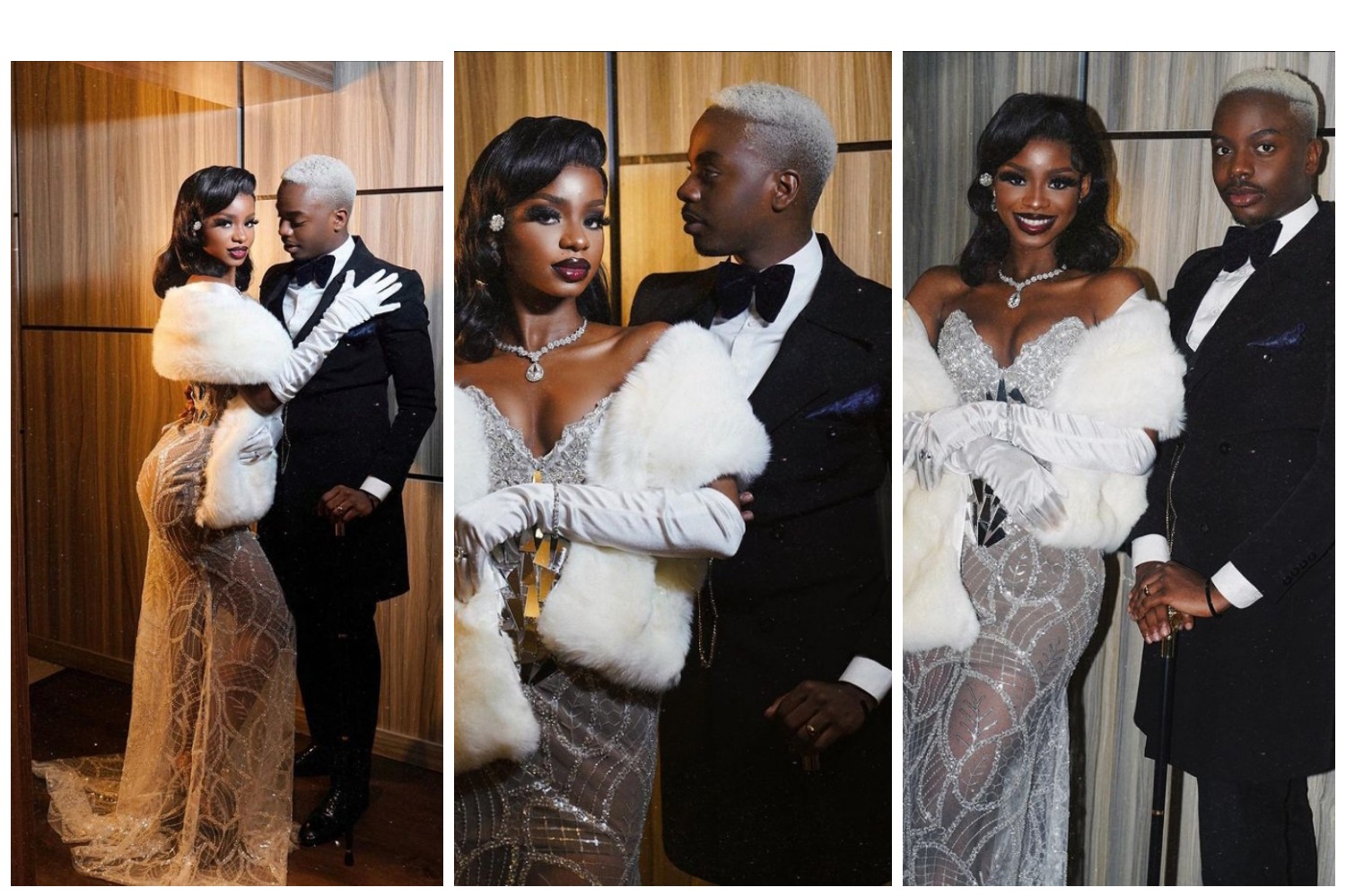 Nigerian writer, a public speaker, art director, media and communication specialist, Enioluwa Adeoluwa has sparked reactions online after he shared stunning photos of himself and Iyabo Ojo’s daughter, whose real name is Priscillia Ajoke Ojo, on his social media. He shared the photos on his verified Instagram account few hours ago and many of his fans and followers has reacted to his post. Enioluwa Adeoluwa, who is popularly called Beauty Boy, was seen wearing a black suit while, Priscillia was spotted on a white gown. The photos appeared to have been shoot at a event and both guys surely had a nice time together. In one of the photos, Enioluwa held Priscillia’s waist with his right hand, while Priscillia placed his right hand on Enioluwa’s chest. One thing that their fans are sure of is the fact that both Enioluwa and Adeoluwa had a good relationship as both looked stunning while posing in front of the camera.

See also  “Majority of babes who pose for the camera with their backs have nothing upstairs” – Ugezu Ugezu.

Speaking furthermore, Enioluwa penned the following while uploading the photos; “The year is 1925! @liquorose called once again for the Gatsby party!” See some screenshots below