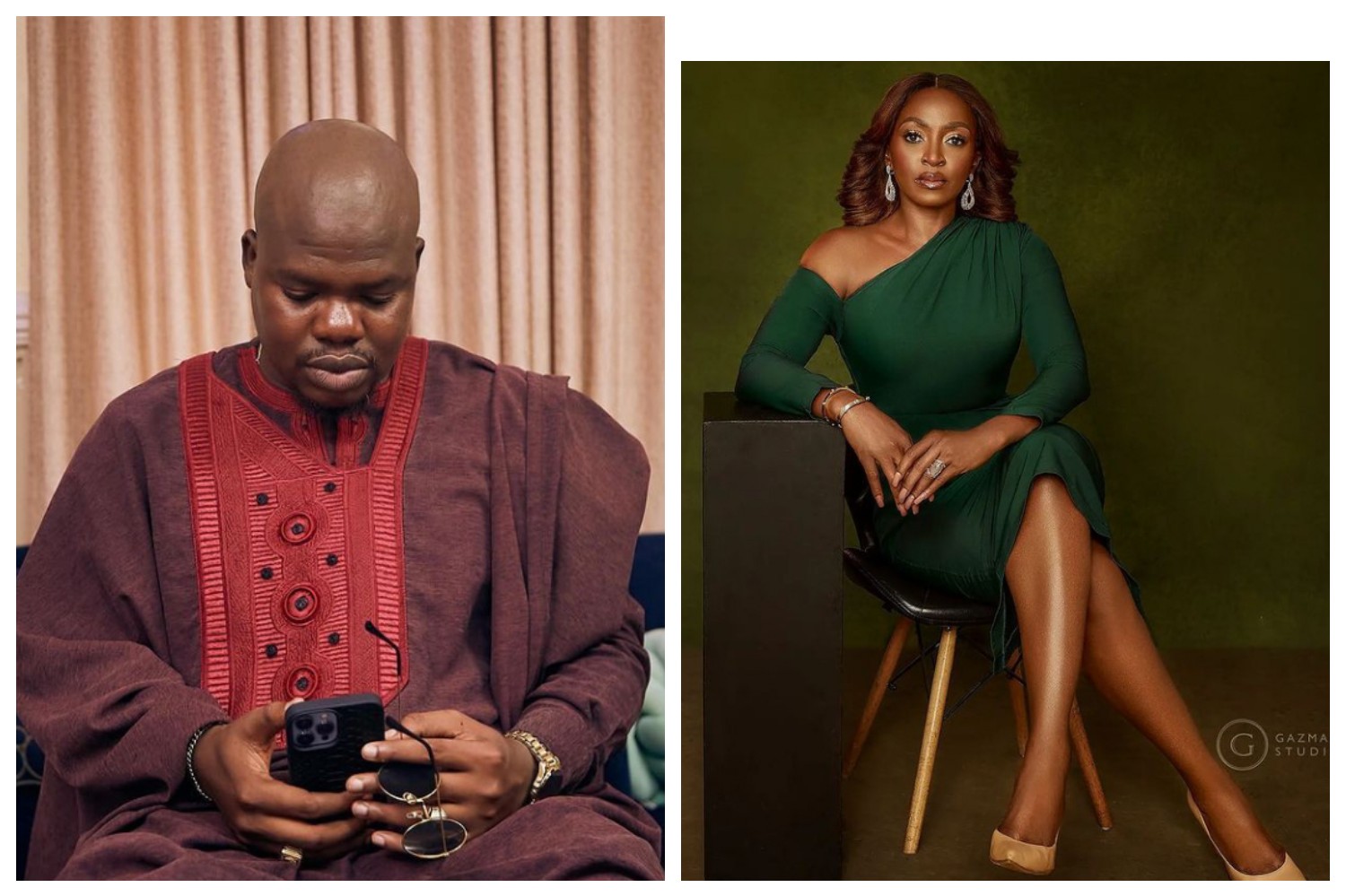 This comes after Mr Macaroni reacted to a stunning photo of Kate Henshaw shared on the microblogging platform Twitter.

Mr Macaroni admitted that Kate Henshaw is relatively older than him, but her stunning picture makes him vibrate.

He wrote: Aunty Kate. I know say you no be my mate but your picture dey make me vibrate.

The post generated mixed reactions from Twitter users as some encouraged him, saying age is just a number, while others claimed that Kate would not accept him.

Jidopompi wrote: shoot your shot jare @mrmacaroni cos age is nothing but number… we find love in different places.

Popularlarry wrote: Kate don old ooo but she no want to accept.

Beardless Smallie wrote: Na to report you to mummy wa… if she knack you akpako.. your body will calm down.

It was recalls Mr Macaroni, notified the general public over a death threat he received from a man identified as Prince Tiamiyu Lawal.

This comes amidst the scheduled protest at the Lekki Toll Gate if it re-opens for operations as directed by the Lagos Governor Babajide Sanwo-Olu.

In a post shared on the microblogging platform Twitter, the man identified as Tiamiyu Lawal opined that Mr Macaroni would end his life untimely because of foolishness.

While questioning Mr Macaroni’s business with the Lekki Toll Gate, Tiamiyu Lawal vowed to kill Mr Macaroni if seen at the Toll Gate for protest today.

According to Mr Macaroni, Tiamiyu Lawal’s threat is one of the many threats he received regularly, and he called on the Nigerian Police and Lagos State Government to take action.

The post reads: This Macaroni of guy will most likely end his life untimely because of foolish… very senseless unpatriotic bastard… what’s his business with Lekki Toll Gate. I pray I get hold of him tomorrow at the Toll Gate, I will kill him on sight.

Mr Macaroni wrote: This is one of many threats I receive regularly. Nigerian Police and Lagos state Government… I love you, and I know you love me too.