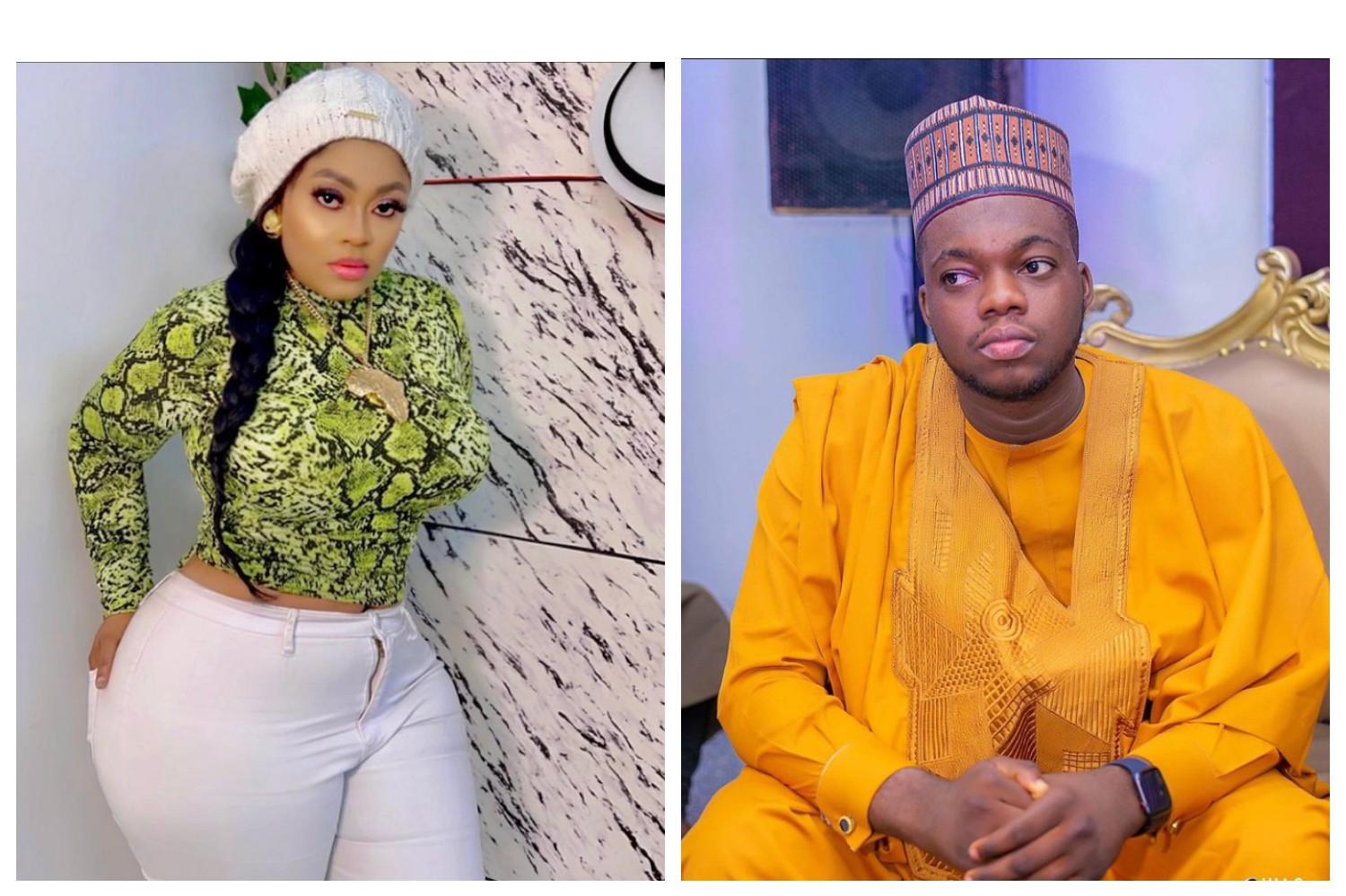 Nigerian Instagram comedian and skit maker Abdulgafar Ahmad, popularly known as Cute Abiola, has been called out for alleged sex for roles and romantic affairs with curvy Nollywood actress Omoborty.

This was disclosed by Instagram blogger, Gistlovers alleging Cute Abiola is currently having issues with his wife over consistent infidelity with ladies he features in his comedy skit.

According to the blogger, Cute Abiola’s wife has lots of evidence regarding her husband, which made the skit maker collect her phone and log her out of all social media platforms.

Apart from engaging with many young girls whom he allegedly features in bed before his skit, Cute Abiola’s sexual relationship with Omoborty prompted his wife’s threats to publish some evidence on social media.

Some of the leaked chats revealed how Omoborty asked Cute Abiola about his penis functioning, which he shared with some friends.

The post reads: TALES OF DODOMAYANA ABIOLA TO PE ARA EH NI CUTEEEE: Hello tueh tueh things Dey happen oooo. Information reaching our headquarters is that all is not well with Comedian ABIOLA’s marriage, eye witness who witness the matter talk say in front of staffs say Biola collect him wife phone and seize am hence the lady has not been online,according to our informant the reason why Biola take collect the phone be say him wife get a lot of evidence saved on the phone as to how.

The cute ABIOLA is frolicking with almost all the girls wey him Dey do skit with and the one that caught my attention Na Aunty Nollywood, E shock you??? E no shock me at all oo because nor be new thing for that their industry, infact Fathia balogun Na the oga of this table, to Dey knack small small pikin Na that one work, back to our gist ooo, naso oga take seize the phone oo becaus evidence boku for the phone, fortunately when Aunty Biodun ask Biola say shey him machine him Dey work.

Biola is said to carry woman pass Bae u sef, according to our source Bae u Dey learn work, say almost 90 percent of all the girls him Dey feature him Dey first feature them for bed first, him favorite spot Na Pelican hotel for chevron and dmatel for agungi , Na there he Dey carry those girls go, the wife got tired and threatened him to release all the evidence online including Aunty Biodun’s own.

The eye witness narrates that as it is he got another phone for his wife and log her out of her Instagram page currently she doesn’t have access to the page and kept lying to the girl that she lost the phone, the girl confided in a friend naso that one share am with another friend, fiam matter don reach headquarters, he is also said to be in a serious knacking relationship with this kissie pearl girl that she calls her mum and him Dey lodge that one for hotel well well, the eye witness also narrates that out of anger Biolas wife accused him of always going to Omorbortys

House and not coming home, it was also revealed that she got to read some of their chat and has all of them saved on that phone that ABIOLA seized, as it is now tension don Dey ABIOLA’s numerous girlfriends camp, everybody thinking Na me them go post with Biola, but unfortunately how many person wan post melo lafe ka (how many we want count?) las las ABIOLA wey Dey talk say don’t mind that Aunty agbaya don latter go meet Aunty ooo, wahala be like gistlover page oo, e nor Dey last

Dear The Semi cute Abiola, for the very last time kindly keep your prick in check, stop featuring girls on bed before featuring them in your skit, I know if I post this a lot of girls will come out to share their experience with you, stop doing S£X for roles, stop it, stop it, last warning, I come in peace