‘You are a good wife and mother to me’ Actor Afeeze Owo eulogises his wife, Mide Martins, on her birthday 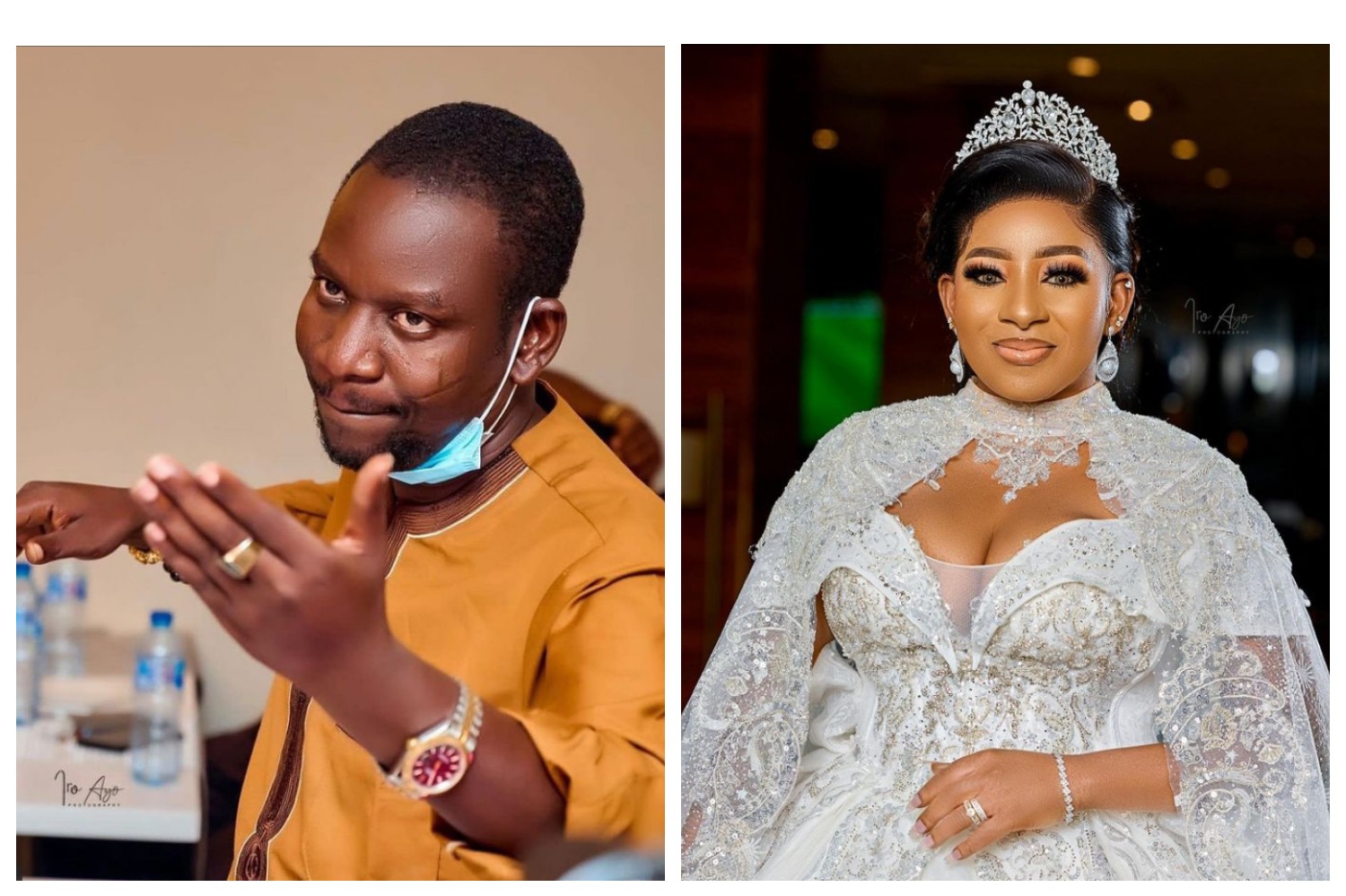 Nollywood actor Afeeze Owo has taken to social media to eulogise his wife and colleague Mide Martins as she celebrates her birthday today, 12th April 2022.

In the photos shared on his Instagram page, Mide Martins was captured dazzling in a beautiful white ball gown dress which made many people gush at her beauty.

Afeeze Owo described Mide Martins as his queen, joy, and world best, stating that she is a good wife and mother to him.

Afeeze Owo added he is proud of his wife any day and time and prayed that her joy would never go down and everything she holds will continue to increase.

He wrote: Happy birthday to my Queen,my Joy, My world best my everything you are a good wife and mother to me, you are beautiful in and out, I’m super proud of you any day anytime, your joy will never go down Ajoke, everything you hold will continue to increase inshallah May Almighty Allah continue to channel your way may he bless your home. Wa jere Awon Omo e lase Olohun love you always my own Elle,igbaa ODun odun Kan niiii @mydemartins

It was recalls Mide Martins recounted a near-death experience during movie production.

For the actress, getting injuries during filmmaking has become a norm for her as it is one of the pitfalls of movie-making.

The talented actress who had to endure pains to make her movie outstanding believes movie making isn’t about money but about passion and passing across the information.

We, lovers of movies, don’t know the extra miles or efforts they put in behind the scenes to give us the best.

Mide Martins, who recently produced her new movie, Onitemi recounted the pains she had to endure to give her fans the best.

Taking to her Instagram page, the actress revealed how she almost lost her brain while on set.

Praying for her efforts not to be in vain, Mide disclosed that she almost lost her brain while shooting a particular scene.

She stated that she hit her head badly on the tiles but God’s grace sustained her.

The actress, whose movie was taken down on YouTube prayed that God crowns her efforts.