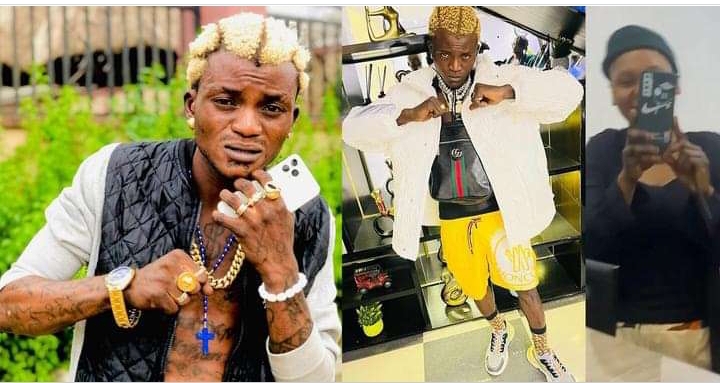 Popular Afrobeat singer, Portable Omolalomi, has seemingly declared himself a loyal fan of apple product as he recently warned a fan to desist from using an Android Phone to film him.

Portable who has gained notoriety for his unpredictable character and temperament has consistently been in the news ever since his single “zazu zeh” dominated airwaves less than a year ago.

See also  "If I Don't Win A Grammy Award, There Will Be War" Portable Reveals {Video}

In a recent video making rounds on social media, the singer was spotted at a fashion store where a fan attempted to take a photo of him with an Android phone.

“Don’t use Android phone camera me,” Portable retorted after spotting the fan pulling a smartphone on him.