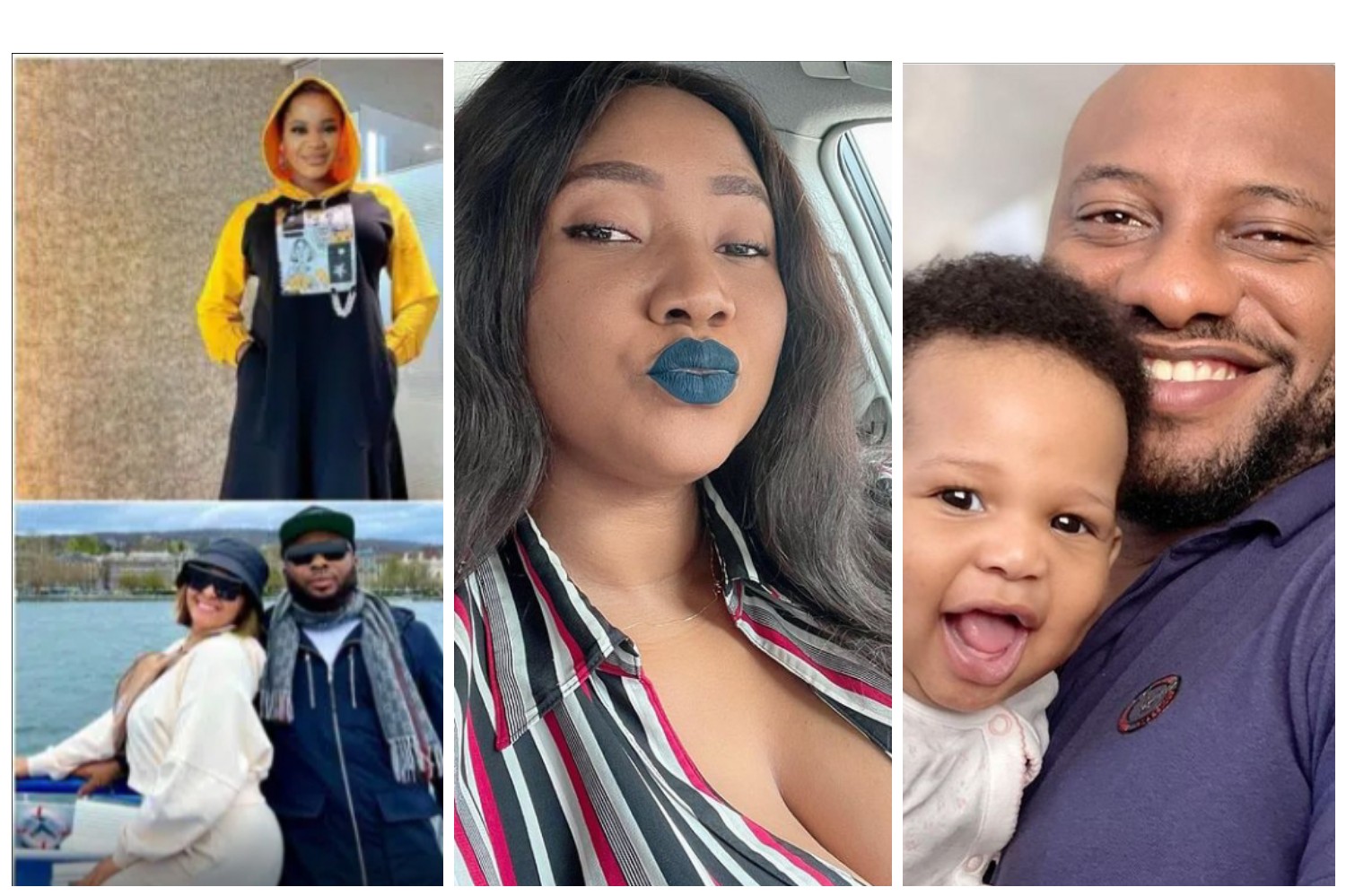 Nollywood actress Uche Ogbodo has gotten herself in trouble with her show of love to Yul Edochie’s second wife, Judy Austin.

Since the news broke out that the actor had cheated on his wife, Mary Yul Edochie, with his colleague, Nigerians have been mercilessly dragging the political aspirant.

News reported that Yul Edochie had confirmed the rumour making rounds that he allegedly got his colleague, Judy Austin pregnant.

The actor who is married to May Edochie with 4 lovely kids (3 boys and a girl) reportedly welcomed a bouncing baby with his colleague turned baby mama, Judith Austin in 2021.

However, reacting to the rumours which spread like wildfire then, Yul Edochie asked his critics to concentrate on his several other achievements and leave his private life alone.

However, after a popular blog called him out (Gistlover), the movie star owned up and showed off his new added family.

“It’s time for the world to meet my son.
His name is STAR DIKE MUNACHIMSO YUL-EDOCHIE.
Born by my second wife @judyaustin1
And I love him so much, just as much as I love my other children” he wrote on Instagram.

Hours after the news broke out, Judy Austin shared a stunning photo of herself, and Uche Ogbodo took to her comment section to gush over her.

She commented with, “My girl”.

Her comment didn’t sit with Nigerians has they dragged her for it.

A fan noted how the actress also did the same thing when Rosy Meurer was revealed to be the homewrecker and side chick of Tonto Dikeh’s husband, Olakunle Churchill.

humble_sugargirl : Na only side chicks page you dey go support when yawa gas! That was how you flew to Churchill wife – Meurer Abi mumu when their scandal was hot. No dey do like enemy of progress

See also  If my husband messes up, I’ll marry another man, making it four baby daddies. Is it your womb? – Toyin Lawani fires back at critics

bigb3lla : as in eh wetin be this? Uche Ogbodo na shameless girl

this_cita_alex : I knew it, you will always support evil & evil shall follow u”.

The reality star had congratulated him which many didn’t find amusing.

wisdom_okehh : Stop this Frodd which Odogwu

Ada_ehim : Why won’t you congratulate him

Jasmine_luxury_hair : Odogwu kee him there. Chai I pity that his beautiful wife.