Nollywood Actor, Chinwetalu Agu Bedridden For Days, Reveals What Came Out Of His Body After Surviving Spiritual Attack [Video] 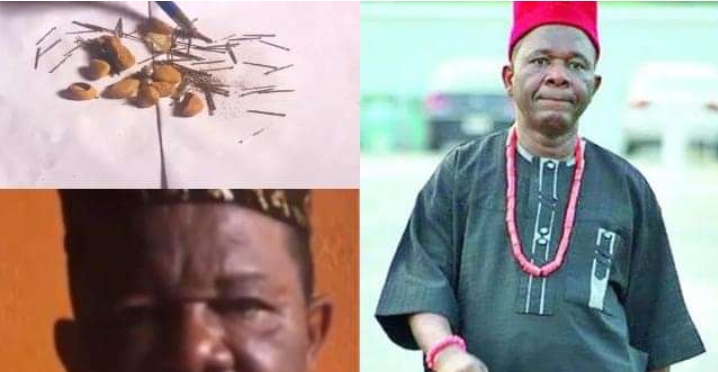 Popular Nollywood actor, Chiwetalu Agu has revealed some of the things that came out of his body after series of spiritual attacks.

The veteran actor who is thankfully alive and has survived multiple spiritual attacks by unknown enemies revealed the numerous nails, glass, which were taken out of his body which was supposedly spiritually put there.

Among some of the things taken out of his body was a key which the veteran actor revealed, was pulled out from his heart region as well as multiple cowries.

This online news platform recalls when Chinwetalu Agu spoke out on how he was treated in detention in the hands of DSS, soldiers.

The actor recounted his experience in the hands of the Nigerian Army and the Department of State Services, DSS.

See also  ‘If you want to compete with me, then you should be ready to use your dad for money ritual’, Bobrisky drags female Nigerian celebrities

The 75-year-old actor was arrested in Upper Iweka Bridge in Onitsha, Anambra State.

Agu was picked up while carrying out a charity activity, for wearing a Biafra-themed outfit.

He was, however, released but DSS rearrested him.

Agu disclosed that soldiers and DSS operatives treated him with respect while in detention.