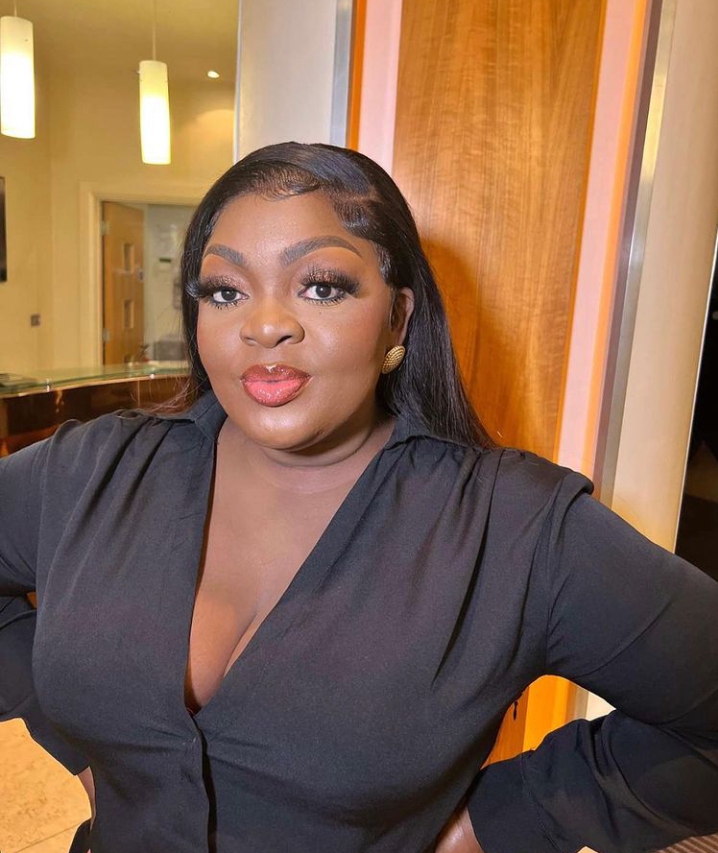 The award winning actress Eniola Badmus took to her verified Instagram page on Friday to post stunning photo of herself..

Eniola in the post revealed she is every man’s choice and her Dm is filled with so many messages from men. She pleads with with the men in her Dm to take it easy on her.

“Every man’s choice… I can’t even lie my Dm is crazy right now, y’all should take it easy on me oo”, She wrote.

In the picture accompanying the post Eniola is seen wearing a black dress, the makeup she wore blended perfectly with her skin tone giving her a gorgeous look.

Eniola’s acting career started in the year 2000 until in 2008 when she shot to recognition upon starring in two Yoruba  films titled Jenifa and Omo Ghetto. Both movies are instrumental to her rise in the Nigeria entertainment industry which has since seen her star as both lead and supporting actress in several Yoruba and English films.

Eniola has starred in so many movies among them include; Karma, Big offer, Funke, Miracle, Oshaprapra, The spell, Jenifa, Not my Queen, Blackberry babes, Mr and Mrs Ibu, Child seller, Miss Fashion and so many others.

I don’t have issues with Iyabo Ojo- Eniola Badmus declares

Plus-size actress and filmmaker, Eniola Badmus has come a long way in Nollywood since her days of small beginnings. The role interpreter who is set to celebrate her 20 years in Nollywood with a party […]

August 26, 2022 admin Celebrity gossip Comments Off on “Her Surgeon Na Baddest” – Fans Gush Over Eniola Badmus As She Flaunts Banging Body While Dancing at Party (video)

Popular Nigerian actress, Eniola Badmus, is once again in the news over her new banging body. Just recently, a video of the former plus-sized actress made the rounds on social media and got a lot […]

Nollywood actress Eniola Badmus has received a surprise gift from the company of the alleged lover of Mercy Aigbe. A few weeks ago, an Instagram blogger Gist Lovers, alleged that Mercy Aigbe is romantically linked […]