“Give me 2 years and I’ll be bigger than Wizkid” – Singer, Portable tells Nigerians 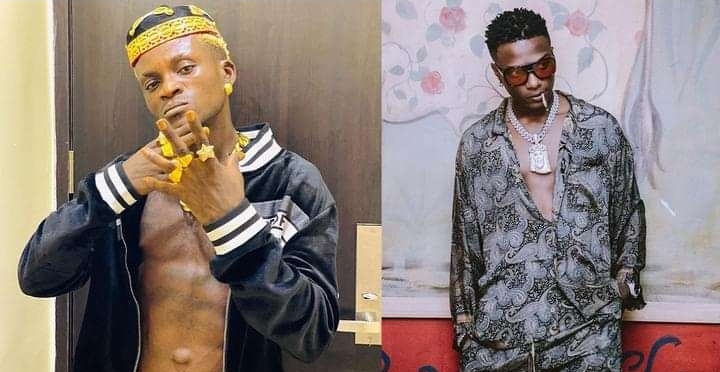 Popular singer, Habeeb Okikiola better known as Portable, has taken to Twitter to make a seemingly impossible promise to Nigerians.

In a tweet shared on Monday, May 9, the singer who rose to fame in 2021 after his hit single, Zazoo, which featured Olamide and Poco Lee, became a street anthem, told Nigerians to give him two years and he will be bigger than Wizkid.

According to the “Werey Olorin”, Nigerians should watch out for him because in two years, he will be a bigger star than the Grammy award winning artiste who has been in the limelight for over ten years.

See also  “I don’t appreciate all these people telling me what to do with my life” – Dancer, Korra Obidi blows hot (video)

This tweet has sparked hilarious reactions from social media users.

See how some reacted below,

@Devcron5 wrote, “In skit making maybe but definitely not music”

@collinsatos wrote, “Young man, so 9ice take promise us Grammy and we no even see headies. You have started.”

@Oluwalion wrote, “Make wizkid no sing again, in 50 years you can’t be bigger than his super star album”

@marvinsgains wrote, “It’s a free word to say whatever that pleases you yes!! But to be a legend you have to acknowledge the works of a legend. Don’t brag upon a hit, one hit wonder. Learn to create something new not something odd to get noticed. No shades.”