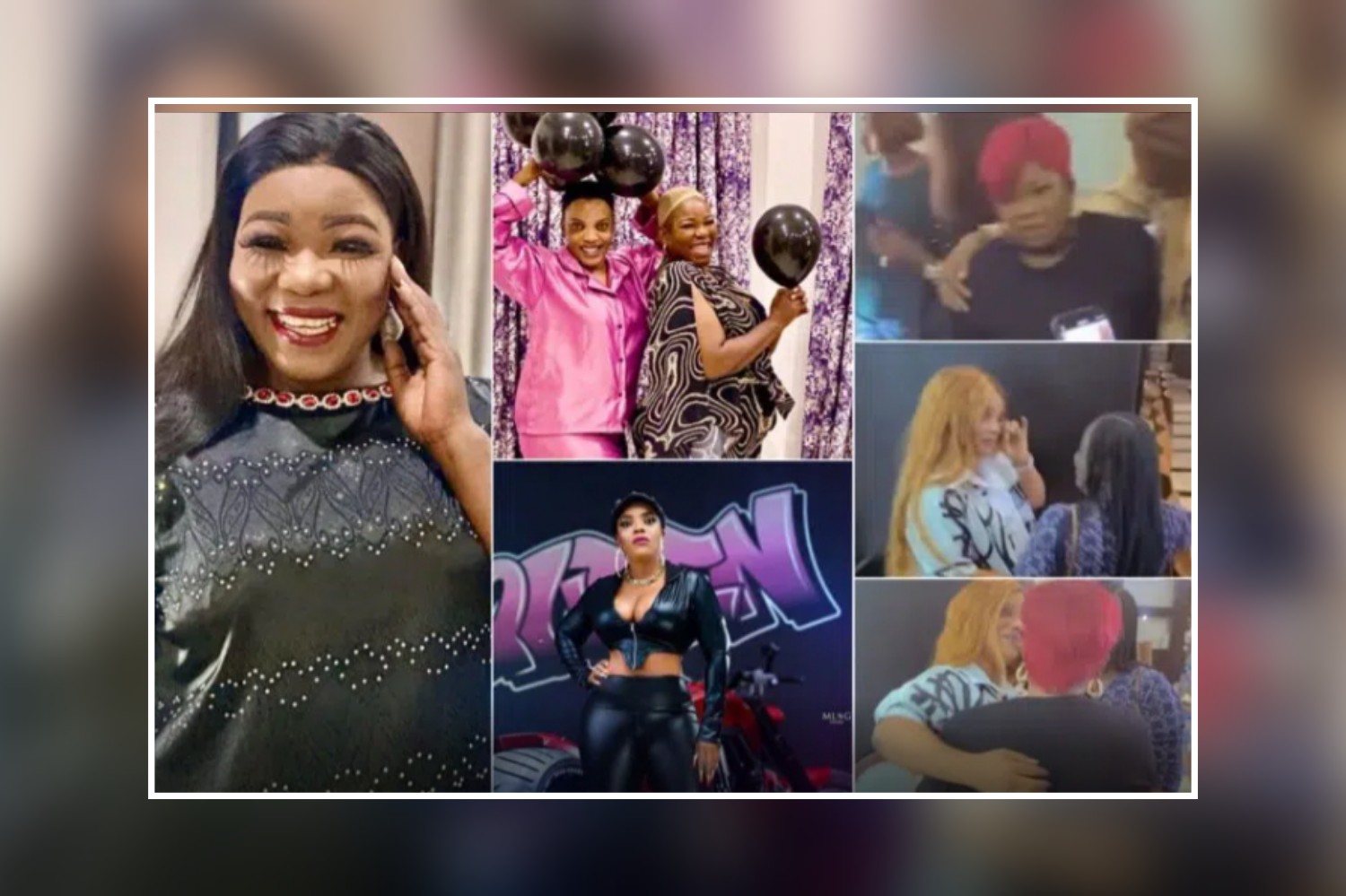 Nollywood actress Ada Ameh couldn’t hold back her tears as her best friend and colleague, Empress Njamah surprised her on her birthday.

The veteran who lost her only child clocked a new age on Sunday, May 15 and was treated to a surprise birthday bash from her longtime friend.

Sharing the sweet video to her Instagram page, Empress Njamah called on Nigerians to pray for the actress.

She wrote, “WORLD @adaameh DAY… Friends and family please drop a prayer for my RIDE OR DIE…No caption needed all the one hour talk this morning don cover up for my caption, so gerrar my darling”.

It was recalls Empress Njamah called out her best friend Ada Ameh for owing her 1.8 million Naira.

The friendship of Ada Ameh and Empress Njamah is one which many had likened to the popular cliche ‘a friend that sticks more than a brother’, and celebrities and fans have not stopped gushing at them.

In a post shared on Instagram, Empress Njamah jokingly called out Ada Ameh for refusing to pay the sum of 1.8 million for using her expensive phone to take her beautiful photos.

According to Empress Njamah, Ada Ameh ignored her, and she’s tired of asking her, and she had no choice but to bring it to social media.

Sharing photos of Ada Ameh, Empress Njamah wrote: @adaameh please and please kindly pay me my money,you have been ignoring me since and am tired of asking, I have no choice but to bring it up here,How can you be ungrateful?What wrong did I do? What’s my sin?

After taking my time to use my sweat in buying an expensive phone and snapped you these beautiful pictures you have refused to pay me,see as you fine,Abeg your money na 1.8 million, don’t let this get messy”.