Actress Nkechi Blessing Sunday, a prominent Nigerian professional movie actress and brand ambassador was recently on her Instagram page to drop a new photo of herself in a bid to entertain her fans and supporters. Accompanying the photo is a caption, which states that she’s unstoppable.

Furthermore, the new photo was released through her verified Instagram account, which has over 350 thousand followers. Meanwhile, looking at the photo and the caption, it shows that she feels unbothered about any side talks that will distract her. The beautiful actress has proven that despite breaking up with her Ekiti-born lover, Falegan Opeyemi, she still has a life and a blossoming career, which she says are her priorities. She has also been able to establish herself as a hardworking and consistent entertainer, with her efforts gradually paying off handsomely. 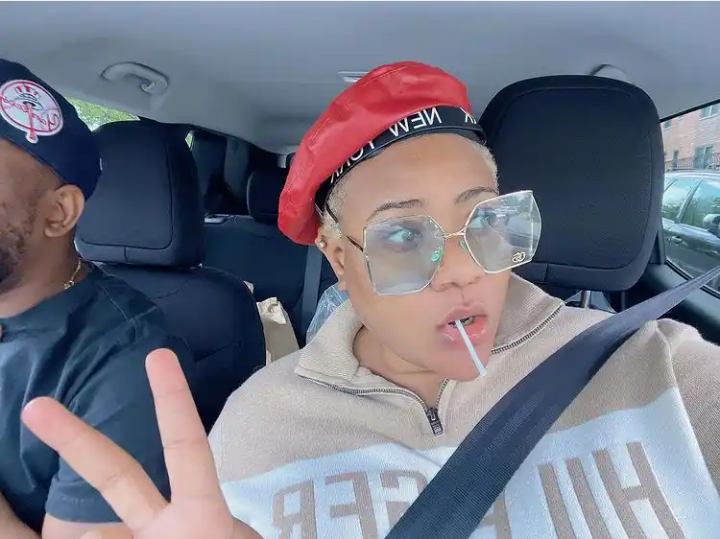 Her full caption reads,”Your only revenge should be more and more success. Unstoppable. Child of Grace.”

Check Out The Screenshot Of Her Caption Below

As expected, immediately after the post surfaced online, her fans and followers quickly rushed down to the comment section to express their reactions from different perspectives.

See also  Work More On Being A Brand Not Just A Star, Says Nkechi Blessing As She Shares New Adorable Photos.

June 17, 2022 admin Entertainment Gist Comments Off on “Marry me and forget these Nigerian men” – Nkechi Blessing shares message she received from a Gambian admirer

Nollywood actress, Nkechi Blessing Sunday has shown that she’s still receiving advances from men despite her messy breakup from her ex-partner, Opeyemi Falegan. The curvaceous thespian took to her Instagram page to share a screenshot of the message she […]

‘Yes, we don’t fear, and I will do it again’, Actress Foluke Daramola reacts as veteran Actor Jide Kosoko calls her out for confronting him

February 24, 2022 admin Celebrity gossip Comments Off on ‘Yes, we don’t fear, and I will do it again’, Actress Foluke Daramola reacts as veteran Actor Jide Kosoko calls her out for confronting him

Veteran Nollywood actor Prince Jide Kosoko has called out her junior colleague actress Foluke Daramola for confronting and disrespecting him. Jide Kosoko made this known in a post shared via his Instagram page with a […]

“How Did You Build That House? Don’t Make Me Bring Some Things Out That You Won’t Like”-Nkechi Blessing Ex-husband Question Her (Video)

April 9, 2022 admin Celebrity gossip Comments Off on “How Did You Build That House? Don’t Make Me Bring Some Things Out That You Won’t Like”-Nkechi Blessing Ex-husband Question Her (Video)

It seems that the victim has finally reacted to the hurtful words and attack that he has been facing from his once upon a time lover, Nollywood actress Nkechi Blessing. In a recent interview video […]