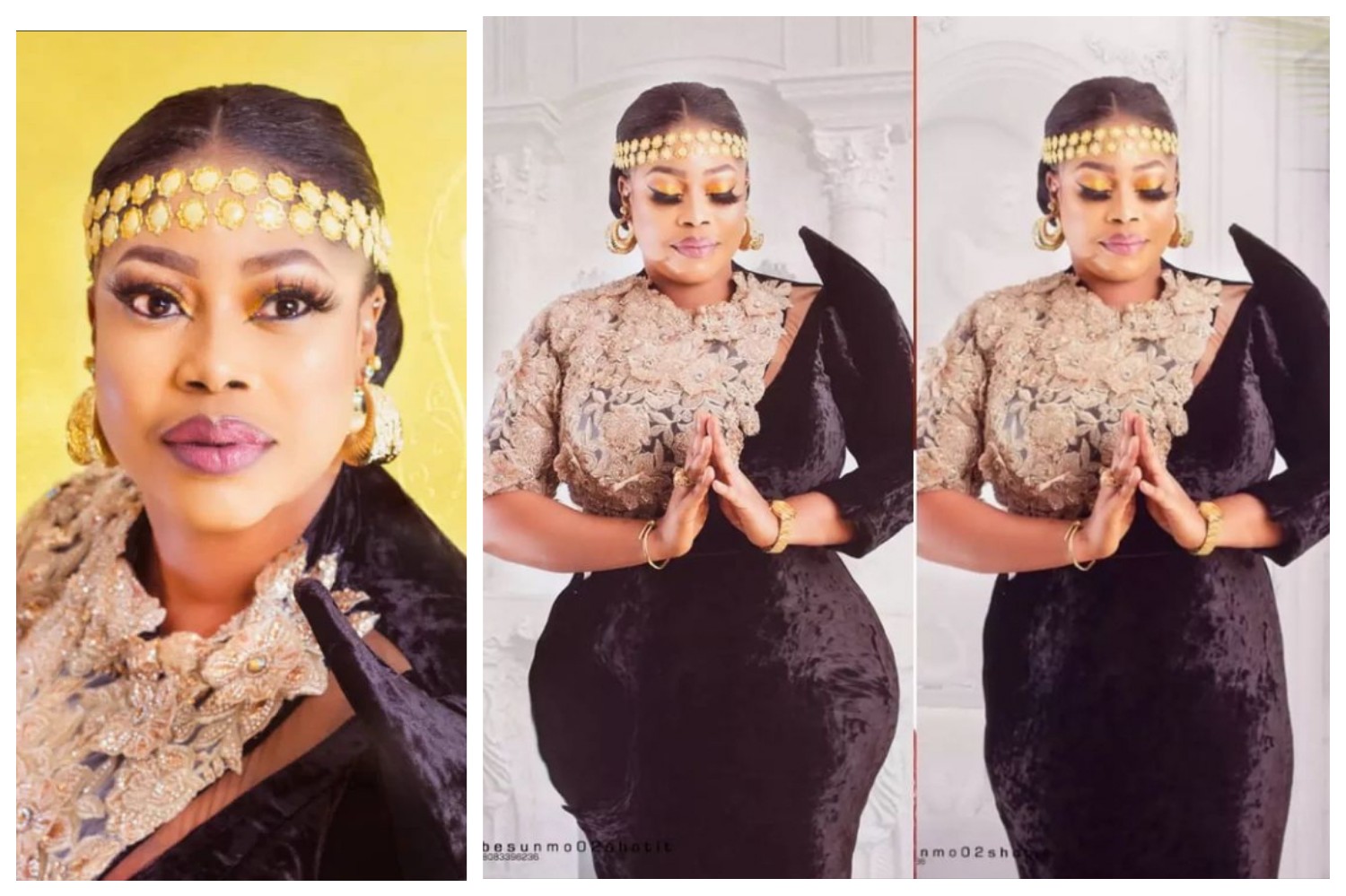 In the wake of the avoidable death of popular port Harcourt influencer, Christabel, who lost her life following an unsuccessful botched plastic surgery done on her in Nigeria, actress Bimbo Akinsanya’s photographer has given her fake hips and bum in her latest photos to stop her from going for such body enhancement surgery,

Nollygistvibes gathered that the single mother of one, Bimbo Akinsanya, who often nursed the idea of going for surgery after having all her kids to look sexy for her new man, was coerced into changing her mind after her photographer edited her real photos to beautify her more with a message that she doesn’t need body enhancement surgery to look sexy.

“When my photographer sent me the big yansh picture, I said kileleyi? It is beautiful but that is not me omo, send me my original pictures ooo if you see the way I shouted henn. Figure 8 is truly beautiful… I remember telling my niece I was going to do lipo after having all my kids, but, not anymore👎mi o le wa ku nitori mo fe soge (I can not die because I want to look sexy) RIP to the dead.”

Further commenting on Christabel’s death, Bimbo Akinsanya wrote “Chai and I was thinking of doing this lipo after having all my kids, just to be for my future husband, hmmm i no dey do again”

It was recalls that hours after the popular Porthacourt Influencer, Christabel died as a result of complications from a botched Plastic Surgery done here in Nigeria.

A friend of hers, Miss Posha confirmed her death and shed light on she died from the botched surgery complications.

She tweeted “I want to bring this to the public, A friend friend just died at this hospital in Lagos Nigeria, few days ago. where she underwent surgery. Now I’m not against anybody that want to enhance their body or anything as such, is your body life and choice, So do want you love –

But I’m against doctors that claim they have experience abroad, come down to Nigeria to kill young people, after the surgery she complained of bleeding and the doctors claimed is normal it will stop, now this is the problem, how are you a highly skilled and professional plastic Surgeon with experience abroad and someone you finish operating on, complained about bleeding and you said is normal it will stop ? Neglecting her no care whatsoever! Are you sick!

See also  Itele links up with his other kids, days after reuniting with his ex wife

The most annoying part here is, that this gal died days ago without anybody knowing and the Hospital did not find it needful to contact any of her relatives. Until the few friends who knew she was going for surgery said she supposed to have been back since days now, now they decided to go to the hospital to check on her; arriving they were offered a letter that her body has been deposited at the mortuary

This is sickening, now I think the government need to come into this health System and check the capability of most surgeons and make there own research if really they are well trained surgeons to be able to operate on humans if not their

The license should be seized! Arrest and jailed! RIP Crystabel”