Regina Daniels and hubby, Pa Ned Nwoko step out romantically to Queen of England’s 70th year on the throne 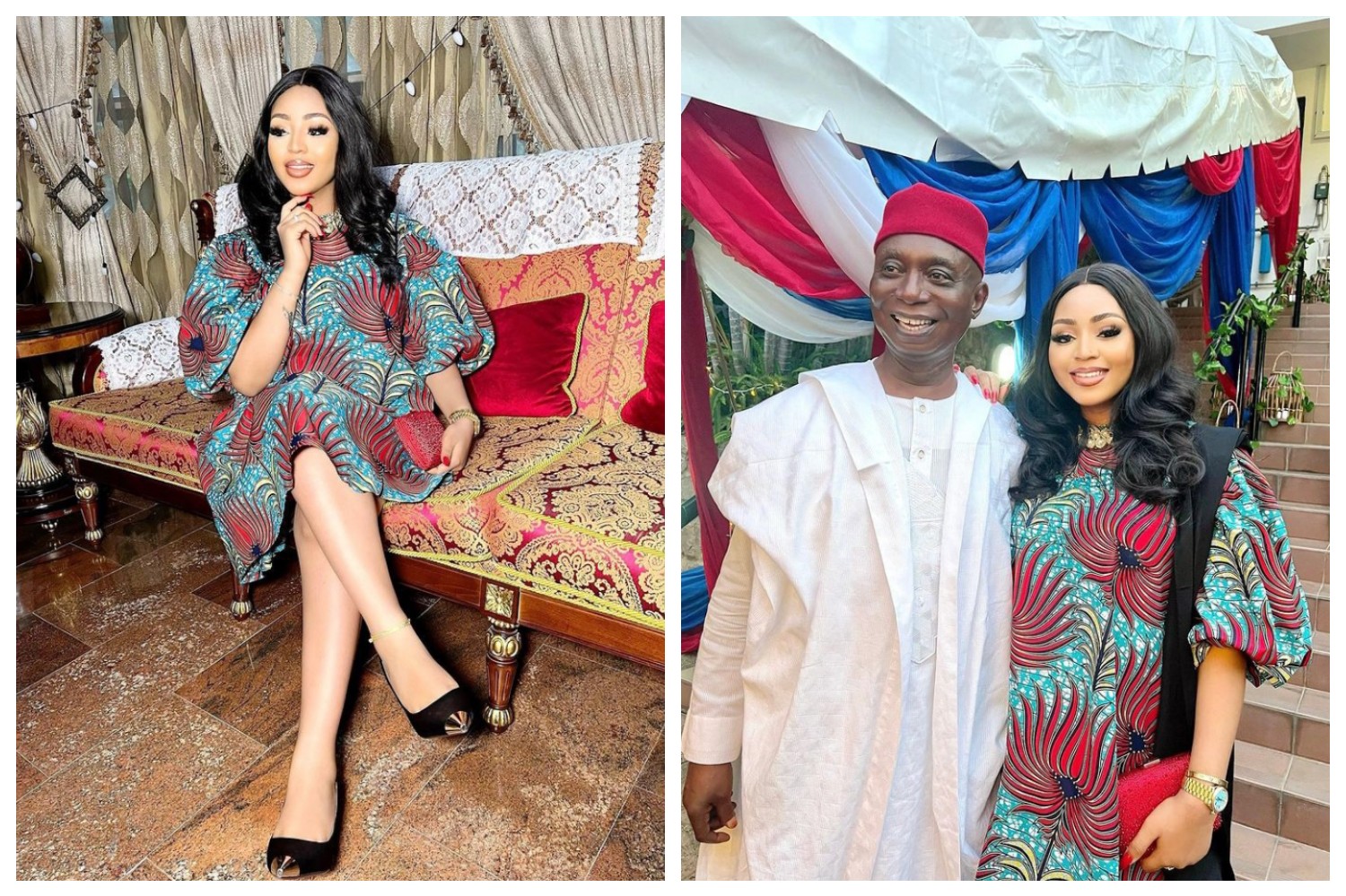 Nollywood actress, Regina Daniels and her politician husband, Ned Nwoko were part of guests invited to celebrate the 70th year of Queen of England on the throne.

The movie star who is expecting her second child with her billionaire husband was spotted donning a beautiful Ankara gown with puffy sleeves.

The event which was organised in Nigeria by British High Commission had different dignitaries grace the occasion.

“We honored the invitation of the British high commissioner to celebrate the Queen’s 70th year on throne,” she captioned her post on Instagram.

Britain is celebrating Queen Elizabeth II’s Platinum Jubilee, her 70th year on the throne, with a huge dollop of pomp.

The celebration kicked off yesterday, Thursday, June 2 with a military parade in London, Trooping the Colour, with 1,400 troops in bearskin caps,  alongside an Irish wolfhound nicknamed Seamus, marching to honour the queen’s formal birthday.

But the palace later announced that while she “greatly enjoyed” the parade, she “did experience some discomfort” and would miss Friday’s thanksgiving service at St. Paul’s Cathedral.