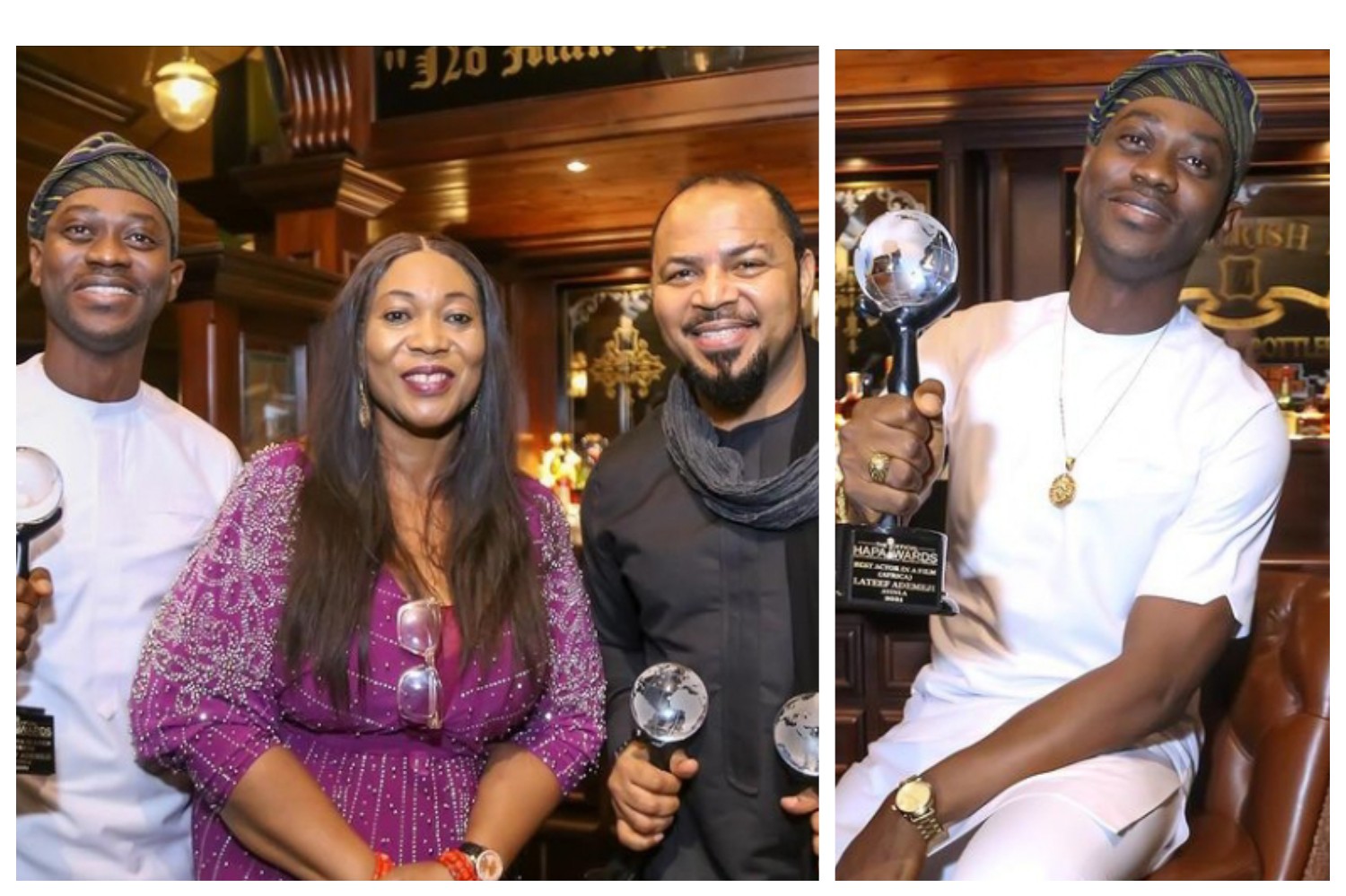 Nollywood actor Lateef Adedimeji is quite ecstatic as he bags an international award alongside Etinosa Idemudia and Ramsey Nouah.

Lateef bagged the best actor award for his lead role in the movie, Ayinla at the recently held HAPA award.

Taking to his Instagram page, Lateef wrote, “Best Actor in a film! AYINLA! Thank you! I was honored last night ta a private dinner with the Founder & CEO/Executive Producer, Hollywood and African Prestigious Awards, Ms Tina Weisinger with my boss @ramseynouah and beautiful @etinosaofficial in the filming industry as the Best Africa Male Actor from United States of America. Thank you @hapawards, thank you babami @tkelani, thank you my ever gallant @jadeosiberu”.

See also  I Was Given A Job, I Didn't Do It Because I Had Mental Issues- Actress Ada Ameh Says (Video)

It was recalls Lateef Adedimeji had revealed his readiness for backlash as he played the role of the National leader of the All Progressive Congress Asiwaju Bola Ahmed Tinubu in the movie ‘Last Man Standing.’

Lateef Adedimeji, in an interview with Saturday Beats, said there will be many misconceptions, especially with the current happenings in the build-up to the 2023 election.

However, he was prepared for whatever may happen because he was only doing his job.

According to Lateef Adedimji, at first, he seemed uninterested in the role because politics can be scary and Tinubu is not a mere politician.

However, he considered that the role would be one of the defining moments in his career and would stretch him as an actor.