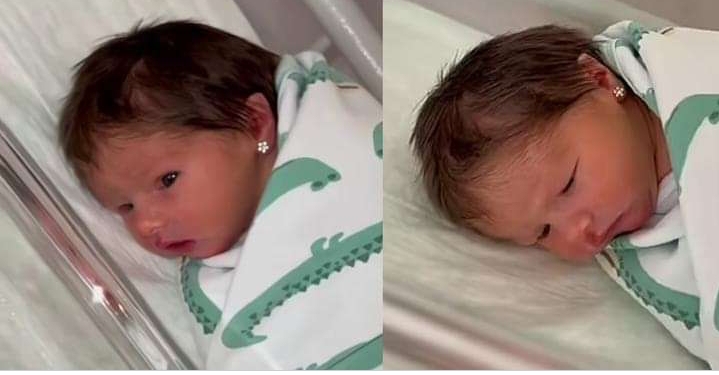 A new mom has been heavily criticized on TikTok for piercing her daughter’s ears on the same day she was born.

The Australian mom who has a TikTok account under her daughter’s name, Lara, had shared a lovely video of her daughter when she was born and what she looks like now at three months old.

However, the eagle eyes of netizens spotted a flower earring in the photo taken when Lara was newly born in the hospital and they didn’t hesitate to drag her mom to filth for making the life-long decision for her daughter.

According to critics, the mom should have waited till Lara was old enough to decide if she wants to pierce her ears or not.

Some others defended the mom and stated that in some cultures, it’s normal to pierce a child’s ears at an early age.

See how some reacted below,