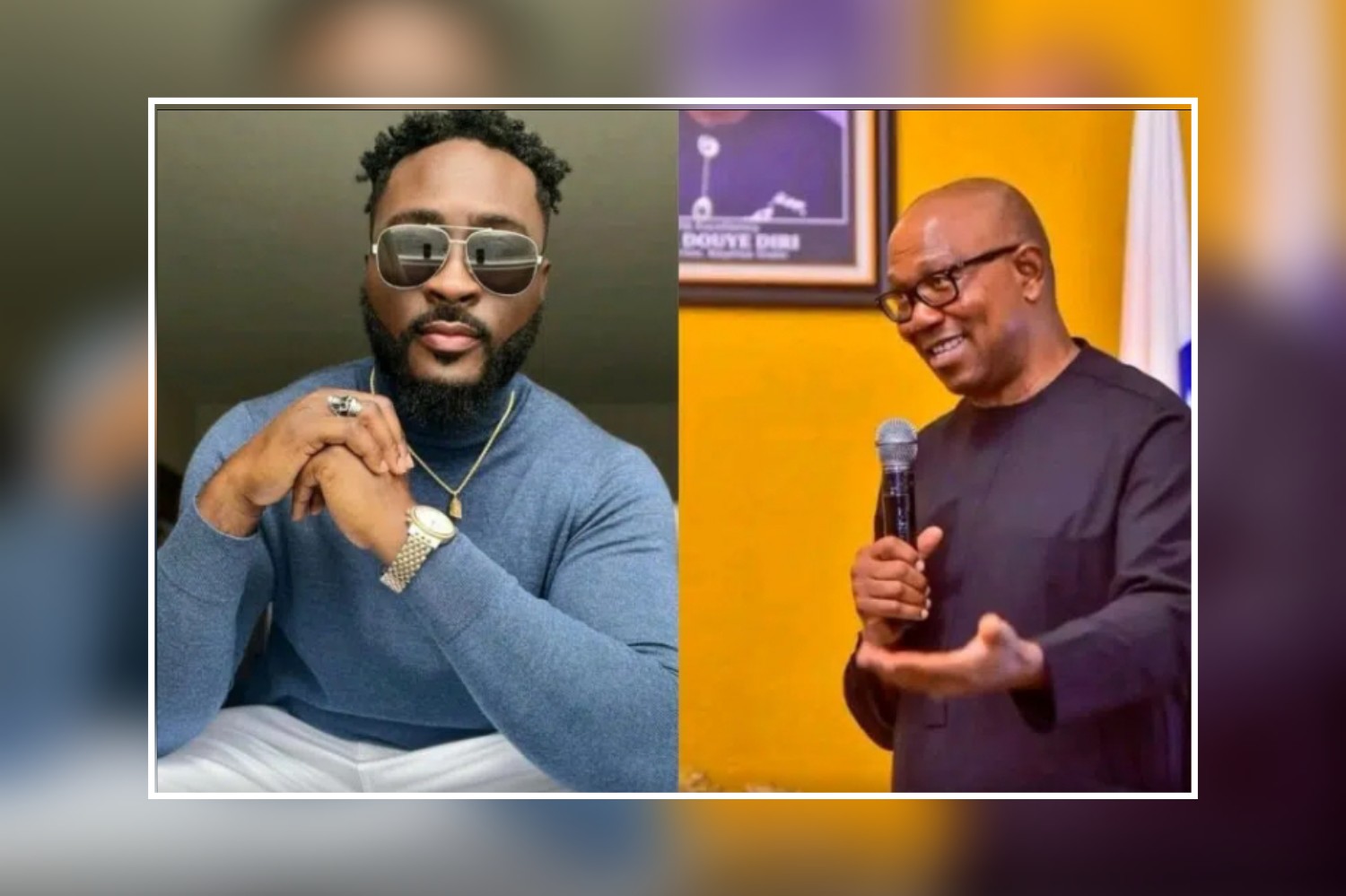 Big Brother Naija star, Pere Egbi has given himself up for online drags following a tweet he made about the presidential flagbearer of the Labour Party, Peter Obi.

Taking to his Twitter handle, the controversial Reality Show star stated that the former Governor of Anambra State joined the wrong party.

To Pere, this could be detrimental to his ambition and may result in him not achieving his goal of being the president of Nigeria come 2023.

In his words: “Peter Obi joined the wrong party. Period.”

Reacting, Twitter users descended on the ex-Shine Ya Eye housemate while reprimanding him for such a statement.

It would be recalled that the Labour Party has issued Peter Obi, his certificate of return after his recent victory at the LP Presidential primary.

National Chairman of the party, Julius Abure, handed over the certificate to Obi at a ceremony at its National headquarters in Abuja, on Friday.

While handing over the certificate, Abure described the ceremony as a milestone in the life of the party.

He said, “I said so because it is a new dawn for the people of this country. It is a new dawn because the people have been enslaved over the years and a new movement has began that will liberate them from the slavery of hunger, poverty, employment, bad governance and insecurity in the land.

“Wherever I have been to people have confronted me on how Am i going to deliver Peter Obi since you have no structure and my response has always been that a people that have decided to liberate themselves you can never stop them.

“I have also maintained that it is people that form structure. The structure belongs to the people and the people of Nigeria have made up their minds to liberate themselves and what will happen in the next few weeks will shock you what Nigeria s will do.

“We already have structure across the country, across the states and local government as well as in the units.

That structure will be further ventilated because Nigerians have decided to make a change and this change is inevitable. “

In response, the presidential candidate Peter Obi while responding said, “Whenever I hear of no structure my answer to it is simple. The 100 million Nigerians living under poverty will be the structure.

“The 35 million Nigerian youths who don’t know where the next meal will come from, will be structure.

He also explained that in 2011 when ASUU went on Strike, though he could not meet up but he was able to strike a middle ground with ASUU.

According to him Anambra State University is not part of the ongoing ASUU strike because the precedent he set of N5b subvention yearly is still on.

He said the money that was in his custody was for the public hence he had the duty to utilize it judiciously for the people.

He promised to turn Nigeria from a consumer nation to producer nation.

“We must talk about the future of Nigeria to change the trend to ensure that our youth become productive, woth job opportunities, our aim us to move Nigeria from consumption to production.”