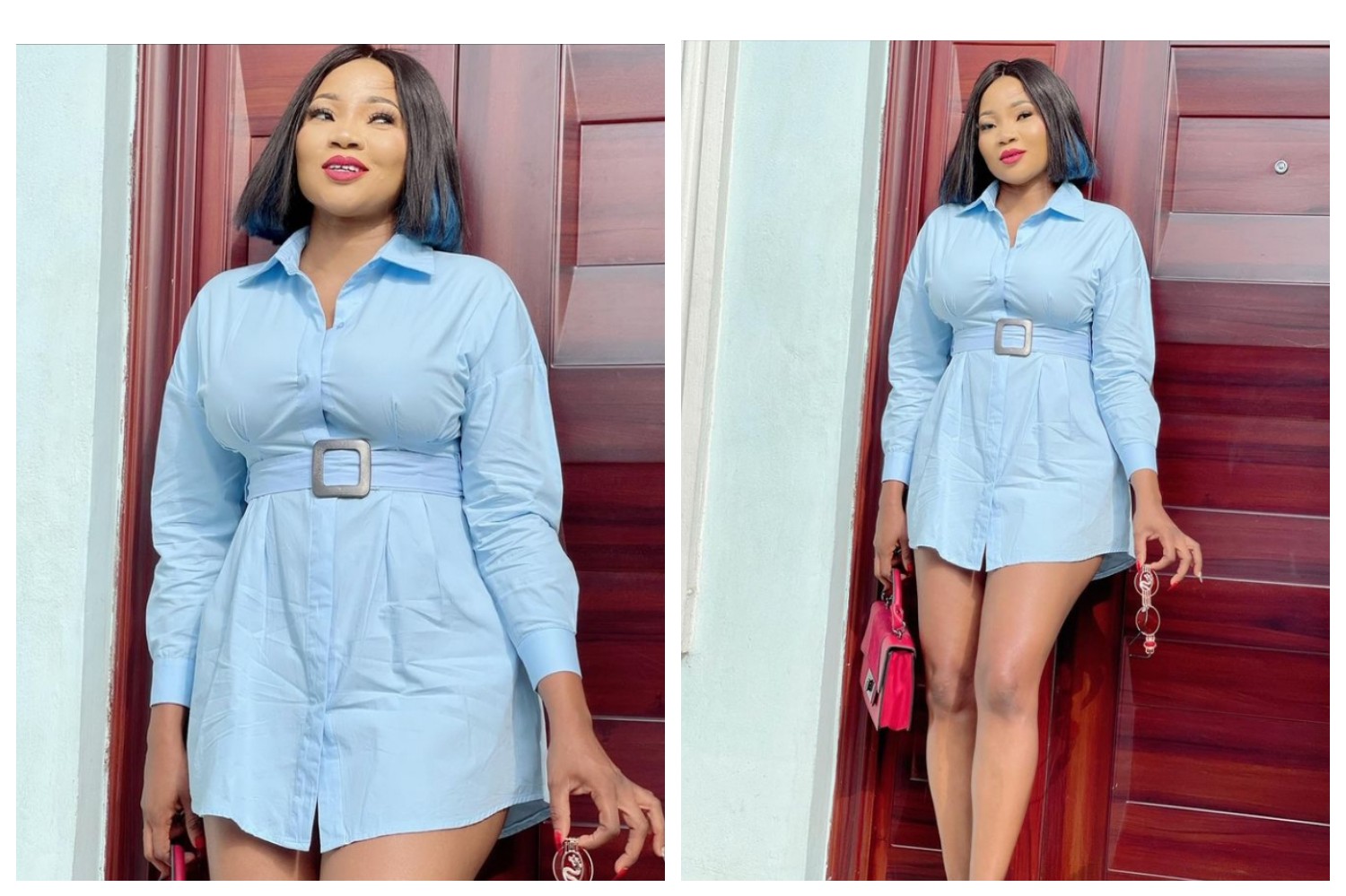 A Nigerian actress, Jumoke Odetola, who started off her Nollywood career in the English-language cinema, before acting in several Yoruba-language films.

She took to her official Instagram page and shared stunning pictures of herself, which caused her Instagram followers to react and show their concerns about the pictures.

While she was captioning the pictures, she said she is tall and her leg is long, that some people can be tall, and their leg will not be long, she concluded that it is God that make it like that.

Also, she said there are a lot of good news she wants to unveil, but the depressing news in the country has been making it difficult for her to share. Read the comments of her followers on her official Instagram page below.