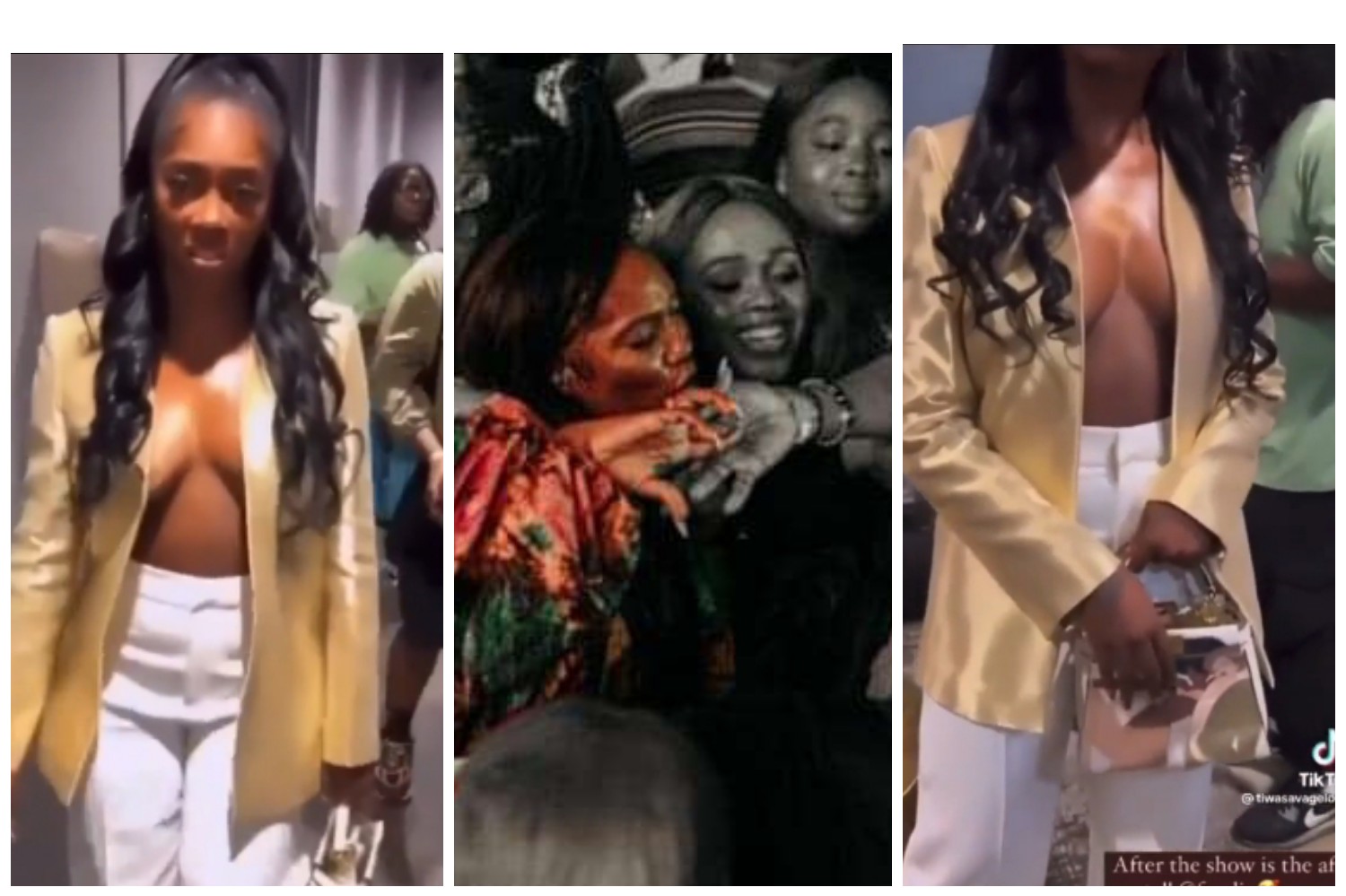 A video of singer Tiwa Savage stepping out to a function in a carton colour jacket on pants without a bra on and showing off her cleavage is presently trending on social media.

In the video, the singer and single mum of one, Tiwa Savage appeared uncomfortable while being recorded as she made her way into the function she was dressed for.

Tiwa Savage’s uneasiness in the video has now sparked mixed reactions on social media with many mocking her for stepping out in such a manner when she wasn’t confident enough to handle it.

See also  Actor Kolawole Ajeyemi opens up on being younger than his wife, Toyin Abraham

One Karen wrote “She looks so uncomfortable in it, why wear it when it is not giving you comfort”

One Adedeji wrote “Is this dress-up comfortable for her? No matter what it is she is not comfortable and decent for her to be in such dresses … despite the viral indecent video that leaked last time she needed to adjust but display what people label her…Just my tot what do I know”

One Taiwo sarcastically wrote “she shouldn’t have worn jacket, going for topless would have been the best”

One Jola wrote “It’s so obvious that she’s not comfortable and scared of her boobs spilling out.Shameless”

It was recalls that Tiwa Savage recently admitted that she has been served lots of ‘breakfast’, which is slang for break up.

See also  Tiwa Savage's Sex Tape: One Of The Biggest Scandals That Rocked The Entertainment Industry In 2021

The singer has been through a tough time finding love since her marriage to Tunji Balogun better known as TeeBillz ended.

During the Rick Ross and Davido live in concert, Tiwa Savage took to the stage to vent out her frustration.

She admitted that she has been jilted a lot of times.

Tiwa Savage said, “I have been served breakfast too much”.