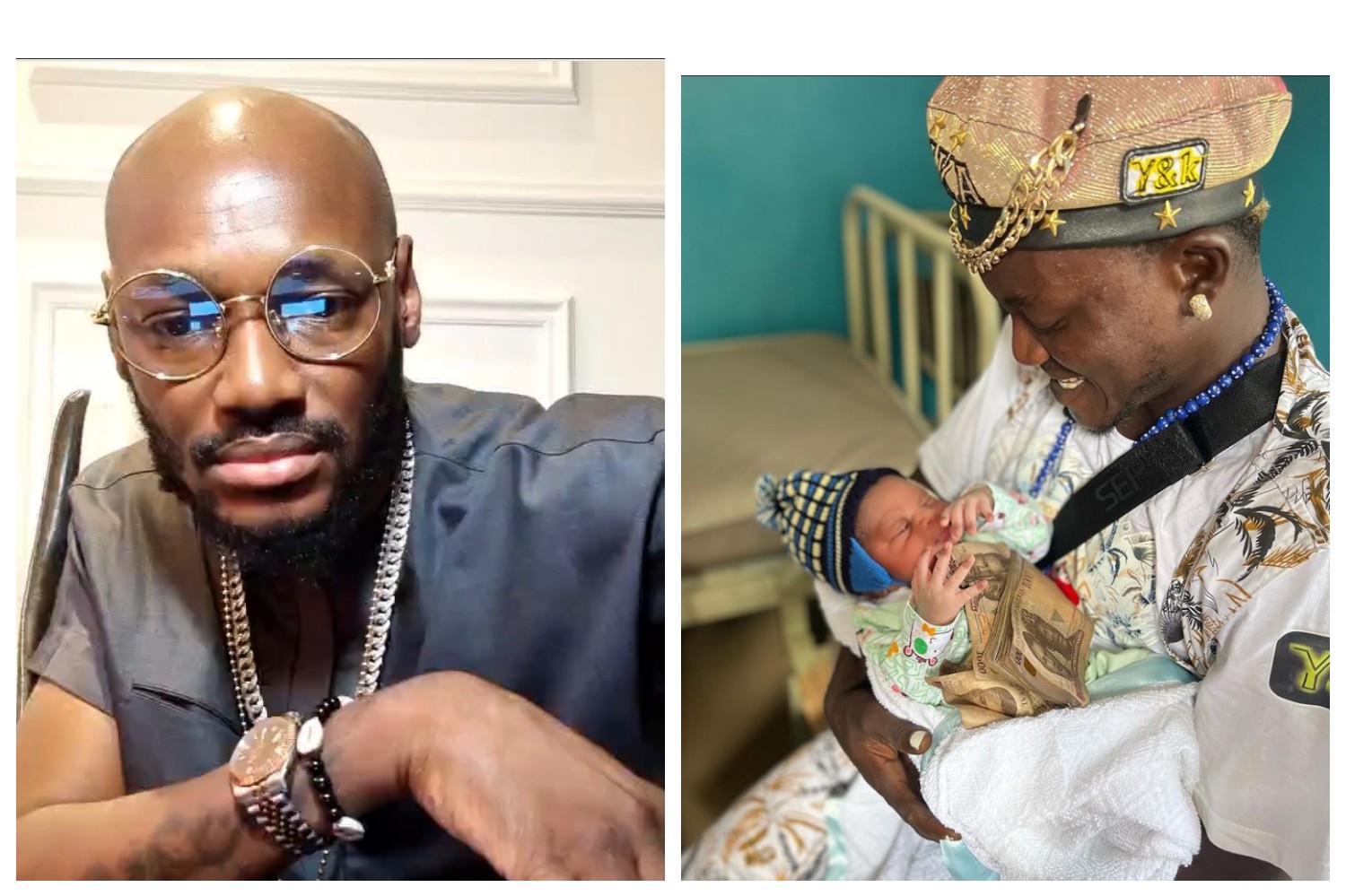 Nollygistvibes reported that Portable Portable announced the arrival of his child, Opeyemi Oluwa, a few months after disclosing that he is expecting his third child.

His baby mama wrote, “Congratulations to me I survived the delivery room”.

Mixed reactions have trailed this development as Nigerians congratulate the Zazuu crooner on the latest addition to his family.

However, a fan noted that Portable is gradually following the steps of legendary singer Innocent Idibia, known as 2face or 2baba.

It is no longer news that 2Face is the father of seven children. Three of them are his first baby mama, Pero Adeniyi, two from his former girlfriend, Sunmbo Adeoye, and the remaining two from his wife, Annie Idibia.

It was recalls Portable had revealed that he has two sons from different mothers. He made this known in an interview with Jahbless Original Intelligence, where he talked about his relationship, background, and rise to stardom.

When asked if he had children, the singer revealed that he has two sons from different mothers.

He said, “I have two boys, strong mafians.”