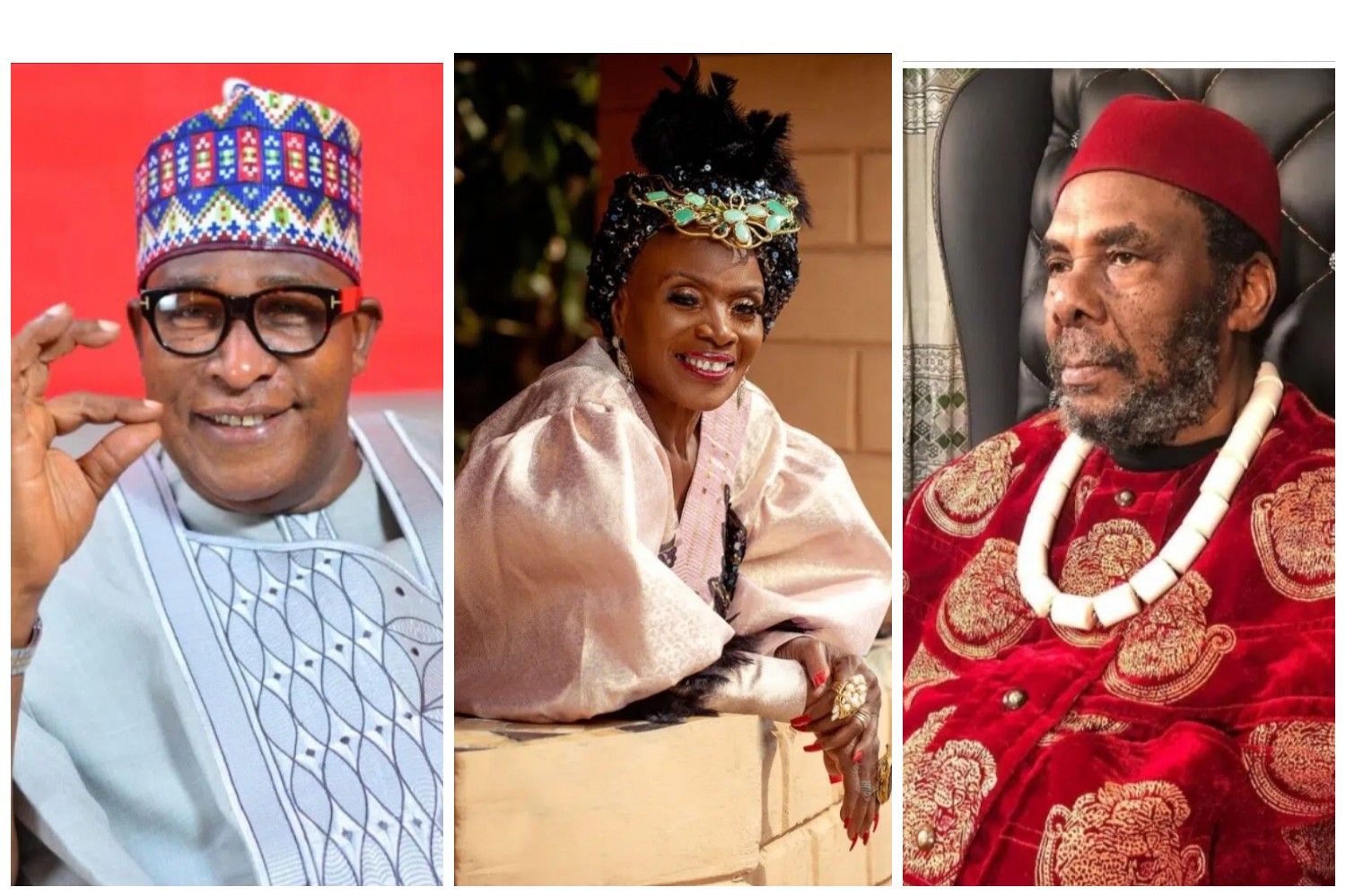 We’ll focus on the oldest Nollywood actors and actresses who are still active in service. The film industry has compiled a long list of notable performers aged 70 and up who have persisted to take on demanding and spectacular performing arts on the big screen.

Below are few of the Nollywood actors;

Pete Edochie, often known as Ebudike, is a 75-year-old veteran Nollywood actor and broadcaster who is considered one of Nigeria’s most accomplished actors. He is a non-stop Nollywood actor who continues to land jobs in the film industry.

Taiwo Ajai Lycett, an 81-year-old experienced Nigerian actress, journalist, and television presenter is affectionately referred to as aunty TAL by his younger colleagues in the film industry. The screen diva is still active in the industry, having recently acted in Kemi Adetiba’s film, “King of Boys.”

Lanre Hassan, also known by her stage name Iya Awero, is a 71-year-old veteran actress who is still working and making an effect in the film industry. Iya Awero has been in a number of films, the most recent being her role as “Iya Loja” in Kemi Adetiba’s crime blockbuster “King of Boys.”

See also  “I accepted to be a second wife, my husband is a muslim” -Mercy Aigbe spills

Chief Lere Paimo, a veteran Yoruba film actor, is still active at the age of 83. Recently, the actor spent two weeks on location in Ibadan portraying the late controversial Ibadan-based politician Lamidi Adedibu in a new biopic, Adedibu, Alagbara Ibadan, produced by Best of Nollywood Magazine Publisher Seun Oloketuyi. The film is set to be released in theatres soon.

Alhaji Kareem Adepoju, popularly known as Baba Wande, is a veteran actor, producer, and writer who is 72 years old. He starred in the 1993 masterpiece “Ti Oluwa Nile” and the 1994 classic “Ayo Ni Mofe.” He has remained relevant to this day since he began his acting career. His most recent film credits include Fate of Alakada (2020) and Oba Bi Olorun (2019). (2021).

At the age of 70, legendary actor and producer Chief Adebayo Salami, also known by his stage name “Oga Bello,” is still active in the film industry. He has continued to produce and perform in film productions, most recently in the epic film “King of Thieves,” produced by his son Femi Adebayo.

Veteran Actor, RMD Meets His Lookalike For The First Time, Spends Quality Moment With Him