“All I want is peace, apologize to your first wife” Larrit tells Mercy Aigbe, gives reasons 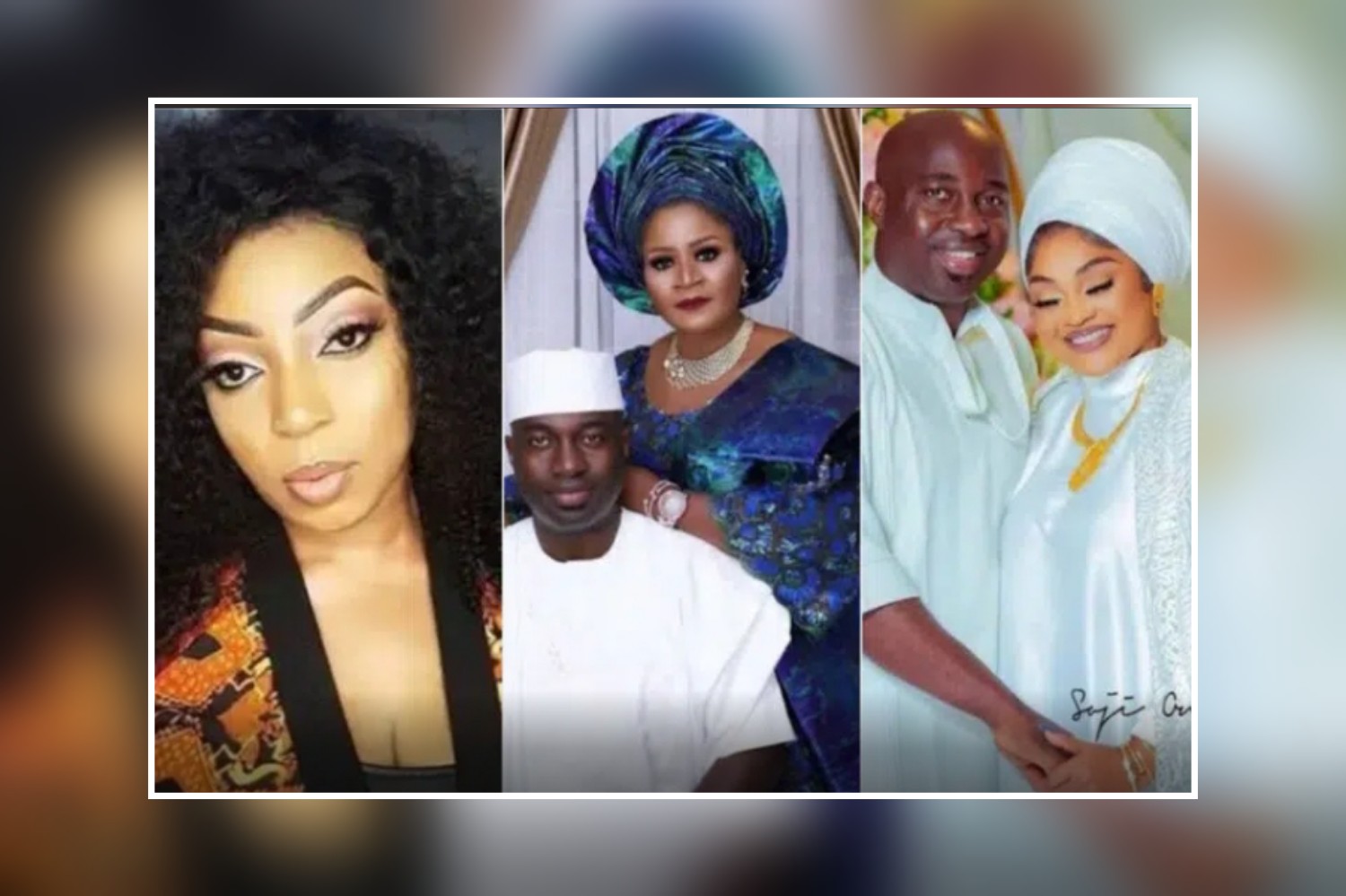 Businesswoman and socialite, Omolara Olukotun better known as Larrit has continued to speak out on her bitter fight with actress, Mercy Aigbe.

The entrepreneur has urged the actress to let peace reign in her family because of several blessings which she could miss.

The founder of Larrit Shoe Village had earlier revealed more about her fight with actress, Mercy Aigbe.

She claimed that she fought Mercy Aigbe because she dared her husband’s first wife, Funsho Adeoti.

Setting the records straight, Larrit stated that she had issues with Mercy Aigbe due to her attitude in her marriage to movie marketer, Kazim Adeoti.

The businesswoman noted how Aigbe dared Adeoti’s first wife and that was why she had issues with her, Mercy Aigbe.

Larrit faulted her for having the audacity to disrespect, show off and display different indirect signals following her marriage.

See also  “I didn’t know people loved me this much”, Laide Bakare speechless over the massive turnout at her housewarming party

She said that Mercy Aigbe daring her husband’s first wife, Funsho and referring to herself as ‘Aya D’Owner knowing fully well that Kazim is married with four kids, is what disgust her and what she stands against.

Larrit stated that if it’s a crime for her to stand up for her fellow woman who is being oppressed by another, then she isn’t sorry.

She also accused Aigbe of always acting like a victim to the public and showing your devilish part behind closed doors”.

Warning the actress to keep her name out of her mouth, she told her to continue with her lies and victim-playing roles.

Still addressing their infamous fight, Larrit took to Instagram live hours ago where she spoke out about her interest in the Adeoti’s family.

Larrit disclosed that her interest and motive is for peace to reign.

According to her, she got upset because she was peppering her first wife, who doesn’t need that.

Larrit wondered if there was no one close to the actress who can truthfully advise her.

Larrit revealed that the only thing she desires is for peace to reign. She urged the actress to apologise to Funsho Adeoti, Kazim Adeoti’s first wife so peace could reign.

“It is now left for her to accept you. The person you are doing pepper body for doesn’t need that, that’s what got me angry. Come off with this, nobody is telling you the truth. She is already your family. The children already see you as their fathers wife. My interest in the family is peace. Mercy should apologize to her first wife”.

It was recalls on Sunday, June 12, Mercy Aigbe and Larrit engaged in a public brawl at a store opening event of one of their friends.

The former was reportedly shading Mercy Aigbe for staking a claim on her husband despite being the second wife, while Mercy retaliated by asking the D.J to play a diss song.

Although the duo did not mention each other’s names at first, Larrit flared up when Mercy Aigbe stood up and said her name. Then, in anger, she threw a bottle at Mercy, who screamed in fear.