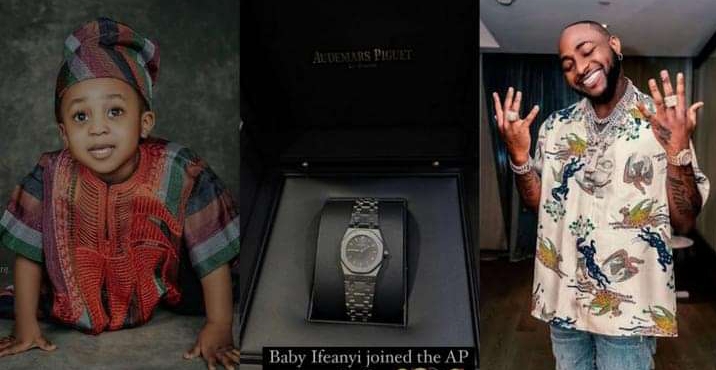 Two years after buying N60million Rolex wrist watches for his daughters, singer Davido has upped his acquisition game by now getting an Audemars Piguet, AP watch of almost N200million for his son, Ifeanyi, whom he shares with his chef baby mama, Chioma.

Making the announcement on Instagram moments ago, Tunde Ednut wrote “Davido just bought his son AP, worth $320,000 = N192,000,000. Hmmmmmmmn! Anyways, it will be a huge investment for his son in the long run. Congratulations, Baby IFEANYI.”

See also  Davido Shows Off His Applauding Transformation Since He Began Exercising.

The act has since sparked mixed reactions on social media with many heaping praises on the singer while some others criticized him for being wasteful.

See also  “A birthday gift from Me to Me”Actress, Destiny Etiko gifts herself a mansion for her birthday