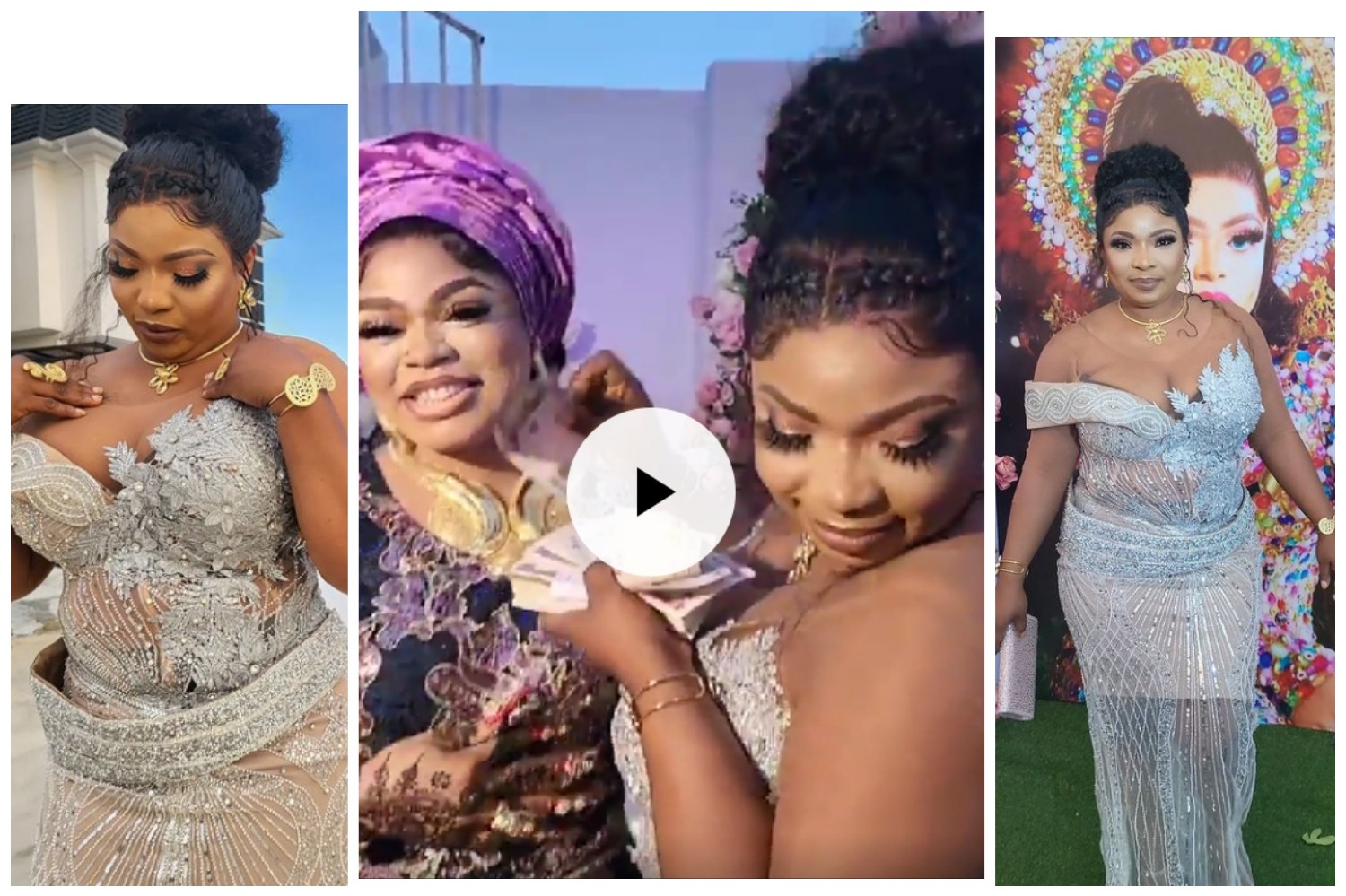 Actress Laide Bakare put up a grand appearance at the housewarming of Bobrisky over the weekend and she stole the show with how she continuously rained money on the celebrant.

While the spraying the wads of cash, the controversial actress who has been in the News lately for allegedly being involved with MC Oluomo and some other politicians bankrolling her expensive lifestyle, said “The motivation here is that, it’s only your own money, you can spend anyhow and anytime, So conquer all Negativity, that might Affect your hustle Today and enjoy your rewards”

Laide Bakare who has been flaunting new vehicles, and mansion in recent times and has been mocked and exposed for being bankrolled by sugar daddies yet deceiving fans by saying she works hard, ensured she was the cynosure of all eyes at the occasion in her beaded shimmery dress.

Meanwhile, some Nigerians have expressed their displeasure over the prayer sessions by some Muslim clerics at crossdresser Bobrisky’s housewarming party on Sunday.

A video of the clerics praying for the controversial celebrity which circulated on social media on Sunday was met with criticism as some questioned why the religious leaders decided to honour Bobrisky’s invitation.