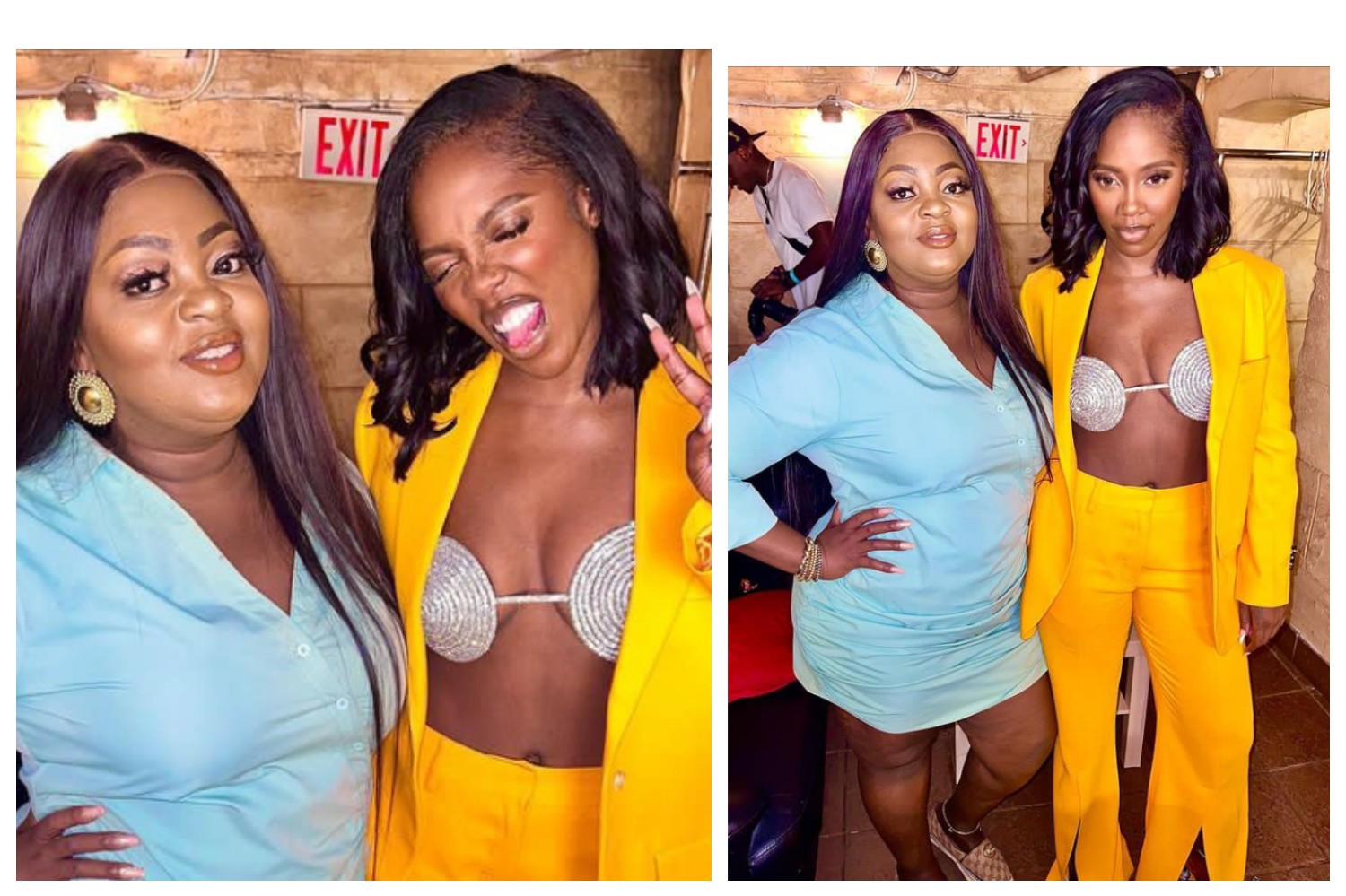 Just few days after she trended for stepping out to a function in a carton colour jacket without a bra, exposing her cleavage, stunning singer, Tiwa Savage has been called out on social media for flaunting her boobs again.

In new photos, shared online by actress, Eniola Badmus, the singer was spotted all cladded in a yellow suit but what caught the attention of many was the way her inner wear which represented her bra was seductively flaunted through the outfit. And this stirred up reactions from commenters.

One, named barakat_92 wrote: This is purely madness

Another Aishagal who could not hide her surprise at her provocative appearance, said: “Mummy Jamal😢 y nau 😢dis dressing is immoral 😢😢Ooooooogosssssh”

fadirano: Na legion dey inside Tiwa for sure…..😳😳😳

Kemi Filani recalls that Tiwa Savage recently admitted that she has been served lots of ‘breakfast’, which is slang for break up.

The singer has been through a tough time finding love since her marriage to Tunji Balogun better known as TeeBillz ended.

During the Rick Ross and Davido live in concert, Tiwa Savage took to the stage to vent out her frustration.

She admitted that she has been jilted a lot of times.