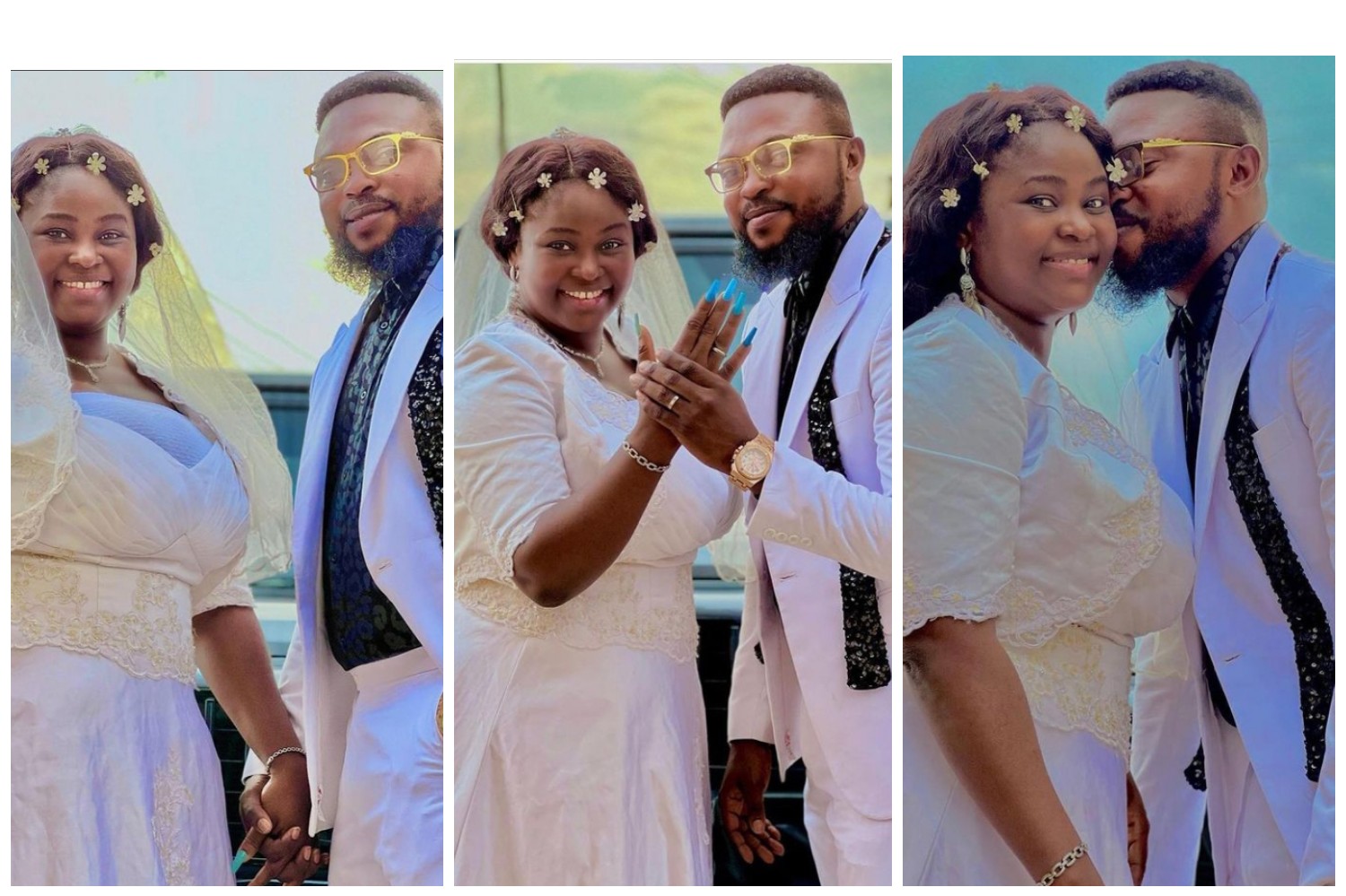 Actors are trained to entertain, and they do it to perfection as they derive joy from keeping people on their toes. Actress Bukola Arugba, who happens to be the wife of Yoruba movie actor Damola Olatunji, has come up with loved-up photos of herself with actor Kolawole Ajeyemi, who is also the husband of actress Toyin Abraham. The two of them were seen in a. loving mood together as they appeared in wedding dresses.

The two of them looked excited and comfortable around each other as they wore an all-white wedding outfit. They took the photos in different poses as they look classy in the photos. Some people thought there could be something strange going on between the two, but as the photos show, it is clear that the reverse is the case.

The duo were scheduled to feature in the same movie as lovers, and they played the role to good effect as they both looked good together in their wedding outfit. The two of them looked happy as the actor gave her a warm hug and a peck as well.

See also  ‘Why I did not post my wedding photos on social media’ – Actress, Nkechi Blessing opens up

There is no cause for alarm as the two of them are professionals who have been asked to play the role of lovers on the movie set and they played according to instructions, as seen in the photos she shared on Instagram.